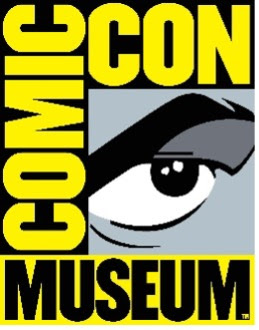 SAN DIEGO, June 28, 2022—Writer Ernest Hemingway casts a long shadow in literature that extends into comic books, where he has appeared alongside Superman, Mickey Mouse and Captain Marvel—he even fought fascists with Wolverine.

Hemingway in Comics, the book and the exhibit at the Comic-Con Museum, explore what it means to be a pop culture icon, and how that image can change over time. Hemingway in Comics celebrates more than 120 of these comics from 18 countries, from the U.S. and Mexico to the Netherlands and Latvia. Artists featured in the show include Chris Ware, Colleen Doran, Cliff Chiang, Steve Rolston, Ryan Inzana, Gabo, Norwegian artist Jason and many others.

The Comic-Con Museum will host a preview of the show in its theater lobby during the July convention, then host the full 60+ artifact exhibition from August to December 2022.

Interviews with author/curator Robert K. Elder are available in advance, as well as with a few select creators featured in the book.

During the convention, a panel will discuss the show on Saturday (11:30 AM -12:30 PM). Panelists include Robert K. Elder (Hemingway in Comics) Elliot S! Maggin (Superman, Action Comics), Zander Cannon (Kaijumax, Smax), Eric Peterson (Jesus Christ: In the Name of the Gun), Dr. Emily Schindler, director of education at the Comic-Con Museum, plus special guests.

Praise for Hemingway in Comics:

“Hemingway in Comics is a fascinating look at America’s finest author in America’s most disposable medium. Hemingway wouldn’t be caught dead reading this book, but since he’s already dead, the rest of us can bask in its two-fisted, pop-culture obsessed meta-history.”

“It’s head-spinning to see all the ways that Ernest Hemingway has been handled in comics. From early reverential cameos, then on to broad caricature, and now moving onto more subtle hagiographies and skewering.

As a comic book artist, I want to draw my Hemingway and get added to a future edition.”

“There’s the Marvel Universe, the DC Universe, and now we have the Hemingway Universe.  Robert K. Elder takes us on an entertaining, enlightening deep dive into a surprising corner of comic book history.”

For more information about Hemingway in Comics, visit:

Tickets to the Comic-Con Museum can be purchased at https://museum.comic-con.org/main

SAN DIEGO COMIC CONVENTION (SDCC) is a California Nonprofit Public Benefit Corporation organized for charitable purposes and dedicated to creating the general public’s awareness of and appreciation for comics and related popular art forms, including participation in and support of public presentations, conventions, exhibits, museums and other public outreach activities which celebrate the historic and ongoing contribution of comics to art and culture. In addition to its San Diego convention each summer Comic-Con (the premier comics convention of its kind in the world), SDCC organizes the Anaheim-based WonderCon each spring, and the SAM (Storytelling Across Media) symposium in the fall.

SDCC is the parent organization of the Comic-Con Museum in San Diego’s Balboa Park. On the web: Comic-Con.org, Facebook.com/comiccon, and follow us on Twitter (@Comic_Con) and on Instagram (@comic_con)