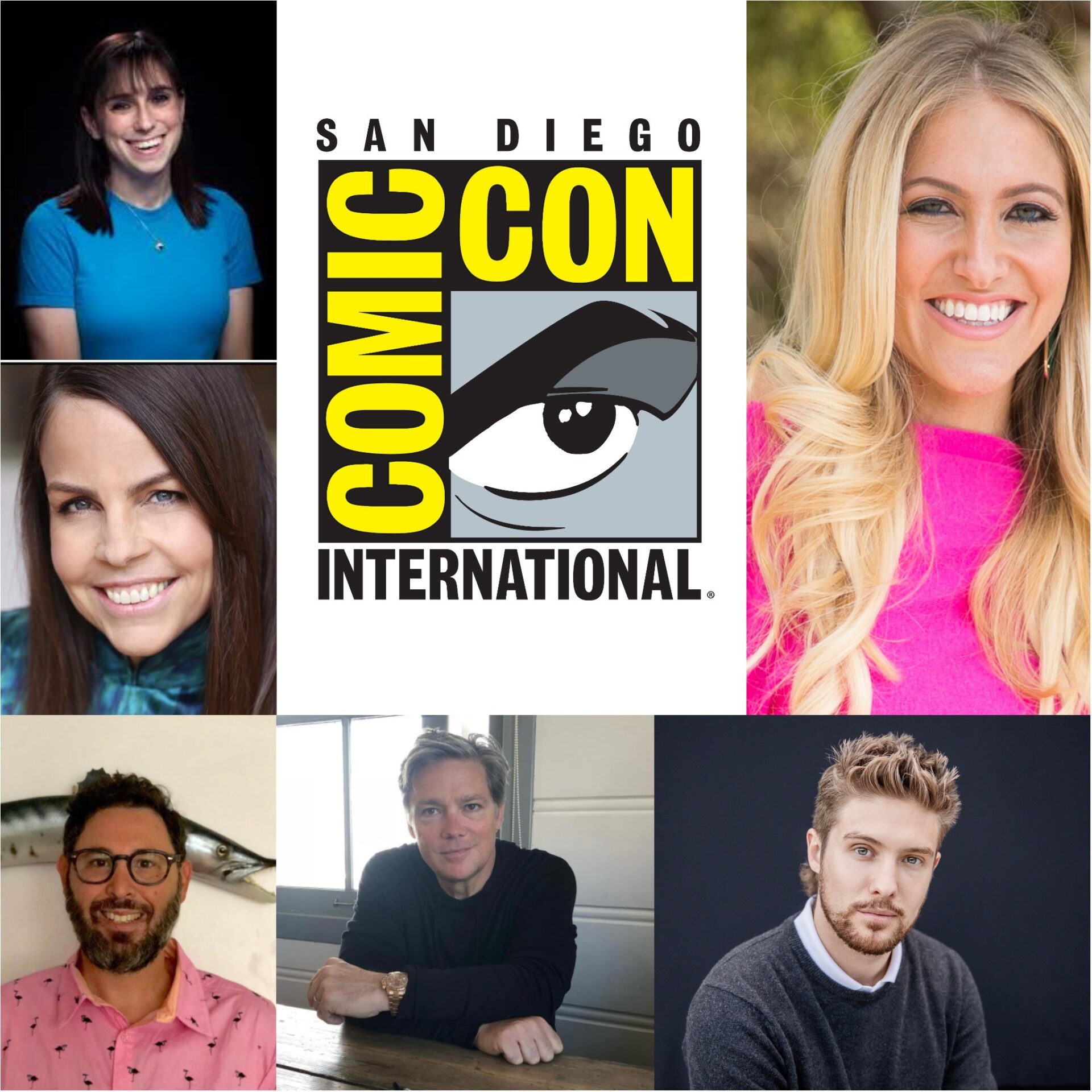 FROM PAGE TO SCREEN: BRINGING THRILLERS TO LIFE PANEL PRESENTED BY COLLIDER’S PERRI NEMIROFF TO SHOW BEHIND THE SCENES PERSPECTIVES ON BRINGING NEW IP TO THE SCREEN TO SDCC

On Thursday, July 21st from 530pm to 630pm, join Collider and Noovie Host Perri Nemiroff as she moderates FROM PAGE TO SCREEN: BRINGING THRILLERS TO LIFE at San Diego Comic Con in room 5AB. She will be joined by Panelists best-selling Author Rektok Ross Aka Liani Kocher (SKI WEEKEND), multiple New York Times best-selling author Margaret Stohl (MARVEL’S BLACK WIDOW, BEAUTIFUL CREATURES) and comic creator/author Jonathan Lang (PLUNDER) who have all had their works optioned and made into or are being made into projects forFilm/TV. They will also be joined by producers Miles Koules (KOULEST PRODUCTIONS) and Oren Koules (SAW FRANCHISE, TWO AND A HALF MEN) who are adapting SKI WEEKEND and PLUNDER for the big screen and bring over 30 years of producing experience and insight into the process of finding new IP for film/tv projects.

THURSDAY 5:00PM TO 6:00PM Join Moderator Perri Nemiroff (Collider) as she talks to thriller author Liani Kotcher aka Rektok Ross (Ski Weekend)  about seeing their books come to life on the silver screen. Joined by producers Miles Koules and Oren Koules (Producer Twisted Pictures , SAW Franchise) from KOULEST productions who are adapting SKI WEEKEND, as they will discuss the process of finding IP for new film/tv projects and how they bring your favorites to life. ROOM 5AB

About Rektok Ross Aka Liani Kotcher

Rektok Ross is the pen name of Liani Kotcher, a veteran trial attorney turned screenwriter, producer, and award-winning author. An avid reader since childhood, Liani writes exactly the kind of books she loves to escape into herself: exciting thrillers with strong female leads, swoonworthy love interests, and life-changing moments. Her debut young adult thriller SKI WEEKEND (SparkPress/Blackstone Publishing) has been named a “best book” of 2021 by Cosmopolitan, Entertainment Weekly, Parade, BookRiot, Yahoo!Life, Brit + Co., BookTrib, J-14, and more and was a Readers’ Favorite Book Awards Winner, a Readers Views Literary Awards Winner, an Independent Press Awards “Distinguished Favorite,” an American Fiction Awards Finalist, an IAN Book of the Year Awards Finalist, and short-listed for the Chanticleer Dante Rossetti Book Awards. SKI WEEKEND has also been optioned for a major motion picture. You can find her online just about anywhere at @RektokRoss, as well as on her website, www.RektokRoss.com, where she blogs about books and writing.

Margaret Stohl is a #1 New York Times bestselling nerd, world-builder, video game creator, Marvel comic book writer, book festival founder, banned book co-writer (thanks, Kansas City) and now the CEO of Stone Kite Studios. Best known for the Beautiful Creatures novels, her most recent book, A Secret Princess, is an Amazon Best Book of the month for July. Her next book is Super Visible: the Story of the Women of Marvel, forthcoming in spring 2023.

Jonathan Lang is a Partner at S/Lang Entertainment. He’s a Miami native who began his writing career as a film critic for the Miami New Times. His short film, The Showing, received a Van Gogh Award for directing at the 2015 Amsterdam
International Film Festival. He is the writer/co-creator of the critically acclaimed,
FEEDING GROUND, which was optioned by Pressman Films in 2014. He was a
contributor to Occupy Comics (Black Mask). His licensed work includes IDW’s
Garbage Pail Kids, which allowed him to live out a childhood dream of creating a
GPK. He was a contributor to Heavy Metal’s Megadeath: Death by Design. His
miniseries PLUNDER was originally published by in 2015. His recent graphic novel, MEYER, a fictional biography of Meyer Lansky, was published by Humanoids and is now the only graphic novel carried at The Mob Museum in Las Vegas. He is a Brooklyn transplant now living in Los Angeles with his lovely wife and amazing son.

OREN KOULES (Producer) saw a seven-minute teaser in 2003 from a pair of unknown Australian filmmakers that excited him so much he agreed to produce their project as a feature. That film became the groundbreaking Saw, one of the most profitable films of 2004 and a new horror touchstone. Alongside Mark Burg, Koules and their Twisted Pictures banner – the horror/thriller division of their company Evolution Entertainment – produced in Saw what the Guinness Book of World Records declared the most successful long-running horror franchise of all time. Saw II, Saw III and Saw IV all opened at No. 1 in North America, and with the rollout of Saw V, Saw VI, Saw 3D and Jigsaw, the series became the only franchise to release seven movies in seven consecutive years. This unprecedented streak resulted in a collective gross of $873 million at the worldwide box office. In addition to producing nearly 20 films in the feature world, Koules was an executive producer on the Emmy-winning CBS series “Two and a Half Men” for eight seasons.

Born and raised right here in Los Angeles, Miles Koules is a former professional hockey player with roots dug deep in the entertainment world. With producer Oren Koules as a father and agent Risa Shapiro as a mother, it was only fitting to work in the industry upon his hockey retirement. Recently starting Koulest Productions, Ski Weekend, along with other features and tv show projects are the start of the next chapter of his life as a producer and creator