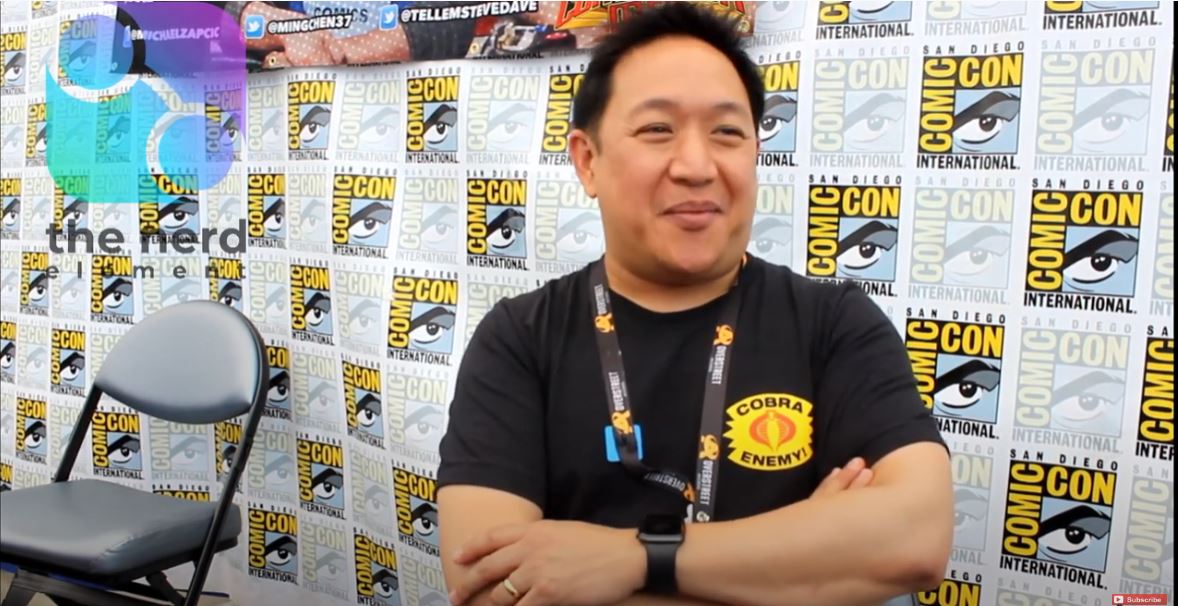 Ming Chen, one of the stars of director Kevin Smith’s reality series “Comic Book Men,” has kept very busy since the show ended. In 2018, he and fellow “Comic Book Men” co-star Mike Zapcic opened the A Shared Universe PodcaStudio, which now includes a second location. Chen enjoys podcasting and also helping others learn what they need to do to be successful podcasters themselves (learn more about the studio here: https://www.ashareduniverse.com/).

In addition to podcasting, Chen acts, writes, produces, and directs–and hangs out at conventions. Chen can be seen playing rooftop hockey with the main characters, Dante (Brian O’Halloran) and Randall (Jeff Anderson), in Smith’s upcoming film, “Clerks III,” a scene which was revealed when Smith showed the first five minutes of the movie at the “Clerks III” panel at San Diego Comic-Con (SDCC) 2022.

The Nerd Element spoke to the affable Chen at his signing booth at SDCC, where he filled us in on what he’s been up to the past couple of years, how much fun he’s been having hanging out at conventions, and other news in the Chen-verse. You’ll also hear how I (Dezbot) first came to know him.