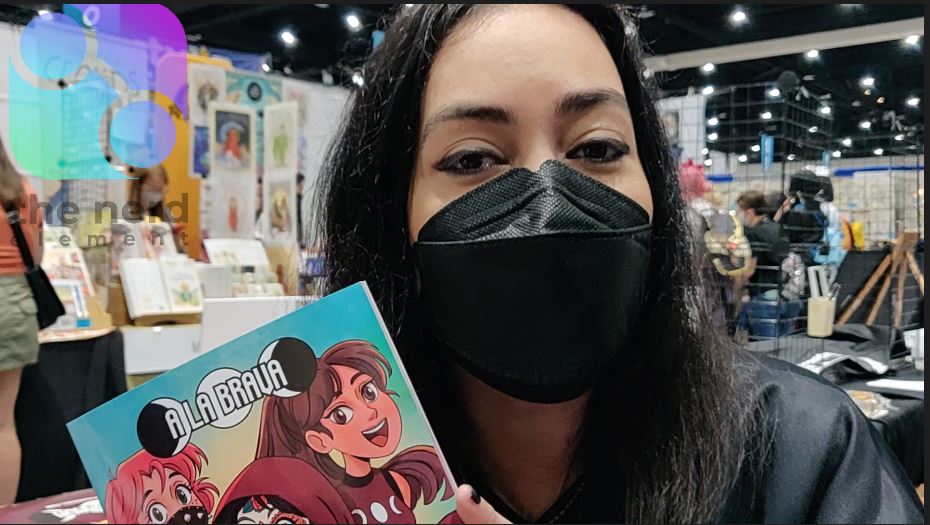 When The Nerd Element last spoke with Kayden Phoenix, creator of the A La Brava comics universe of Latina superheroes, she was in the process of introducing her heroines – Jalisco, Santa, Loquita, Ruca, and Bandita – in their individual comics. Now they’ve banded together in the “A La Brava” comic to fight injustices against women.

Phoenix, founder of Phoenix Studios publishing company, also went from doing a virtual panel for San Diego Comic-Con (SDCC) at Home to being on a panel in person at 2022’s event. She also had a spot in Artist’s Alley on the Exhibition Floor all days of the convention.

“SDCC was amazing!” Phoenix wrote to The Nerd Element after the convention ended. “Such a surreal experience to be around people again that are as happy as me to be on the convention floor.” Phoenix, who had a steady stream of convention-goers at her table every time The Nerd Element came by, including what appeared to be a mother buying the comics for her daughter, said she “definitely picked up new fans of all ages” at SDCC.

In a short interview, The Nerd Element caught up with Phoenix’s year and what it was like to have her heroines together in their own comic.

You can read more about Phoenix and purchase her comics at her website, http://www.latinasuperheroes.com/