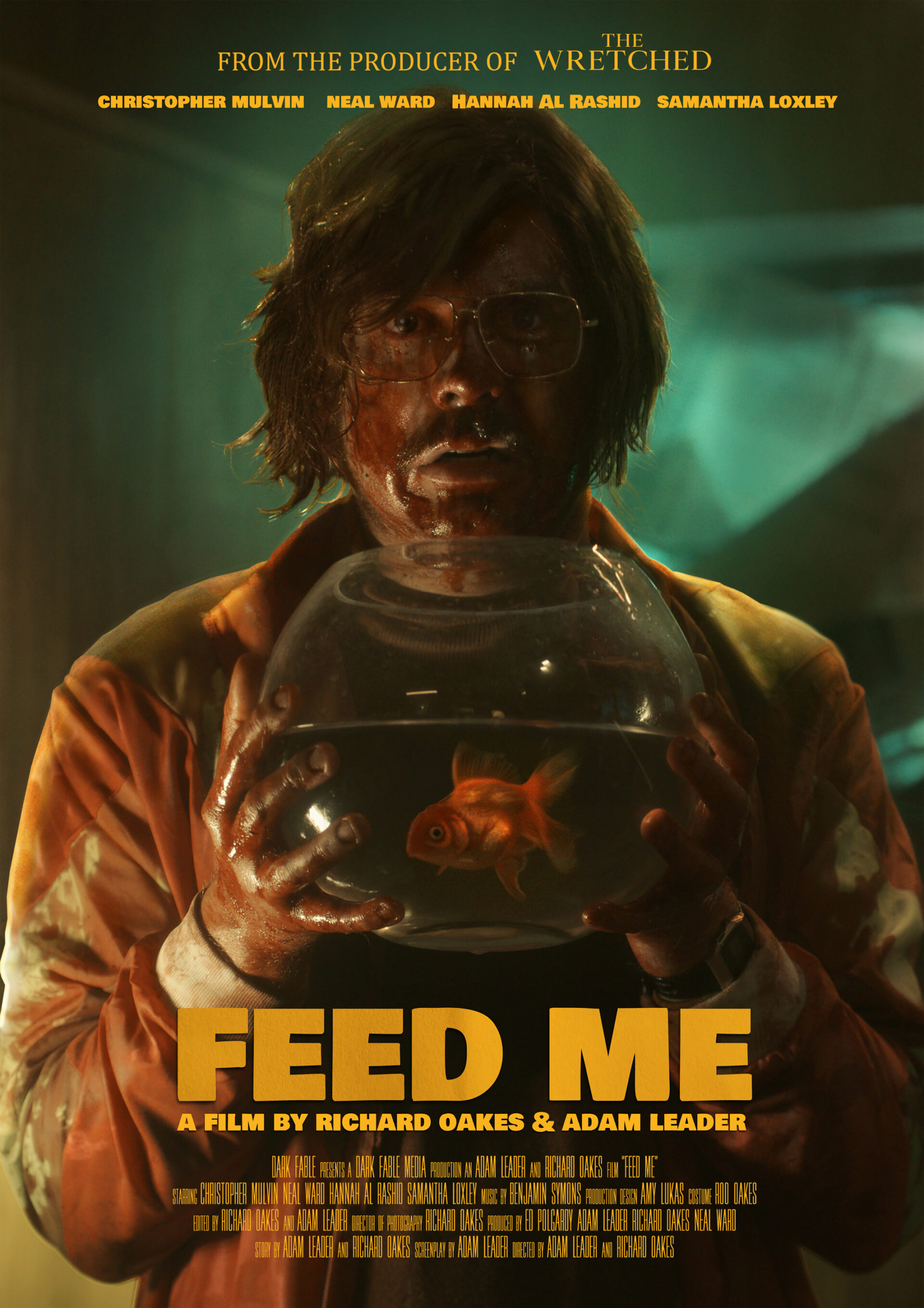 In writer/director duo Adam Leader and Richard Oakes’ new horror-comedy, “Feed Me,” Jed Freeman (Christopher Mulvin), is grief-stricken by the untimely death of his wife, Olivia (Samantha Loxley), from an eating disorder. The despondent Jed soon enters into a contract with the very strange Lionel Flack (Neal Ward), who has his own “eating disorder”—he’s a cannibal who seems to prefer eating people who willingly submit to his predilection. Hannah Al Rashid also stars as Alex, who has the weirdest ever “meet cute” with Lionel.

“Feed Me” has been screening at film festivals, including Los Angeles’ Beyond Fest, where it has been met with enthusiasm. Indeed, horror fans of all stripes will find something to chew on in the movie, which has copious gore and blood, as well as some funny comedic sequences. There’s also a good amount of pathos that comes from the strong themes of eating disorders, grief, abuse, and loneliness. The Nerd Element spoke with Leader and Oakes the day before “Feed Me” became available on demand and on streaming services about those themes, the directing duo’s background, and the surprising level of sympathy generated for Lionel.