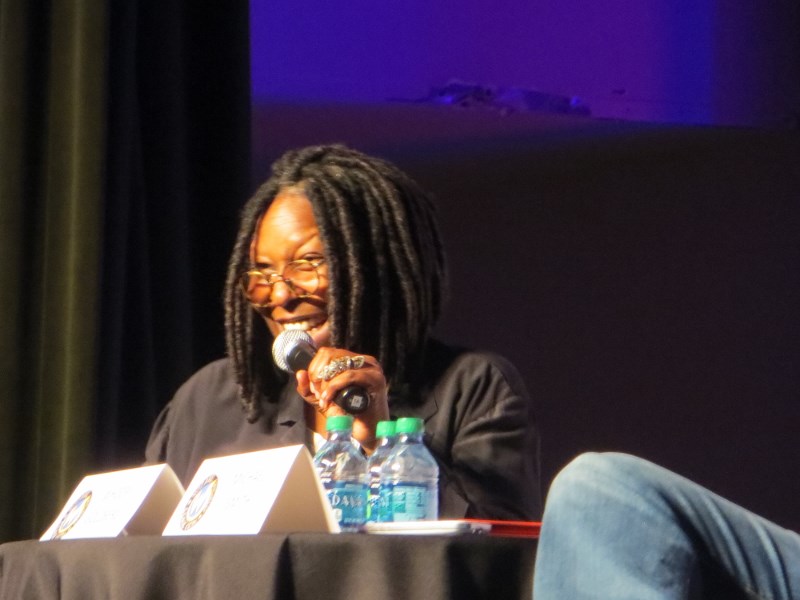 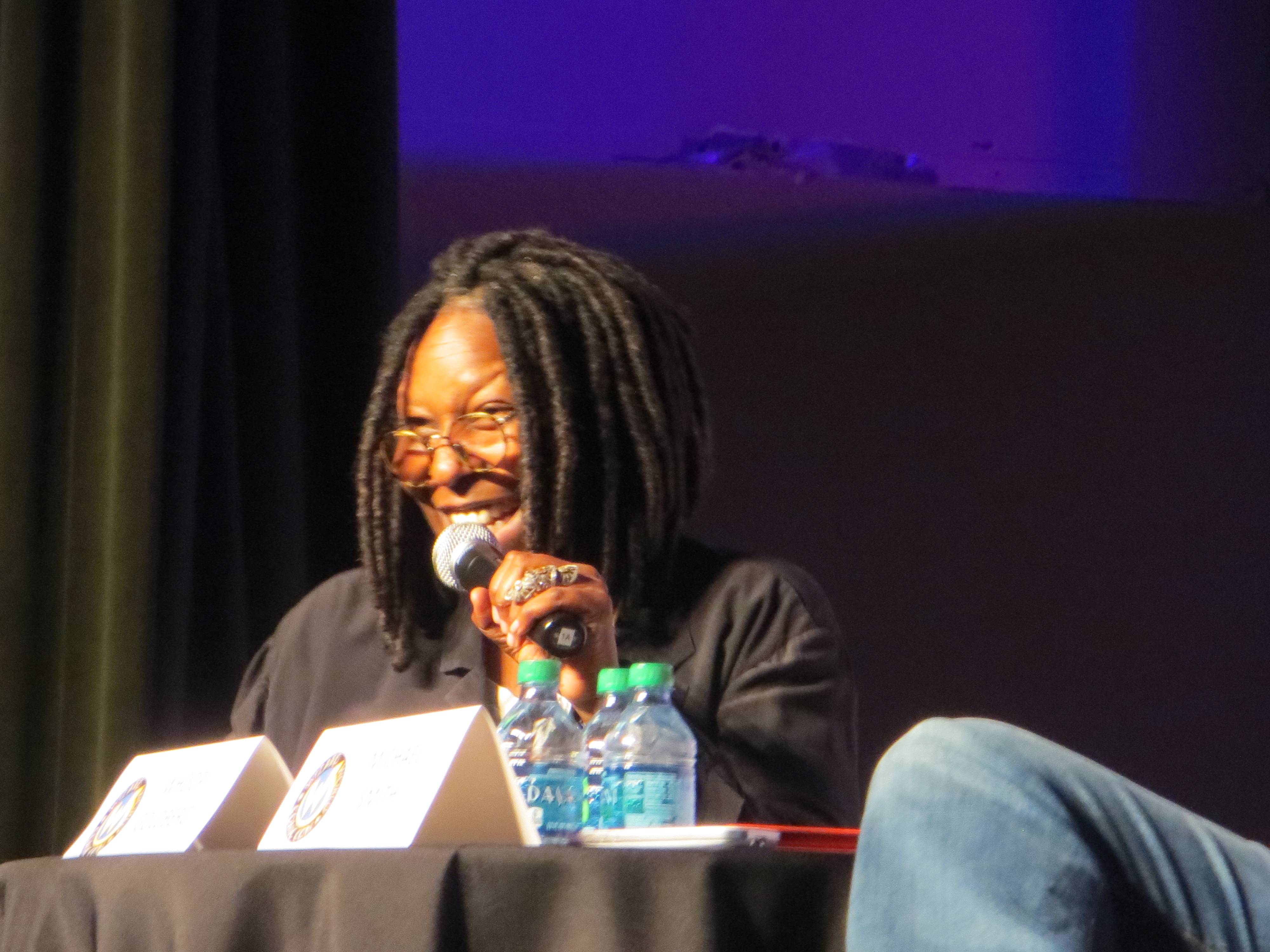 This is the first convention that I know of that Whoopi Goldberg has ever attended.  Known to several as Guinan from Star Trek, I knew her as Celie from the Color Purple, Sister Mary Clarence aka Delores Van Cartier from Sister Act, Oda Mae Brown from Ghost and others. I knew that this panel would be one of my favorites of the convention!  I was not disappointed.  Not only was Goldberg funny, she was very gracious and appreciative of the fans that came out to see her.  Moderator Michael Smith even took a selfie with her as his wife requested!

One fan asked what was the best advice she received and what would be the best advice she would give and the first part of her response was the quote “treat others how you want to be treated.” For the second part of her answer she quoted what she told a young Lauryn Hill in” Sister’s Act 2: Back in the Habit” about a book by Rainer Maria Rilke called “Letters To A Young Poet”

“A fellow used to write to him and say: I want to be a writer, please read my stuff. And Rilke says to this guy, don’t ask me about being a writer. If when you wake up in the morning you can think of nothing but writing, then you’re a writer. I’m gonna say the same thing to you….” 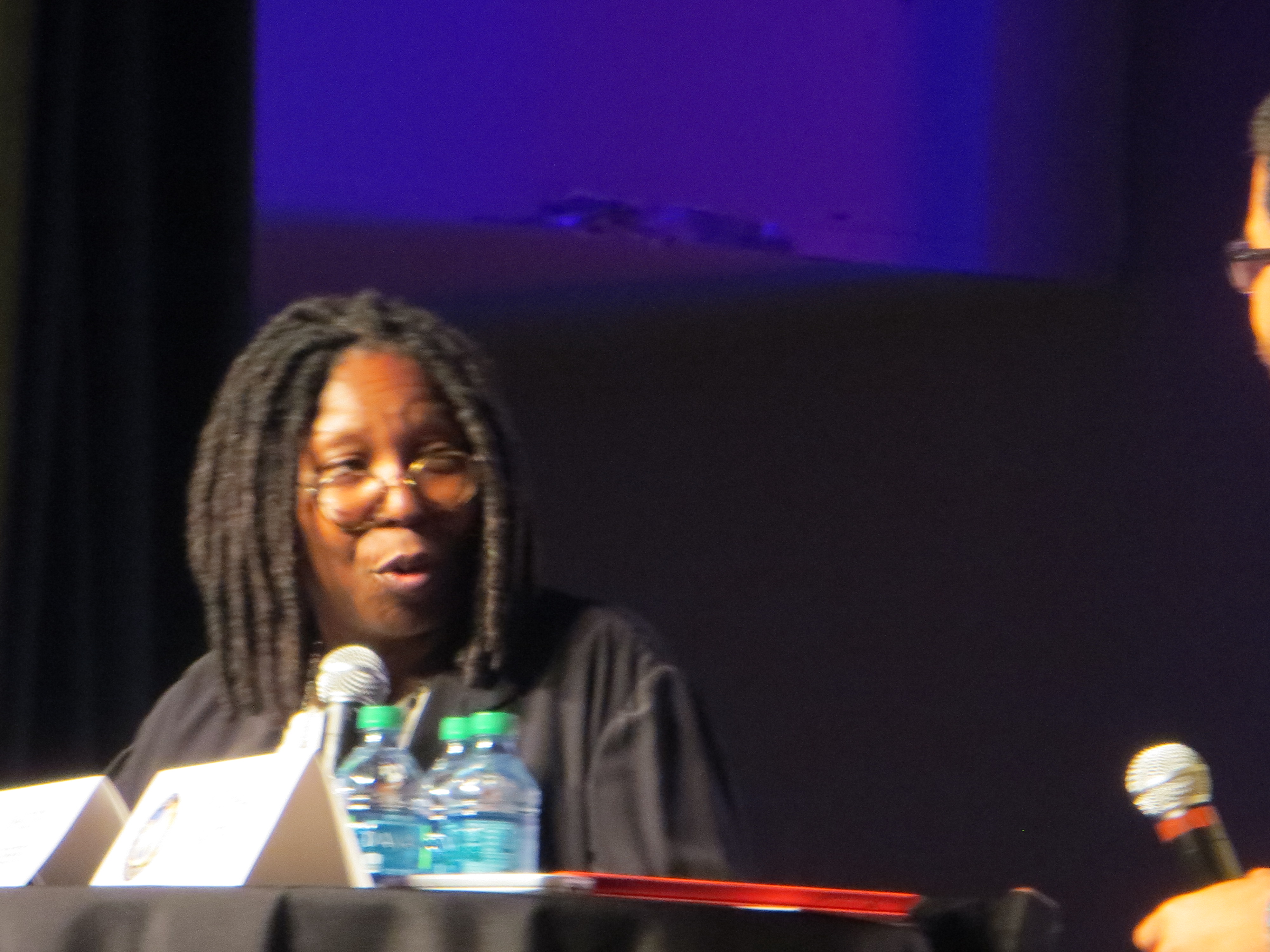 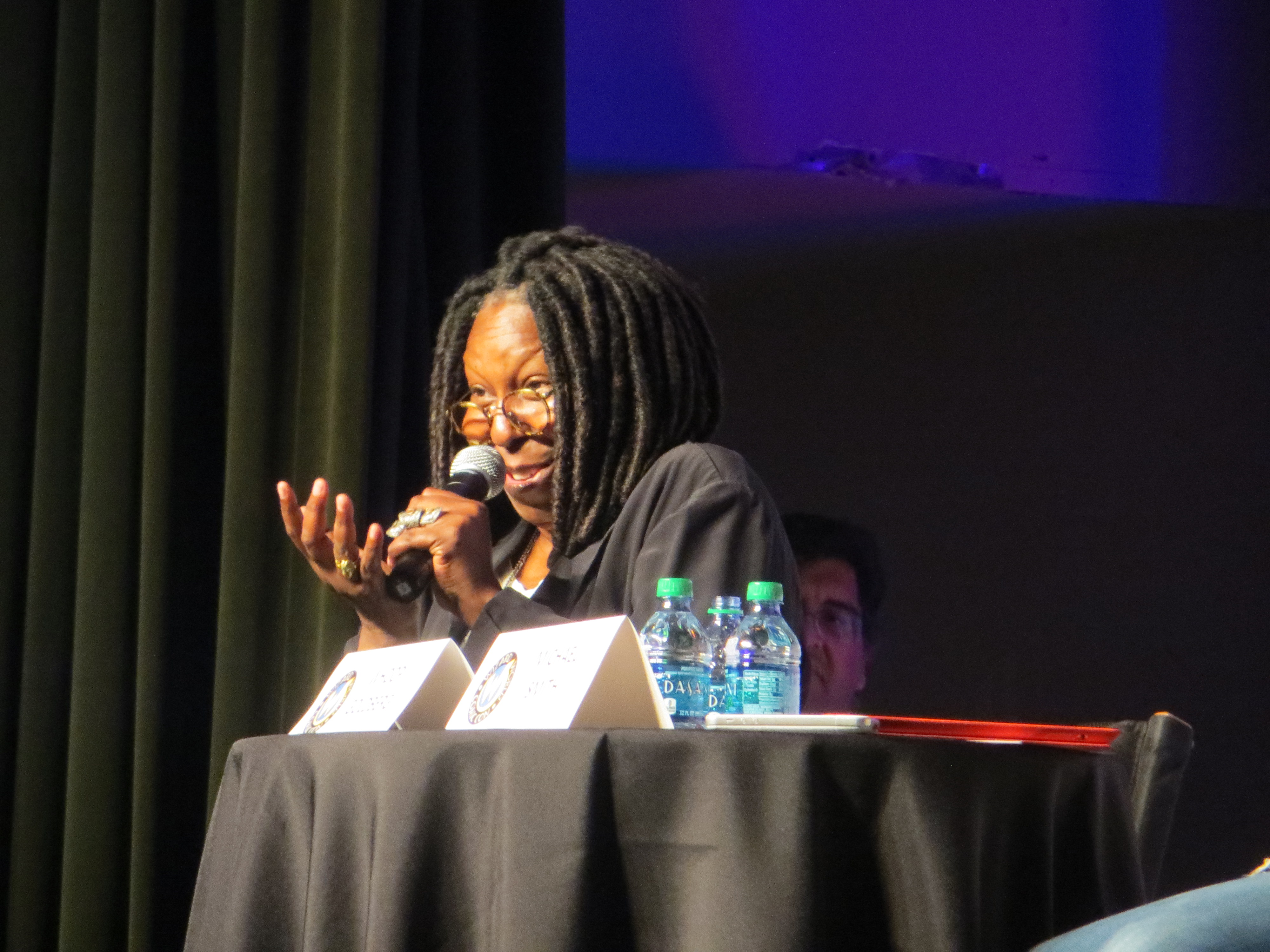 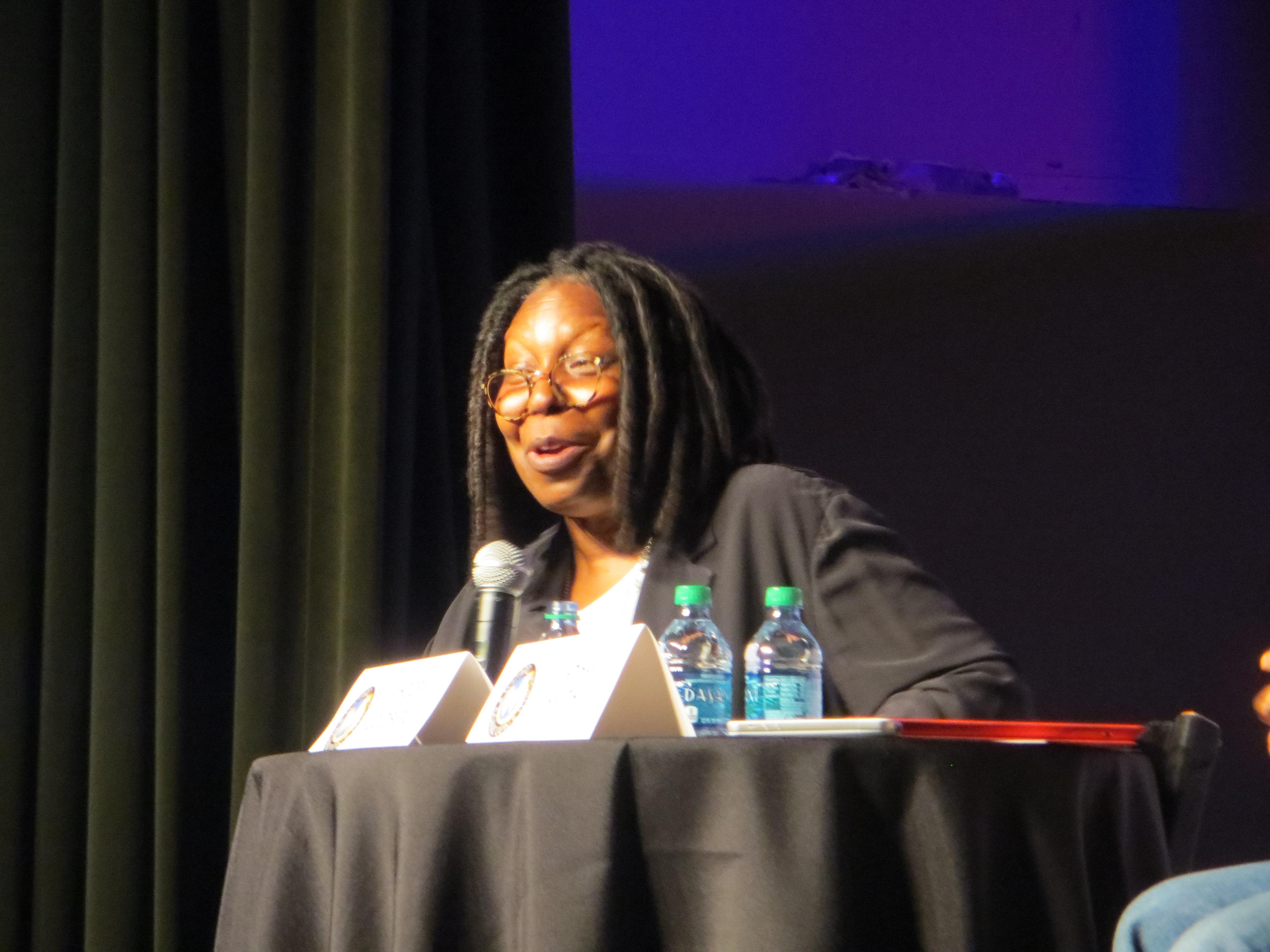 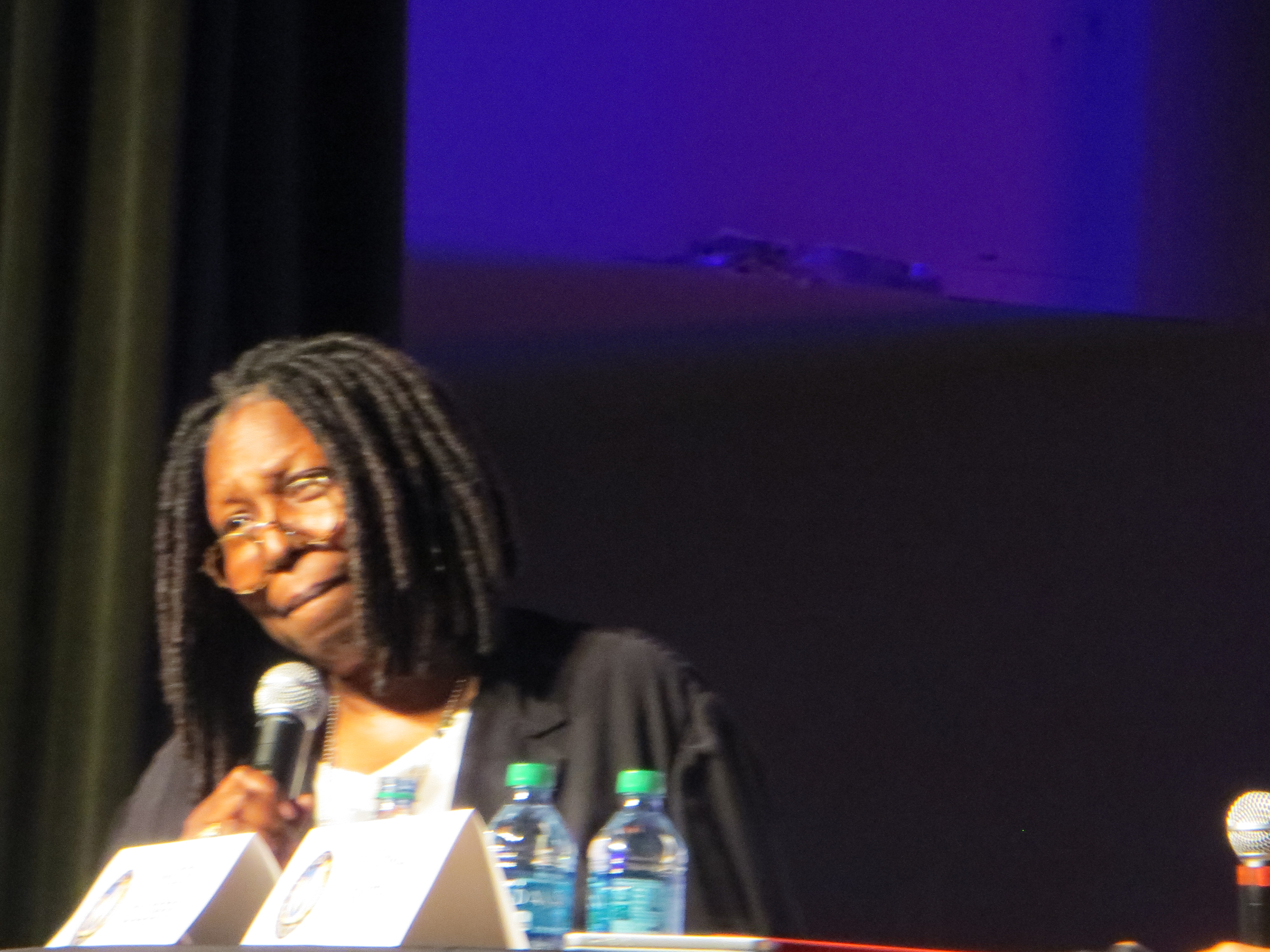 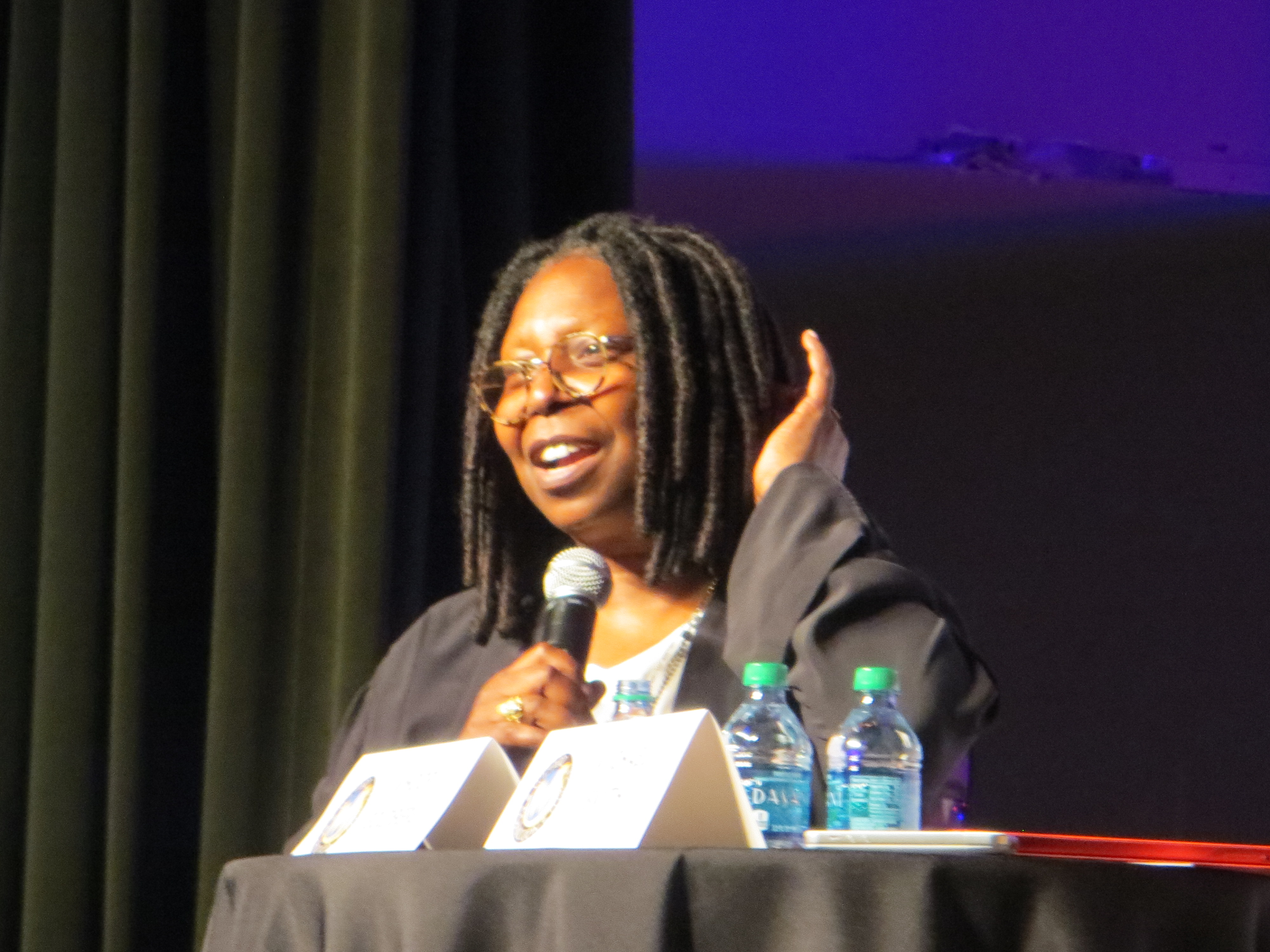 Not a coincidence then that that particular scene was in the movie. Brilliant!  Goldberg has had an illustrious career and has no regrets over the decisions she has made over the years. Her favorite project to work on was “The Lion King” because of a memory she has of her granddaughter meeting James Earl Jones at the premiere.

Goldberg even made a special announcement.  Be sure to watch for it because I was surprised and look forward to the project in a year from now. Let’s just say that older women will shine!

There were several more funny moments at this panel!  Be sure to watch her reaction to seeing a cosplayer as a character she voiced in an animated movie.  It took a few moments for her and the audience to figure out the character as it’s been so long since she did that movie.  Take a watch as Whoopi talks about the movie roles she’s done, reminiscing about Patrick Swayze and joke around with audience!