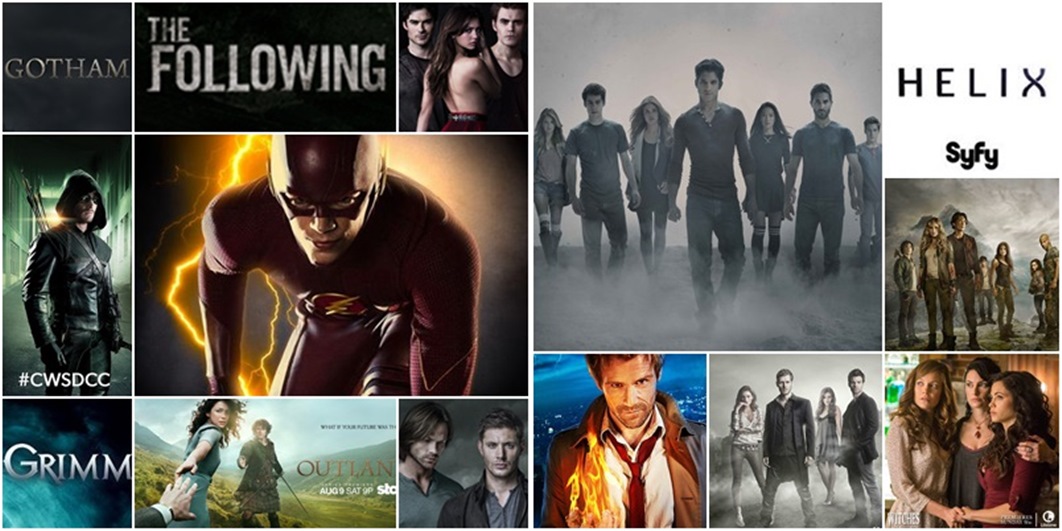 While we are still waiting on baited breath for the schedule to come out, starting July 10th, here are some of the TV shows that have confirmed they will be appearing at SDCC.  They will be listed by day and where if available.  For example, Mark Ghanimé, who plays Major Sergio Balleseros on the show Helix, confirmed via twitter that they will have a presence at SDCC, but no other information has been released. There are several returning shows, some upgrading from the room they were in last year.  I’m really happy that Grimm has moved from Room 6BCF to Ballroom 20.  The Following moved from Ballroom 20 to Hall H! Please be aware that once the official schedule has been released, these rooms and times may change.  Check Comic-Con’s website for the official schedule starting Thursday, July 10th.

Dig (USA Network)  11:30 a.m.-12:30 p.m – Indigo Ballroom at the Hilton Bayfront. Panel for this mini-series premiering this fall. Tim Kring, Carol Barbee and Alison Sudol will be on the panel, with Gideon Raff, Jason Isaacs, Anne Heche and Lauren Ambrose appearing live via satellite from Israel

Teen Wolf (MTV) – No Time Revealed yet but my guess it will be in the afternoon again somewhere in between 2-6 p.m. – Ballroom 20. Scheduled to appear are  Tyler Posey, Dylan O’Brien, Tyler Hoechlin, Holland Roden, plus new cast members Shelley Hennig and Dylan Sprayberry, along with EP Jeff Davis.

Bones (Fox) 1230 p.m. – Ballroom 20 – David Boreanaz and Emily Deschanel are scheduled to be in attendance.

Mike Tyson Mysteries – (Adult Swim on Cartoon Network) 2:30–3:15 p.m. Indigo Ballroom at the Hilton Bayfront – Premiering this fall – scheduled to appear are Mike Tyson, Jim Rash, and some of the shows producers.

Walking Dead (AMC) Time/room to be announced. Rumored to be Friday, July 25th per tweet stating season 5 trailer would debut that day. Chances are it will be in Hall H, though.

Teen Titans Go! (Cartoon Network) 11:45 a.m.–12:45 p.m. —  Room 6BCF- The panel will have a Q&A with producers Michael Jelenic and Aaron Horvath as well as members of the voice cast. There will also be a special appearance by Puffy AmiYumi, (Japanese pop duo who created the theme song from the original Teen Titans animated series)