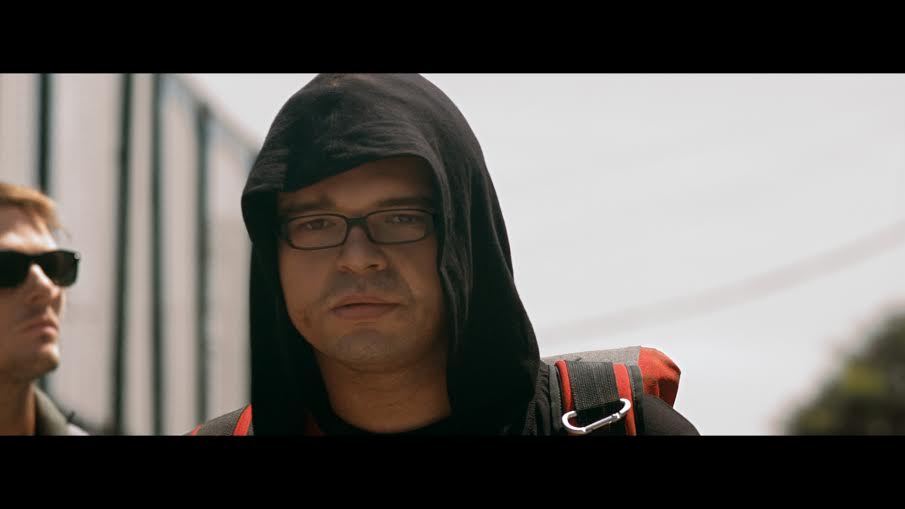 If there is one thing that has not changed about the zombie genre, is that it constantly needs new life. Like the flesh starved monsters who stalk the heroes of the films and stories, the genre requires new blood periodically.

George Romero really got things started back in 1968 with Night of the Living Dead. Sure, there were other versions of the zombies before 1968, but our beloved, shambling undead genre came from the mind of Romero.  He gave it life and it spent the next three decades shambling along unchanged by anyone else.

In 2002, Danny Boyle made 28 Days Later.  This isn’t a “true” zombie film, but it was shot the same way and holds the same story elements that you would find in a zombie film. The monsters were fast moving infected humans, instead of the usual shuffling reanimated corpse. The effect was the same.

Robert Kirkman gave it life in the comic books in 2003 with the release of The Walking Dead comic series. Not too many people outside of comic book readers seemed to notice.  But they would soon enough, when it was released as a TV series seven years later.

Zack Snyder gave it a serious jolt when he introduced actual fast moving zombies in his 2004 remake of Dawn of the Dead. Not only did he get people to pay attention to a zombie movie again, but he spurred a debate that is still going today: Which is more realistic, slow or fast zombies?  No matter which side you’re on, if you’re even in the discussion, you know you’re a true zombie fan.

In the years since, we’ve had many different takes on zombies in games, books, and movies: Dead Snow, Shaun of the Dead, Rec, Pontypool (a personal favorite), this list could continue for pages. Yet, despite there being a growing crowd of people claiming that they are “tired of zombies” (I know, right? They’re crazy), the zombie genre continues on tirelessly just as, well, a zombie.

Now, we again have something new.  Fresh blood is being pumped into this tired old corpse once again. This time, it’s coming from a short film being released over the internet.  The short is called Super Zero – Bad Ass Zombie Apocalypse.

What would you do if you were diagnosed with terminal brain cancer just days before the zombie apocalypse? Do you fight it?  Give up?

This is the issue faced by Josh Hershberg, the hero of Super Zero – Bad Ass Zombie Apocalypse.  The zombie apocalypse has just broken out while he is dealing with the news of a horrible diagnosis.  What does he do in this situation?

Well, watch the short and find out for yourself.

Now, as an added bonus I was able to have a chat with the writer and director of Super Zero, Mitch Cohen. What follows is a conversation that I found extremely enjoyable and incredibly enlightening. I hope you enjoy it as much as I did.

Mitch, I’ve seen many articles about your using Kickstarter to fund this film.  What did you think of that experience? Would you use it again?

It was an interesting experience that was really overwhelming and actually speaks to the theme of the film itself that you never know what’s going to happen.  My campaign failed to reach anywhere near the goal, but in the process the exposure introduced me to a network of people that discovered what I was trying to do and those connections eventually helped me get the film made and with some promotion when it was done.  So the immediate experience was very disheartening, but I wouldn’t have the film I had today if I didn’t give it a shot.

You’re a father of twins, is that correct?  How does that affect your writing and film making?

Yeah I have boy and girl twin toddlers and I don’t think it has affected the content of what I make too significantly yet, but it has definitely sharpened how I approach being creative.  Between twins and a pretty labor intensive full time job, I had to pretty much steal every in-between moment of life to make this thing.  I had to learn to be creative on command and work during incredibly unconducive situations.  I had to be disciplined to not think about my life so much because the pressure and responsibility to balance everything would have been utterly debilitating.  I just kept my head down and did what needed to get done because I truly believed in the film and that I needed to get it made no matter what.  Life is not going to get any easier and if I don’t do it now, I will never do it.  And I couldn’t live with that.

What were you looking for when you were casting?

I was looking for a balance between playing off of established character types, but then taking them in a different direction.  These roles on the surface could appear very stock and derivative, but there is something underneath that which makes them way more dynamic.  It takes a lot of skill and quite a bit of trust for actors to try and walk that line.  I was blessed that the fab four all brought depth and sensitivity to cover the wide range of tone the film has.  I needed these characters to feel authentic and real and I had to find actors who brought heart and soul with them.

How long did it take to shoot the whole movie?

The budget we actually ended up with to shoot the film was incredibly small.  We only could get four days of production and those days were pretty damn intensive.  Plus there was no room for error because we had no extra money and could never get this amazing group of talented people together again to do a pick up day.  We had one shot to make everything work.  To accomplish that our pre-production was a pretty involved 6 months.

What are your goals for the future? Is there a sequel in the works?

From day one the short was designed for two purposes.  First to be a complete stand-alone film, with a beginning, middle and an end that told its own story.  But there is a lot more story to tell and I wanted to make the short to also act as a proof of concept for a long form project.  The storyline for the big narrative is already mapped out.  Right now we are considering if the project has a better life as a series or as a feature.

You seem to work a lot with short films. Do you feel that is the perfect medium for your stories?  Do you want to make a feature length film?

As a filmmaker the only way to figure out how to direct films is to make them.  When you want to have high production values and utilize a lot of storytelling tools, it takes practice and experience to understand the craft from all the angles you need to.  And because it can takes so much time, energy, money and dedication to arrange those opportunities, the physical time a person can engineer for them to experience directing at that level is pretty small if nobody is backing you.  Making shorts gave me access to create.  I do love how tight and singular a short film can be and there are certain stories that lend themselves to just be shorts.  However, I think the stories I truly want to tell and the scale of what I want to do, I am trying to get my way into features.  With a whole lot of luck and persistence I hope I can get a shot.

Since our website focuses on many facets of geek culture, I’d like to ask you a few questions to just to see what you enjoy in your free time.

What shows are you watching?

I obviously watch The Walking Dead and I’ve started to watch Arrow. I’m trying to catch up on The Strain and I watch a lot of stuff that’s not narrative like NOVA and other science shows. Also I’m like the super geeky guy who will happily sit through old Knight Rider and Six Million Dollar Man episodes.

I have a pretty wide range of films I like and watch from all different eras and in genre.  To name off a few.  Dog Day Afternoon, Fargo, Boogie Nights, Fail Safe, Children of Men, City of God, The Thing, The Road Warrior

What games are you playing?

Honestly, I’m not playing much right now, I’m still trying to finish the last Bioshock and going to check out Destiny to see what it’s all about.  I mostly play mobile games on the go.

What comics are you reading? Walking Dead?

I honestly have not sat down to read comics in a really long time.  When I was spending more time with them I was reading The Walking Dead and The Darkness.

How do you balance time between fatherhood, work and entertainment?

I don’t.  And anyone who says they can is lying. It’s a constant struggle to try and juggle everything and I think balance is actually the attempt to manage a full life.  Finding a bit of zen in staying motivated to try and do it all.

How do video games and comics influence your work?

In a lot of ways.  For gaming, I’ve made a lot of gameplay trailers for my day job and it gave me not only a lot of perspective of finding interesting shots, but also how to efficiently move a story along.  It helped a lot with ebb and flow.  The other thing Comics and Games influenced my work is just the culture that surrounds them,  I go to a lot of conventions and the people within the community digest so much content in various forms, that they are all experts on storytelling and I’ve learned that you don’t have to over explain things to people.  They get it and you should always respect how you tell them something because they’re pretty damn savvy.

Where can we find you and your films online?

Unfortunately not a ton of stuff is available online right now outside of Super Zero.  The first film I ever made called Peter’s Price is available on iTunes.  I’ve made a lot of gameplay trailers you can check out.  I did the Batman: Arkham City stuff.  That’s easy to find.

What words of advice do you have for people who want to get into filmmaking?

If you’re making a film and you discover that you’re the smartest, most experienced person in the room, you did something wrong and you should fix it. 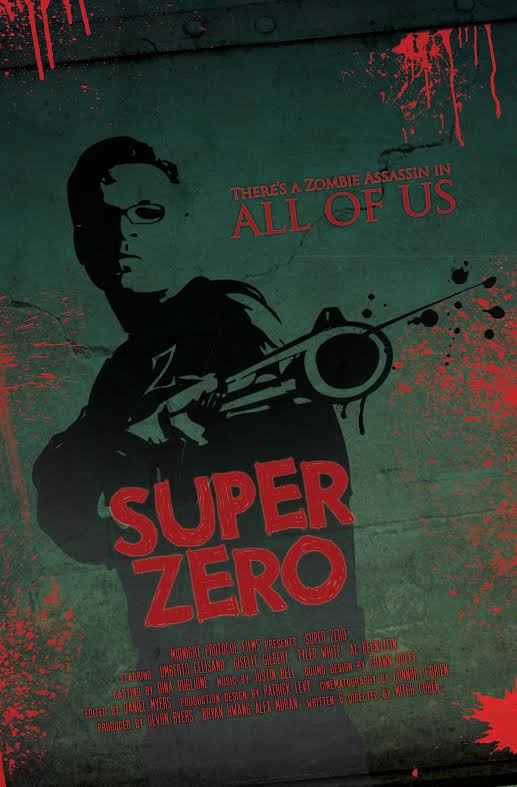 So what did you think of the movie short!  How did you get into the zombie genre? Let’s talk about in the comments below.