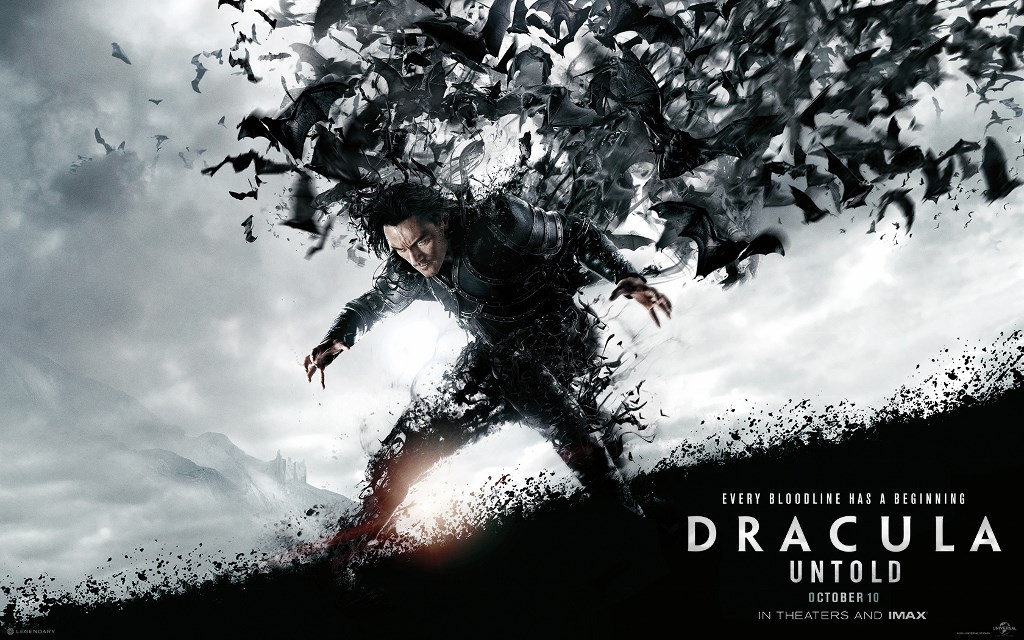 I had the chance to see an advanced screening of Dracula Untold, so here is my non-spoiler review on the movie. I will try and keep what actually happens in the story a secret.

We revisit the world of the Universal Monsters with Dracula Untold, which is said to be the start of the new shared UM Universe. (I will base a summery of what the movie is about from the trailer)

Prince Vlad (Luke Evans) now free from the hold of the Turks after many years of war rules peacefully over Transylvania along with his loving wife Mirena (Sarah Gadon) and son Ingeras (Art Parkinson). This peace however doesn’t last long as an old war friend Sultan Mehmed II (Dominic Cooper) comes asking for 1,000 boys for his army for the next war as his father did years ago when Vlad was a child. The other problem is Mehmed wants Vlad’s son as well. Soon after Vlad goes to meet with Mehmed to try to change his mind but Mehmed pretty much says you just give them to me or he will take them by force. A little later Vlad kills the guards that were sent with him to take his son knowing that now the people of Transylvania and the Turks will now go to war. With the threat of the Turks coming Vlad seeks a dark power from the dark creature of Broken Tooth Mountain (Charles Dance), but with great consequences.

Going into the movie I had very low expectations of this adaptation of the Dracula story, but to me the movie was pretty good and if it is the first movie of the Shared UMU I think it is a great start considering the ending. The acting in the movie is very well done by all of the cast, Evans in my opinion will make a great Dracula in the upcoming shared universe. I would talk more about the other characters, but I don’t want to spoil anything for you guys. The movie was also visually stunning from the locations, the sets and the special effects. Dance’s make-up was very well done as well.

TVTalk with Natasha and Kimberly Ep 45