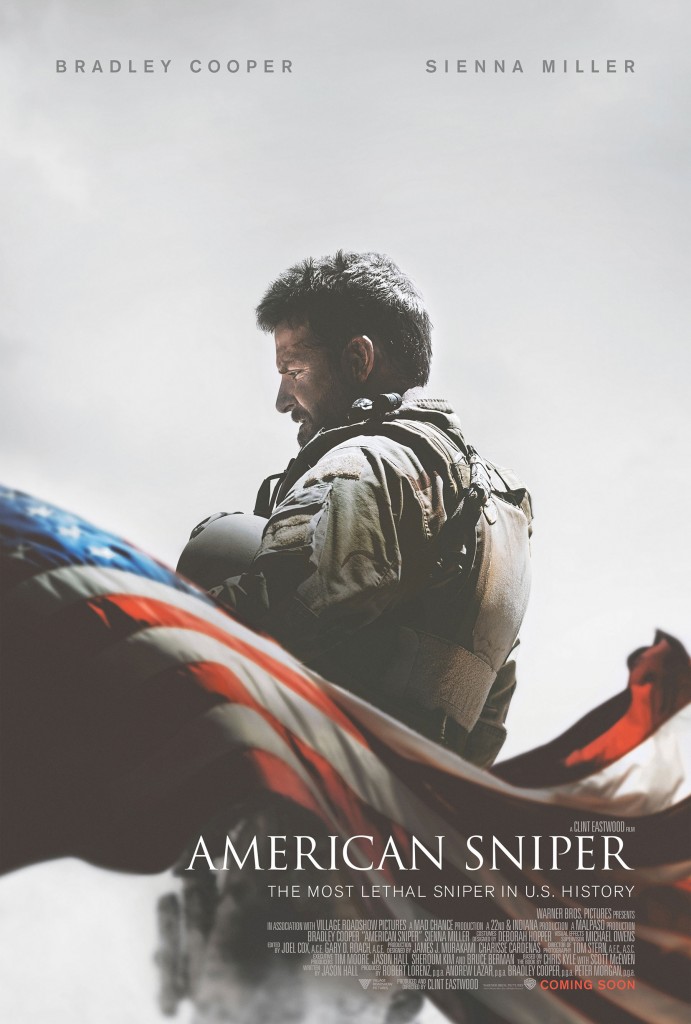 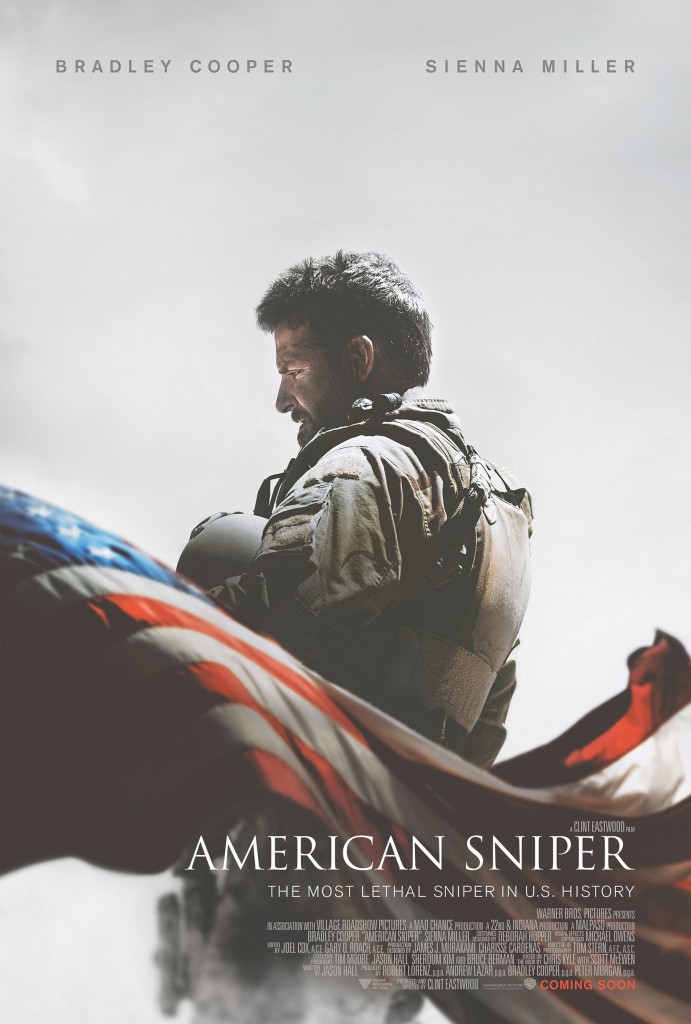 American Sniper is a biographical war film based on the life of U.S. Navy Seal sniper Chris Kyle. The movie is based on the book American Sniper: The Autobiography of the Most Lethal Sniper in U.S. Military History by Chris Kyle, with Scott McEwen and Jim DeFlice. The themes of American patriot, comrade in arms, and pride in country align with director Clint Eastwood’s brand. Possibly the reason for American Sniper’s superhero-esque box office numbers is the credibility of Clint Eastwood as the director, the star appeal of Bradley Cooper and the stalwart support of war veterans for the film in the midst of controversy. With a much noted Oscars push American Sniper has dominated the box office with total of well over $300 million worldwide. The film has earned a Best Picture nomination at this year’s Academy Awards. Bradley Cooper also earned a Best Actor nomination, which is his third Oscar nomination in the last three years. Previously, Bradley had been nominated for Silver Linings Playbook in 2013 and American Hustle in 2014. Actress Sienna Miller plays opposite Bradley Cooper as Taya Renae Kyle, the wife of Chris Kyle, who desperately tries to connect with her husband whose mind is entrenched with thoughts of war. Bradley carries the movie to a point that draws you in but the shallow observation of Chris Kyle’s pain holds the film back.

In the movie there are two portrayals of Chris Kyle- The “Legend” nicknamed by his troops because of the amount of kills during his four tours in the Iraq War of the post 9/11 era and then there is the emotionally broken man who fails to connect with his family. As the Legend, Chris Kyle finds purpose and is driven by pride in his country, defending U.S. troops and the homeland from what they often refer to as “savages”. Even during his perceived heroic acts he has a moral dilemma. Certain questions arise that serve as motifs for the movie. Was what Kyle doing just? Do the ends justify the means? This internal struggle isn’t showcased in depth which is disappointing. It is alluded to but never really fully discovered. The mental anguish of war and the personal demons that come along with it is exhibited in the scenes between Bradley Cooper and Sienna Miller but the questions that arise are not faced head on in the movie. These scenes of tension are rushed through and go back to the main focus of Chris Kyle at war. From the ambiguity of Chris Kyle’s actions to his inability to be a loving father these turning points are mostly glossed over leaving the moviegoer to assume the problems have been cleared up.

Throughout the movie Bradley does not break and you are fully convinced he not only takes on this role he embodies it. Bradley Cooper transforms into Chris Kyle from his physical nature down to his Texas accent. Kyle’s role as the family man provides a stark contrast to his time during the war. Through his mannerisms and acting choices Bradley amazingly portrays Chris Kyle as a lost man once he returns stateside from war. There is a glimmer of hope and redemption towards the end of American Sniper but at that time the movie is almost over. Although Bradley pulls off a wonderful performance American Sniper does not explore enough the pain and trauma on the after effects of war.

TVTalk with The Nerd Element Ep 58