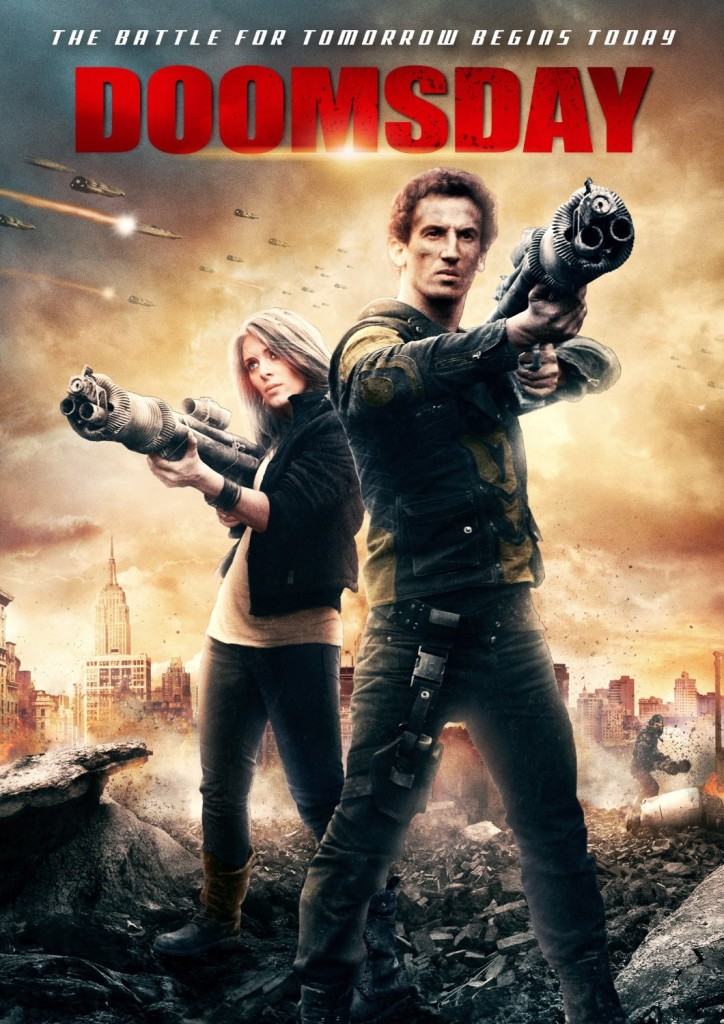 Doomsday, comes from the mind of famed science-fiction filmmaker Neil Johnson (Demons in my Head, Starship: Rising). In 2410, human/machine hybrids known as the Erebus rule the Earth. Achilles, a normal man, is infected with a disease that will bring down the Erebus rulers. He then escapes back in time to the present day where he has a chance to stop the Erebus from ever rising to power. However he is followed by the Erebus-7 who will stop at nothing to hunt him down. Now Achilles must fulfill a destiny that will reverberate throughout the next four hundred years of human history.

At first glance, that synopsis may sound vaguely familiar. As I started to watch Doomsday, something in the back of my mind kept telling me that I’d seen something similar to this before.

Then it hit me.

Doomsday takes the premise of Terminator, and makes it its own. Is this a bad thing? Not necessarily. I love Terminator. It holds a special place in my heart. The basic idea of Terminator has been used over and over in Hollywood. So the real question to ask would be: Is it done right?

Well, let’s break it down.

As I said before, the story idea is great. A man from the future goes to the past, our present, to prevent some catastrophic event from happening. The only problem is he’s followed by some unstoppable foe who is trying to keep him from accomplishing his task. What’s not to love about that?

Some of the special effects are very good. In this era, when independent filmakers are forgoing the studio system and are making their own films on a shoestring budget, special effects always seem to be the dividing line between the men and the boys. Doomsday straddles that line. While some of the special effects are laughable, many of them are surprisingly good. CG has come a long way, and Doomsday is a showcase for how far they’ve come. It isn’t perfect, however. One issue I had with the effects was the solar flares. J. J. Abrams would tell the director to calm down if he saw this.

My favorite thing about this movie was it’s location. We’ve seen this story take place in LA, and other urban areas many times. But to have the story begin in the rolling hills of the English countryside is an inspired choice. Yes, we end up in London at some point, but by the time the end credits roll, I feel like we’re shown parts of England that we seldom see on film. I want more of that.

Despite it’s modest budget, this is an ambitious film for what it is.

Now, what about the bad?

The story seems to move along at a snails pace. There are many scenes of characters just walking. Another pass through the editing bay would have helped this movie quite a bit. Clocking in at 95 minutes, the movie feels much longer than it actually is.

Usually physical props look better on film while the CG suffers. Somehow that is reversed in Doomsday. The hero, Achilles, and the villain, Erebus-7, both have weapons. These weapons look like spray painted toys with PVC pipe and vacuum parts added on to make them look futuristic.

The score seems to rise and fall at odd occasions. There are scenes with music playing as a character walks along a road for long stretches of time. Then there are climactic fight scenes with no music at all. Somehow, not having some some type of score playing over these scenes just makes them seem less important.

The thing that had me scratching my head the most was the fish-out-of-water element of Achilles being in modern day England. In the opening of the movie, we see him speaking with other characters. He clearly has the ability to form full sentences. Then upon arrival in present day, he suddenly turns into a monosyllabic neanderthal for most of the film. Even more maddening, is his lack of education of all things in present day England, despite having a watch with a huge database of information. He even at one point calls a nurse “barbaric”, which at first might seem ok, considering he comes from 400 years in the future. But a moment later he mentions leeches. Clearly, English and History are not important subjects 400 years from now.

Overall, Doomsday is watchable. If you go in knowing that it clearly has a low budget, the acting isn’t that great and its basically been done before, then you’ll probably enjoy it. If you want the best version of this story, go re-watch one of the Terminator films…ok, maybe not Terminator 3: Rise of the Machines. 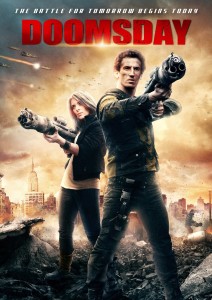