Jenny Jaffe, founder of ‘Project UR OK’ has a mission to help teens and young adults who may be dealing with mental health issues. Jaffe is a bright light, casting a ray of hope to those afflicted with mental illness who may feel alone or like no one understands what they are going through. Not only has Jaffe created an incredible online community, but well-known celebrities also dealing with various issues have come forward to bring awareness to this cause.

Project UR OK invites people to anonymously write or post a video about their experiences or what they are going through. The goal is to let those dealing with mental health issues know they are not alone, there are a ton of every day, ordinary people also going through the same things. This is a safe place to meet others, to gather information, as well as access resources. 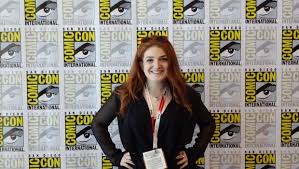 Jaffe is no stranger to mental health issues, having struggled with depression and thoughts of suicide at a very young age. She felt sad, had high-levels of anxiety, felt helpless with no desire or energy to do the things most kids her age did. Though she and her family had no explanation as to why she was feeling this way, after finally going to the doctor, she was diagnosed with severe depression, OCD, and anxiety. Over the years different combinations of medications affected her ability to function, however now she feels back in control of her life, her destiny.

Sadly this is the case with a lot of teens and young adults in America today, as pressures from peers and family mount, anxiety or thoughts of suicide are occurring at an unprecedented rate. The National Center for Children of Poverty reports that 20% of adolescents have diagnosis of mental health issues and 20-30% of those adolescents will have an episode of depression before they reach adulthood. An alarming 50-75% of adolescents develop anxiety disorders or attention-deficit disorder and suicide is ranked as third for teens and young adults.  ncredibly, 500,000 to one million young adults, ages 15-24 attempt suicide each year (that we know is reported). It’s staggering to think of how many young people feel they are alone and no one cares.

Another key issue surrounding mental health, is actually getting help. In a system where the almighty dollar is king, insurance reigns and mental health care professionals are inundated, it’s an uphill battle to gain quality treatment or counseling. Luckily for Jaffe, she got the help she needed via medication and has spent most of her life in counseling. Now she wants to be a resource, as well as a voice for young people afflicted with mental health issues.

Jaffe talks about her own experience, at the age of ten being suicidal. Like other kids her age, she was scared to ask for help and felt the only way out was suicide. In addition to this, she was afflicted with OCD (Obsessive Compulsive Disorder) which is another type of mental illness. It enhances anxiety, with preoccupation of danger or that something bad is going to happen. Some have horrible images that pop in their minds no matter what they are doing and are unable to shake the feelings, they are in a sense obsessed or compulsive. Having been on several types of medications, as well as counseling for most of her life, Jaffe encourages others to seek the help she’s been so lucky to have. She talks about a time when she didn’t even think she’d graduate from high school or have friends, a life.  She’s literally been “through my own personal hell and back” and she wants other teens, young adults to know they can make it too.

Not only has Jaffe struggled, but so has her sister Brooke who was also afflicted with severe depression. In her video, she talks about how much depression is “in your mind”, meaning there is that little voice within, telling you life is horrible or you’re a bad person, etc… It has a way of permeating through your thought process, interrupting your concentration, making it almost impossible for you to accomplish anything. She explains how she resisted getting help, or even admitting anything was wrong. “It doesn’t make you a weak person, in fact, it makes you stronger if you can get through it- trial by adversity.” This is typical, especially if you’re independent. I mean, who wants to admit they need help or might need someone? I’m very much like that myself, so I completely understand the need to handle whatever situation on your own. Jaffe and her sister Brooke are here to tell you it’s okay to ask for help. It’s okay to tell people what you’re going through and it’s okay to need them. While the first step is difficult, once you do, it’ll feel like the world has been lifted off your shoulders. There is a light at the end of the tunnel. 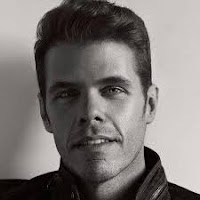 Jaffe decided it was important to reach out to some celebrities that might be willing to tell their own story dealing mental health issues. She was shocked at the amount of response she received and only validated her path with the project. On the Project UR OK site you’ll find several well-known stars who share their experiences including Entertainment Reporter Perez Hilton, Wil Wheaton (Star Trek: The Next Generation/Stand By Me) and Jake Plunkett (Production Manager/Producer for SNL) to name a few.

Ultimately Jaffe hopes the site will become a safe haven for those struggling with various issues, who will feel comfortable talking about what they are going through, which will in turn help others.  Life is precious. It shouldn’t be taken for granted, and the key is that no one can truly deal with the illness except you. If you’ve ever heard that song by Wilson Phillips “Hold On“, I love the lyrics which ring so true- “No one can change your life except for you.  Hold on for one more day, things will go your way, hold on for one more day.” Having dealt with my own depression over my lifetime, I can say without a doubt, things do get better but you have to reach out.
Please check out Project UROK, where you’ll find a community of people who are struggling just like you. There are tons of videos, blogs and resources. Only you can change the course of your life.