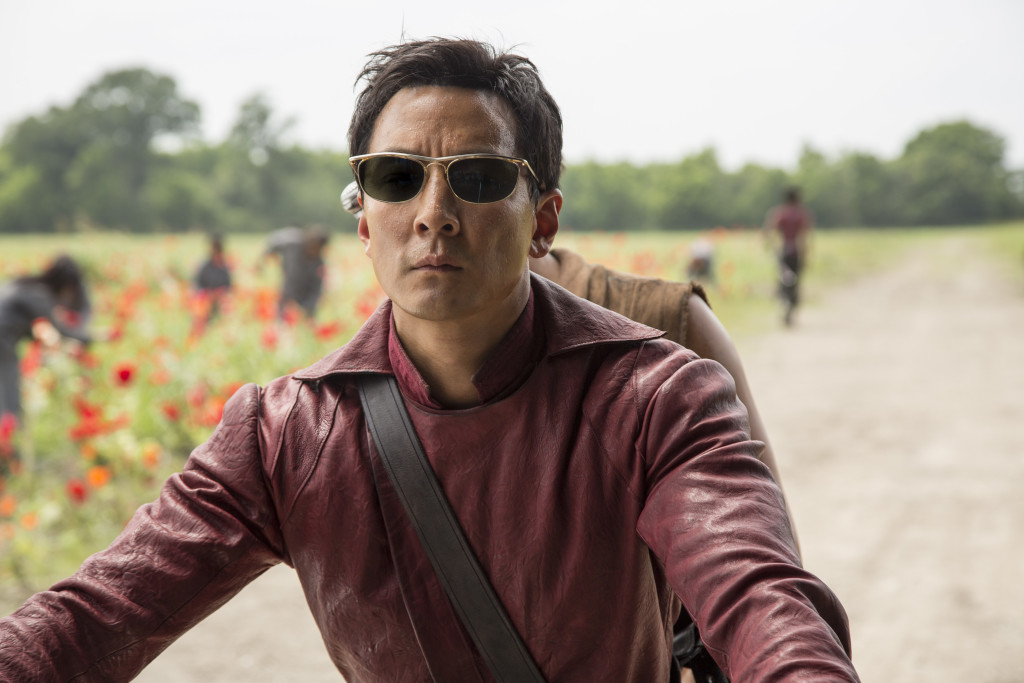 Welcome to the Badlands!

Where seven barons rule; each with a loyal army of lethal martial art fighters called Clippers. Guns and other technology like cell phones don’t exist in this futuristic world. Bummer. The show begins with Clipper Sunny (Daniel Wu) riding on his motorcycle passing by fields of poppies. He comes across an overturned truck and a murdered transport of cogs aka slaves that belonged to his Baron, Quinn (Marton Csokas). He notices one person might still be alive as their ankle chain is broken. He finds nomads, made up of 11 men (yes I counted) including the leader. Noticed how I said there were 11 men, because Sunny made quick work on them in a 2 minute battle (yep I timed that too) that was barely a contest after the leader refused to answer his questions, especially about what was in a trunk. Upon opening the trunk up pops a teenage boy named M.K. (Aramis Knight).

After making M.K. bury the cogs Sunny decides to take M.K. to his Baron’s fort. MK would prefer that Sunny let him go but Sunny wasn’t having it.  They arrive at the Baron’s house. Sunny shows M.K. around the barracks where potential Colts (Clippers in training) practice. M.K doesn’t want to become a Colt and doesn’t look too impressed. We finally meet Quinn as he provides a rousing speech to the new recruits. Sounding like a southern preacher (or cult leader), Baron Quinn excites his new charges to want to serve him loyally, especially after telling Sunny’s story. Sunny, who made his first kill at 8 years old, is the baddest Clipper in the land with the most kills at 404. He shows the boys his back which is filled with marks that represent each kill. He needs to start adding marks onto his arms the rate he’s going racking up that body count! 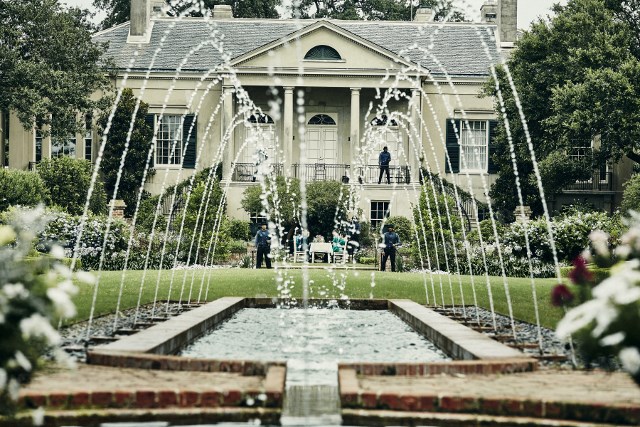 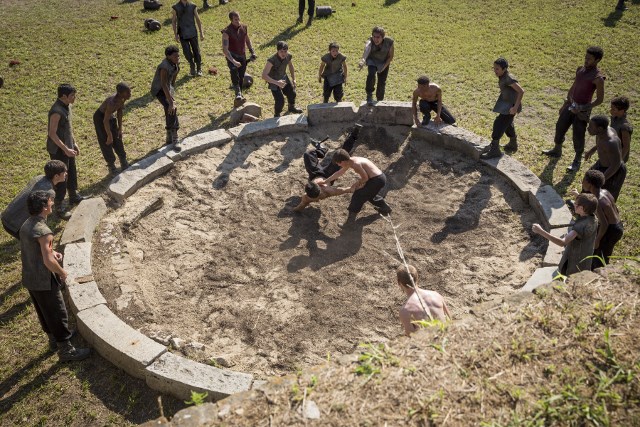 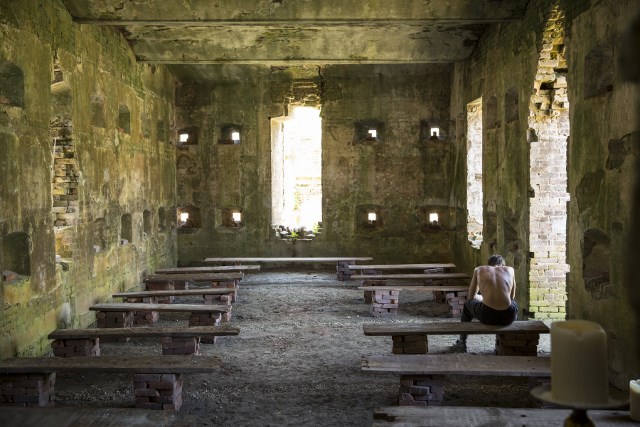 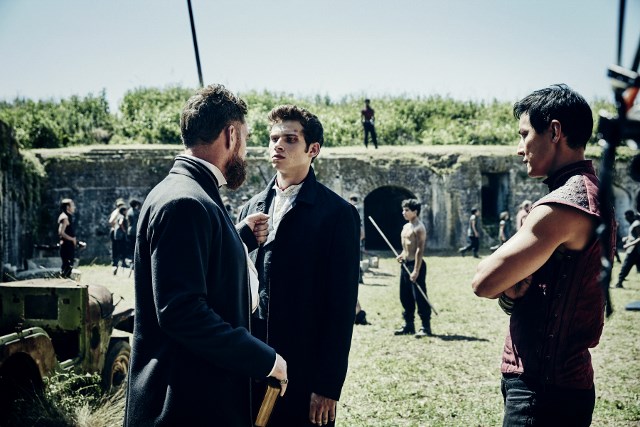 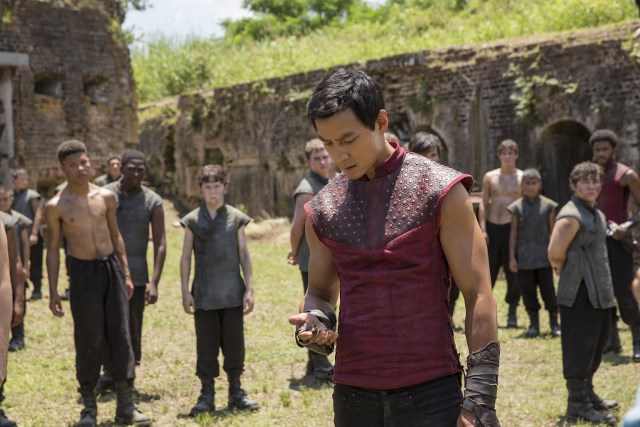 After the meeting Quinn questions M.K. about why the Widow would be interested in him but M.K. doesn’t know why. Quinn tells Sunny to put M.K. in with the recruits. Ryder (Oliver Stark), Baron Quinn’s son, approaches not appreciating his father’s interference with the nomads. After finding out about the Widow, Ryder thinks they should take her out now, especially since she controls the oil that runs the factories that process the poppies. Ryder reasons that not retaliating against her will make them appear weak. Sunny cautions that they could make the other five Barons go to war on them. Quinn agrees with Sunny. You can tell immediately from this conversation and that Quinn trusts Sunny implicitly and takes his advice over his son frequently. You also can tell that Ryder has some serious Daddy approval issues and resentment towards Sunny.

Meanwhile M.K. is immediately picked on by one of the potential Colts named Ajax who takes off his pendant. M.K. of course tries to get it back but Sunny has to break up the fight. He takes the pendant and walks away. The way Sunny studies the pendant made me think it’s significant. Ryder watched the scene from the top of the Pit area. One of the other boys, Bale, gives M.K. the 411 about Ajax picking fights to impress the Clippers. He offers M.K. to watch his back if it’s reciprocated.

Political undertones are introduced and family dynamics are further revealed as we see Quinn talking with his wife Lydia (Orla Brady) about his upcoming wedding to a younger woman named Jade (Sarah Bolger). Three barons have declined invitations which seems to indicate they aren’t happy that Quinn is marrying a Cog. At least that is what Lydia is implying. She also brings up that Quinn needs to give his son more responsibility, unfortunately Quinn lacks confidence in Ryder even though he’s trained him. See, daddy issues! Lydia warns him to not underestimate Ryder, especially considering the sacrifices he has made. There is definitely more to that story. At the same time you can tell that Quinn isn’t felling well when he briefly zones out on Lydia with a major ringing headache.  We later find that Quinn is hooked on that ppppoppy!

We figure out why Sunny’s so interested in the pendant when he goes to his house and looks at a compass with the same symbol as the pendant. We also see a brief flashback to when he was a little boy and sees another kid dead with his throat cut. Ryder barges in and pleads his case again about moving against the Widow. Sunny doesn’t budge on his stance. Ryder does mention his concern that Quinn isn’t acting himself with the headaches by agreeing with Sunny’s opinions all the time. After getting nowhere with Sunny, Ryder leaves taking the pendant after Sunny denies seeing the symbol before. Umm rude!

We do get to meet Jade briefly as she takes a walk with the Baron, Lydia watching from further away. Ryder approaches sympathetic that his mom may be hurting about seeing Jade with Quinn. Lydia reassures her son that she’s confident that the Baron will always need her and that she has his head and heart while Jade can have his lower body. 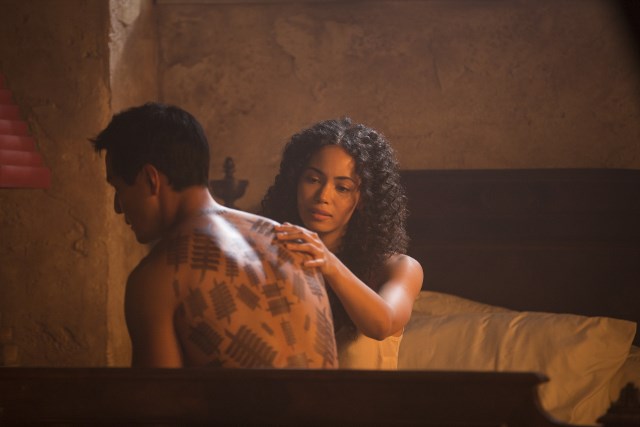 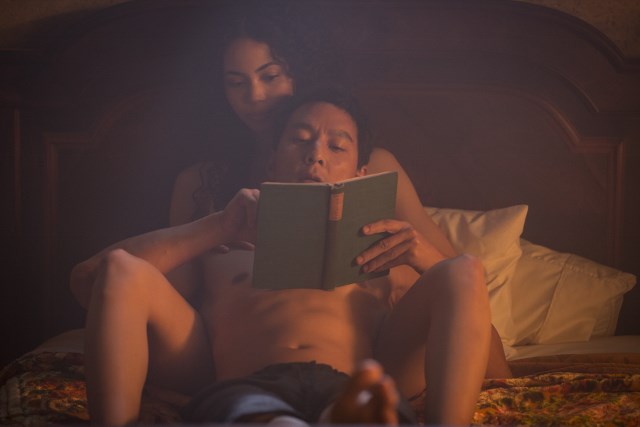 We later see Sunny cuddling with his girlfriend Veil (Madeleine Mantock) learning to read. Apparently he’s made progress since he first started getting lessons. Veil unfortunately ruins the mood by telling him that she’s pregnant. Sunny’s reaction isn’t the greatest and tells her that she needs to get rid of it because it’s against the rules. Veil tries to get him to tell her how he really feels about the baby. She wants to get out of the Badlands but Sunny knows that Quinn would come after them and kill them if they try to leave. He also denies that there’s land outside of the Badlands. Veil still thinks there is good in Sunny and that they will figure out a way.  Sunny leaves to go get more marks and ruminate.

Now it’s night time at the barracks. Ajax makes the mistake of going after M.K. again in the bathroom. For his efforts Ajax’ butt got handed to him when M.K., whose eyes turned a possessive demonic black, injures Ajax to the point where he gets a shard of glass is in his eye. M.K. collapses. Sunny witnesses the last part and takes M.K. to his house wondering what the hell?! He figures now he knows why the Widow wants M.K. Apparently since he was a kid, when M.K. sees his own blood, he turns into a fighting machine. His mother was trying to get him to a healer that could fix him but they were separated by nomads. M.K’s been trying to find his mom ever since. When Sunny shows him the watch, M.K. says that the symbol is his home Azra, which is conveniently outside of the Badlands.   Unfortunately it’s been so long that he doesn’t know how to find Azra now. Sunny lets M.K. know that Ryder has his pendant and to not be stupid trying to get it back. Sunny has got a lot of thinking to do. 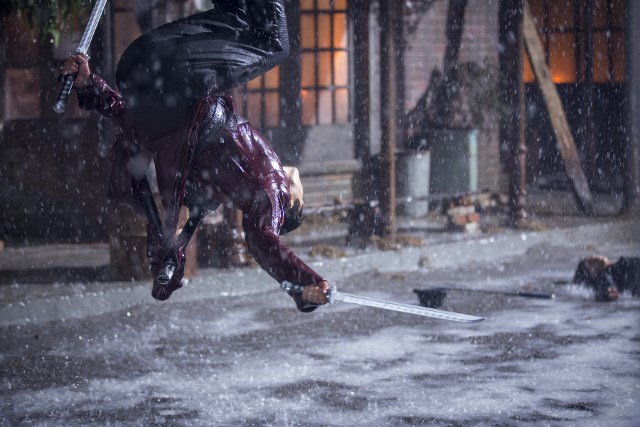 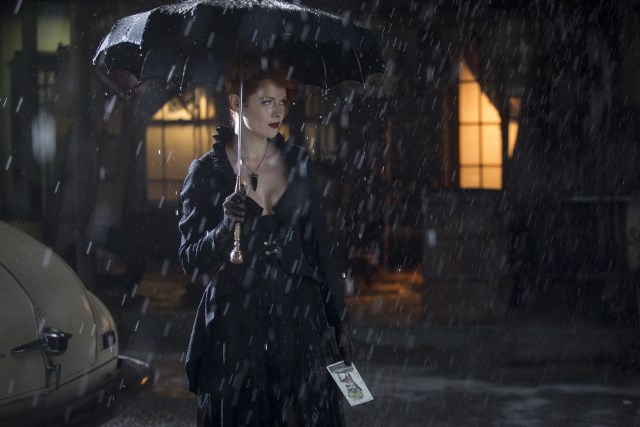 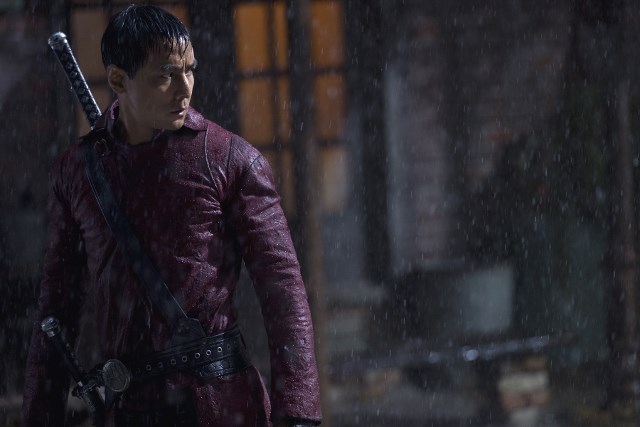 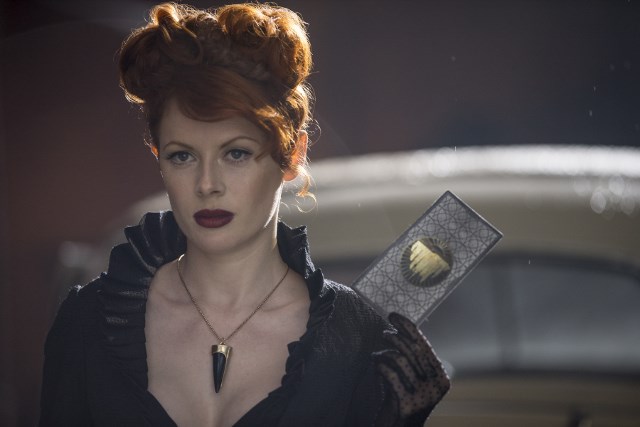 Sunny goes back to Veil’s house, but changes his mind. That turned out to be a good idea because he gets ambushed by the Widow’s men. In another beautifully choreographed fight sequence, Sunny adds four more bodies to his kill count. After seeing Sunny’s handiwork, the Widow comes out of the car Sunny was fighting around. She tries to get Sunny to give her M.K. but leaves when he refuses. She does leave an open offer for him should he change his mind.

M.K. gets put in a cage after not heeding Sunny’s warning and trying to take the pendant back from Ryder, but gets caught his room. He plans to execute the kid after talking about it with his mom. Sunny helps him escape. Unfortunately Lydia witnesses the deed. No telling what she will do with that information. Quinn asks Sunny to move in one of the cottages that’s closer to the house. Sunny reluctantly agrees to do so in the morning. The Baron knows that the other barons are coming after him so he wants to defend his home with Sunny. Ryder will not be happy about this! Although, he may not mind as much after having sex with Jade.

This was a great first episode! I love that this show is so unique in that I felt like I was watching a martial arts movie. I think the cast so far have great chemistry with each other. It’s also so refreshing that we have a Chinese American actor playing the main protagonist. Daniel Wu brightens my day as Sunny. Oliver Stark brings the angst as Ryder, and having a female villain just makes be excited for this show! Aramis Knight shows promise as the mysterious kid that needs to control his special ability while trying to survive people potentially using him. Was I the only one that was reminded of the shower fight scene in the movie Ender’s Game when M.K. fought Ajax in the bathroom? The fight scenes were everything! From the costumes, cinematography, and the landscape in this world, I want to escape Into The Badlands every week!