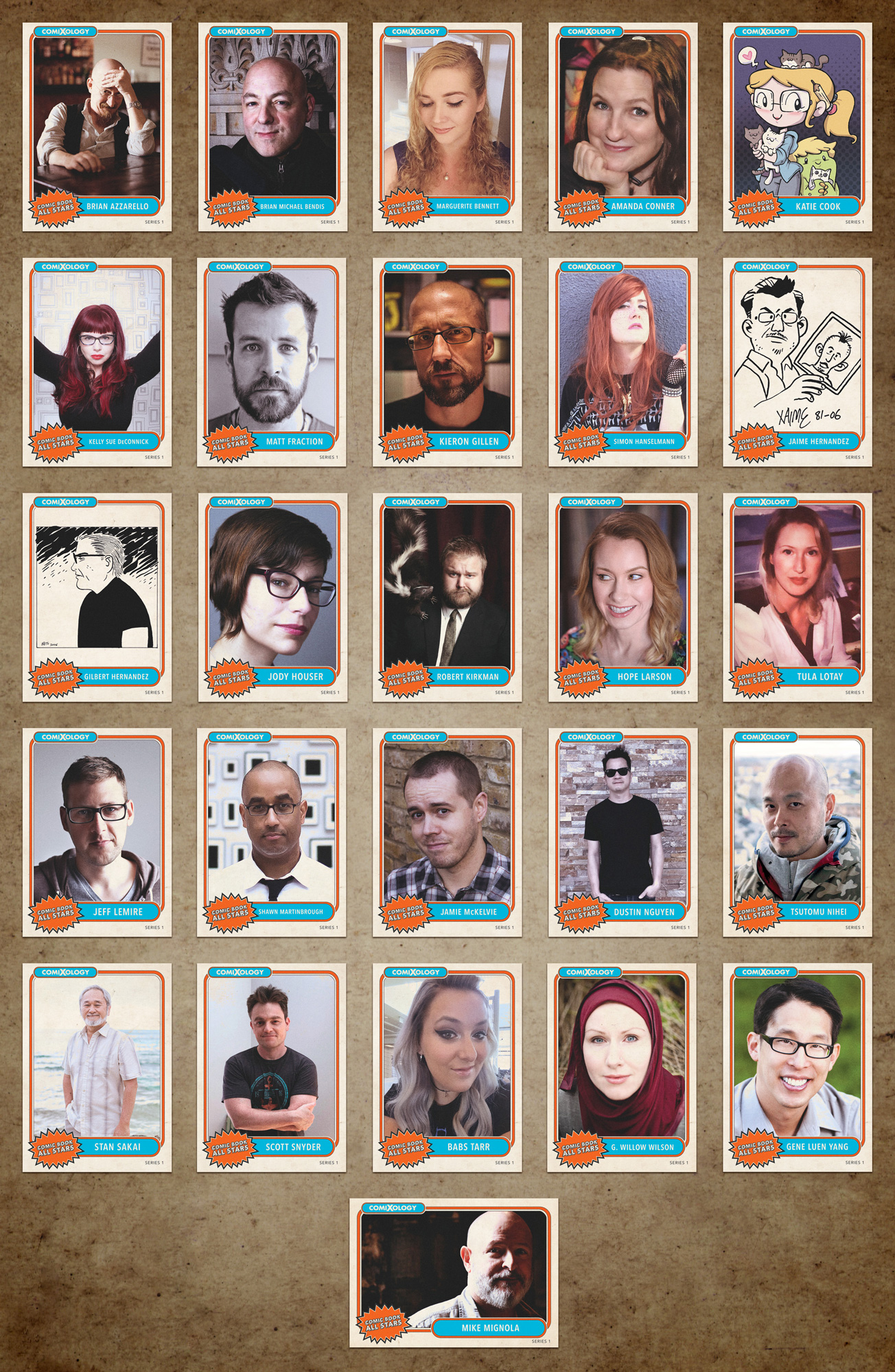 Today Comixology announced a line of trading cards featuring various comicbook writers and artists. Each card will also have a code for a free title on comixology.com that was handpicked by the spotlighted creator featured on the card.

More info in the press release below:

“These collectible trading cards are a fun way to pay tribute to the amazing writers and artists whose creativity inspires and excites us all,” said comiXology Co-founder and CEO, David Steinberger. “Whether you love superheroes, indies, graphic novels, all-ages adventures, manga, or all of the above like me, there’s never been a better time to discover new comics  and fall in love with the creators.” 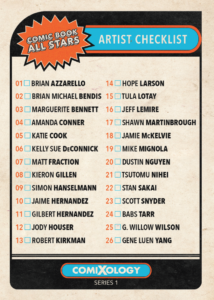 Comic-Con International takes place in San Diego, CA. from July 20th – 24th with comiXology exhibiting at booth #2547. ComiXology will be hosting ten panels this year at the show and during every panel a limited supply of trading cards, as well as Kindle Fire HD devices, will be given out to lucky attendees. The “Comic Book All Stars” collectible trading cards will also be available at designated times during the convention at the comiXology Booth. The company will be announcing creator signings and card drops via social media and its Tumblr closer to the convention (links for those are below).

“We want to make everyone on the planet a comics fan,” said Steinberger. “And we like to have fun while doing it. These cards are a fun throwback, and hopefully collectors will discover their next favorite creator while collecting the whole set.”