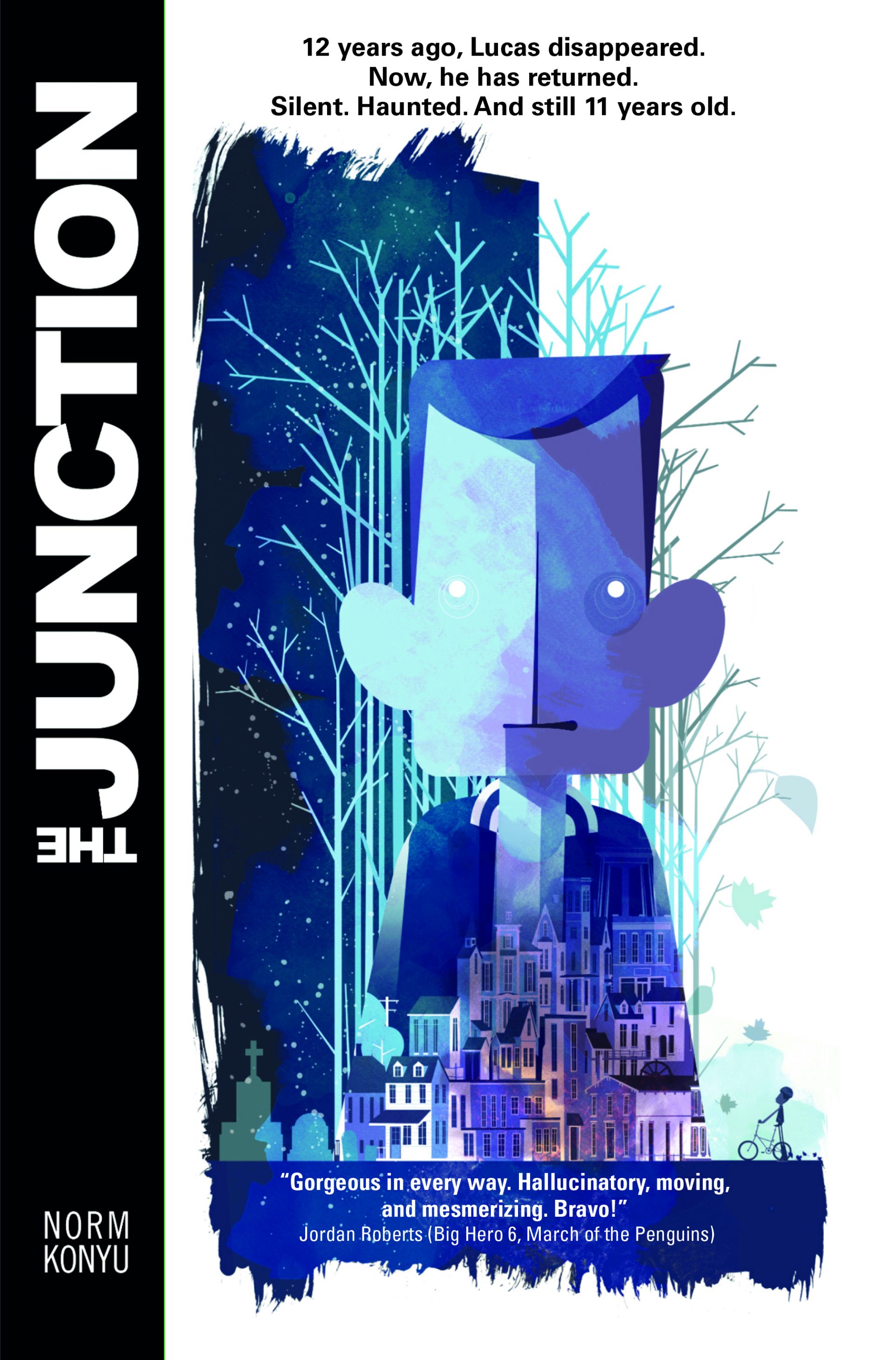 “Without hyperbole, Norm Konyu’s THE JUNCTION is probably my favorite graphic novel. Gorgeous in every way, it is hallucinatory, moving, and always mesmerizing. A free fall through Grace, Sorrow and Remembrance, what a joy it is to see Mr. Konyu – and his hero, Lucas – pay Humans, Love and Life the aching, hysterical and heartfelt respect they deserve. Bravo”

– Jordan Roberts (Writer of Big Hero 6, March of the Penguins)

JULY 29, 2021 – Titan Comics is delighted to be publishing the debut graphic novel by Norm Konyu, The Junction – set to arrive in stores April 2022!

When a missing child, Lucas Jones, reappears on his Uncle’s doorstep in his hometown of Medford after an absence of 12 years, the brief moment of joy is clouded by mystery. Where has he been? Where is his father who disappeared at the same time? And how is it possible that Lucas is still 11 years old?

As Lucas is uncommunicative, it is left to Detective Sergeant David King and child psychologist Jean Symonds to attempt to find some answers from the few belongings Lucas returned with; little more than four Polaroids and a personal journal which speaks of his time in a place called ‘The Junction’.

The story unravels through interviews, medical and police reports, and, ultimately, through visits to The Junction via the pages of Lucas’s diary, jumping back and forth in time, revealing pieces of the puzzle in a mystery that keeps the reader guessing right up until the end.

“I’m so excited that Titan Comics has given me the opportunity to share the world of The Junction, a project I began way back in 2012 with some notes scrawled on scrap paper. I had to rediscover my personal style to tell the tale, stitching together memories of growing up in small town Canada with dream imagery. It’s been a challenging project, but a deeply personal one that I hope resonates with readers.” – Norm Konyu

Norm Konyu began his career during the traditional era of pencil and paper, weathering the seismic changes in the industry to the digital realm. As a professional animator he has worked for companies such as the BBC, Dreamworks, Nickelodeon, and Cartoon Network. He was Senior Animator on BAFTA and International EMMY award-winning preschool series Hey Duggee!.

Born and raised in Ontario, Canada, Norm Konyu currently resides in the UK. The Junction is his first foray into the world of comics since being a teenager. To find out more about Norm Konyu, you can visit his professional website: https://mooseboy.co.uk

The Junction will be released by Titan Comics in April 2022 and is available to order on Amazon (US) and Forbidden Planet (UK and Europe).