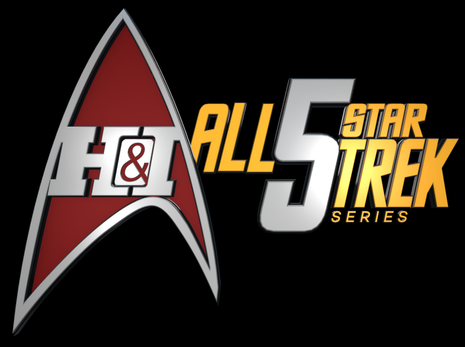 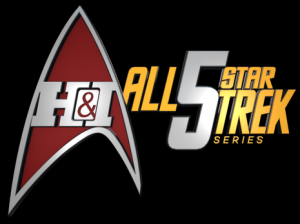 (07/18/16 – Chicago, IL) – Heroes & Icons Television Network (H&I) adds more intergalactic excitement to its groundbreaking All Star Trek universe, announcing that it will present the enhanced version of Star Trek: The Original Series uncut and with limited commercial interruption. The uncut version of Star Trek: The Original Series has not been seen on broadcast television in years. Now H&I is giving fans of the iconic series a chance to explore the show again in an experience similar to when it first aired 50 years ago this fall.

“Setting phasers to stun” in this groundbreaking television first, All Star Trek on H&I features all five of the original live action Star Trek TV franchises airing together, six days a week. Beginning Sunday, July 24, 2016, at 8:00pm ET, viewers will see Star Trek: The Original Series, Star Trek: The Next Generation, Star Trek: Deep Space Nine, Star Trek: Voyager and Star Trek: Enterprise. H&I will broadcast all five series, beginning with the first episode of each one, all on one network, for the first time in the history of the franchise. Viewers can watch the All Star Trek trailer and find out where to watch each night of All Star Trek programming on the H&I AllStarTrek.com website.

Uncut ‘Star Trek’ Restores Lost Scenes Star Trek: The Original Series made its network TV debut on September 8, 1966 and aired for three seasons, ending on June 3, 1969. Since then the series has lived long and prospered in syndication reruns, at the expense of deleted scenes cut from every episode for additional commercials. H&I will transport fans and viewers back in time, returning all of these lost and deleted scenes back into each episode. In addition to this uncut presentation, All Star Trek will feature the re-mastered and enhanced versions of Star Trek: The Original Series, giving viewers the best of more modern visual technology with the legacy storylines and series content intact.

“With this decision to air the original Star Trek series uncut, H&I will not only feature all five live action Star Trek TV series on one network, they will all be presented uncut,” said Neal Sabin, Vice Chairman of Weigel Broadcasting Co.

The mission of Heroes & Icons is to present heroic TV characters in their iconic television series. The original Star Trek TV series, brought to life by creator Gene Roddenberry, captured the imagination of millions of fans with its creative and insightful story telling lead by a heroic captain and his equally heroic crew. Theirs was a 5 year mission that has now spanned 50 years and counting. 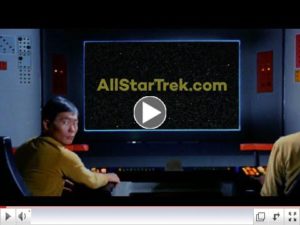 Gotham’s a Mad City When a Bromance is in Trouble