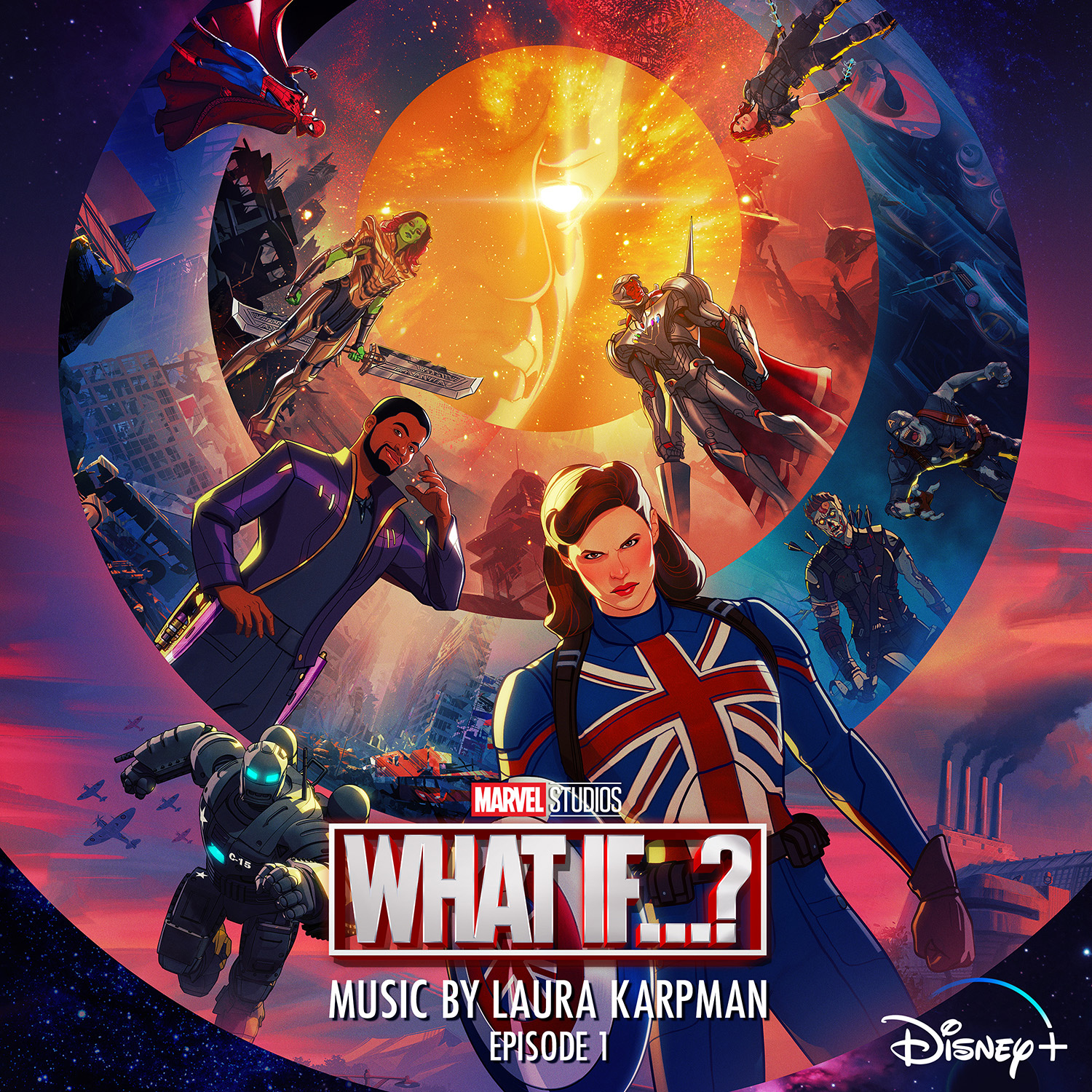 WHAT IF…CAPTAIN CARTER WERE THE FIRST AVENGER?

MUSIC FROM THE DISNEY+ ORIGINAL SERIES WHAT IF…?  FEATURES SCORE BY EMMY®-WINNING COMPOSER LAURA KARPMAN

Burbank, CA – August 13, 2021—Available today, What If…Captain Carter Were The First Avenger? Original Soundtrack (Episode 1) features score by Emmy®-winning composer Laura Karpman.  The release will be followed by the What If…? Original Soundtrack Episode 2 digital album available on August 27, with subsequent weekly releases for each episode of the series.  The score was produced by Karpman and Nora Kroll-Rosenbaum and album producers are Brad Winderbaum, Bryan Andrews and Dave Jordan.

“What If…?” flips the script on the MCU, reimagining famous events from the films in unexpected ways. Marvel Studios’ first animated series focuses on different heroes from the MCU, featuring a voice cast that includes a host of stars who reprise their roles. Directed by Bryan Andrews with AC Bradley as head writer, “What If…?” launched exclusively on Disney+ on August 11, 2021.

Commenting on her score, Karpman said, “I am so proud to be the composer of ‘What If…?’  Victoria Alonso, Brad Winderbaum and Bryan Andrews gave me the perfect composer playground, rooted in the Marvel experience and the freedom to explore outside of it! In episode one, I got to play with the traditional sound for Captain America and transform it. What a great experience!”

A Conversation with Composer Spencer Creaghan