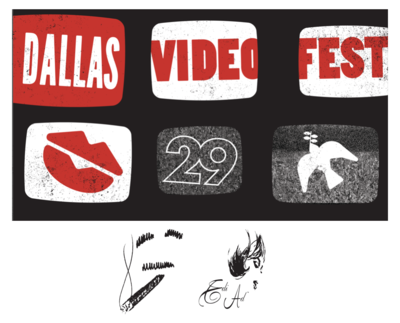 The Video Association of Dallas announced yesterday that Michael Nesmith (of The Monkees) would receive the Ernie Kovacs Award this year. The ceremony takes place in Dallas on October 1st. Full details along with pictures below courtesy of their press release. 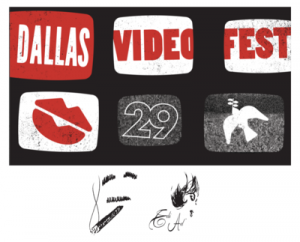 FOR IMMEDIATE RELEASE
DALLAS, TX. (MONDAY AUGUST 29, 2016) – The Video Association of Dallas announced today that former Dallasite, Michael Nesmith will receive the Ernie Kovacs Award on the evening of Saturday, Oct. 1, at the Kessler Theater (1230 W. Davis St.), prior to Dallas VideoFest 29, which runs Oct. 18-23. Nesmith is being recognized for a career that spans more than 50 years, including acting, producing, songwriting and his breakout role with The Monkees band and widely popular 1960s TV show.
The Ernie Kovacs Award recognizes the career and talents of some of television’s greatest visionaries. Kovacs’ work in the 1950s and early 1960s summed up the spirit of innovation and the development of the language of television art. Past award recipients include “Rowan & Martin’s Laugh-In” creator George Schlatter, Joel Hodgson, Robert Smigel, Terry Gilliam, Harry Shearer, Chris Elliot & Bob Elliot, Martin Mull and Mike Judge.
“Michael Nesmith is being recognized for his efforts as a video pioneer,” said Bart Weiss, director of Dallas VideoFest. “He understood the future of home video and formed Pacific Arts Video, which was a high point for great video that could be viewed at home.
“In looking back at the comedy of The Monkees and his other work, you can see the visual puns that came from Ernie Kovacs,” Weiss said. “More than that, he, like Kovacs, saw what video and television could be and took us to that new place.”
“It’s immensely gratifying that Michael Nesmith is the latest recipient of Ernie Kovacs Award,” said Josh Mills, president of Ediad Productions and the Estate of Ernie Kovacs. “Nesmith’s innovation in the early years of home video with ‘Elephant Parts’ and his Videoranch Productions showed his cockeyed sense of humor and his creativity were aligned with Kovacs’ vision. He embodied the spirit of Kovacs by pushing the boundaries and asking ‘What if?’.”
Nesmith is a former Dallas resident best known for his work with the hugely popular The Monkees band and television show. His other contributions in film, television and music include serving as executive producer of cult films REPO MAN, TAPEHEADS and TIMERIDER. Moreover he developed Pop Clips in 1980, which was the inspiration for MTV and his video “Cruisin” was Pop Clips first video. He won the first Grammy Award given for Video of the Year in 1981 for his hourlong Elephant Parts. He served on the board of trustees for the American Film Institute for 10 years.
Nesmith will reunite with former Monkees Micky Dolenz and Peter Tork for a concert Sept. 16 at Hollywood Pantages Theatre in Los Angeles to mark the 50th anniversary of the TV show and plans a book tour to promote “Infinite Tuesday” – an autobiographical riff, which is due for release in 2017.
The award presentation will take place as a stand-alone event, Saturday, Oct. 1, at The Kessler, 1230 W. Davis St. in Dallas. Doors open at 7 p.m. and showtime is at 8 p.m. Tickets available:http://www.prekindle.com/promo/id/24545708305417863
“We saw an opportunity to elevate the Ernie Kovacs Award to a higher level by separating it out from the Dallas VideoFest and creating its own event,” said Bart Weiss, director of Video Association of Dallas and creator of the Kovacs Award for Dallas VideoFest.
History of DVF’s Kovacs Awards
The Dallas Video Festival and the Video Association of Dallas announced the first Ernie Kovacs Award at the 1997 festival. Comedian Joel Hodgson of “Mystery Science 3000” was the first recipient and subsequent annual honorees include Terry Gilliam of “Monty Python;” Robert Smigel, writer/performer of “Saturday Night Live” and “Late Night with Conan O’Brien; Paul “Pee-wee Herman” Reubens; Martin Mull; Mike Judge and George Schlatter of “Rowan & Martin’s Laugh-In.”
Actress Edie Adams, Kovacs’ wife, came to host the awards program every year until her death in 2008.
previous post