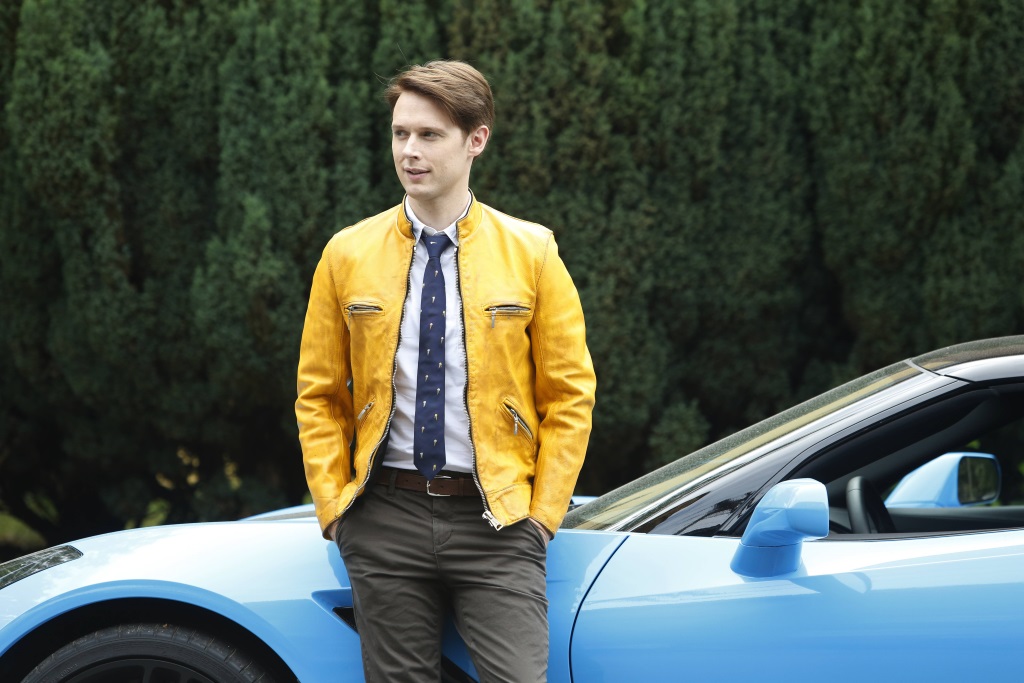 BBC America just announced that the hit show Dirk Gently’s Holistic Detective Agency will be returning in 2017 for a second season with 10-episodes.  If you haven’t caught up on the first season there is still time before the season one finale airing on December 10 at 9 Eastern/8 Central.

Sarah Barnett, President of BBC AMERICA, commented, “Outlandishly different, Dirk Gently has hit a sweet spot with BBCA fans.   With Elijah Wood and Samuel Barnett’s chemistry as oddball detective/sidekick duo, and our creators promising ever greater genius-weird cosmic mystery in the next case, we’re happy to announce more of this truly original and entertaining show.”

The series is set in the unexpected world of the hyper, absurd, eponymous detective Dirk Gently (Samuel Barnett). Dirk Gently, is a serialized comedic thriller that follows the bizarre adventures of eccentric “holistic” detective Dirk Gently and his reluctant assistant Todd (Elijah Wood), as they wend their way through one big, seemingly insane mystery a season, crossing unlikely paths with a bevy of wild and sometimes dangerous characters, each episode landing them a few random steps closer to uncovering the truth.