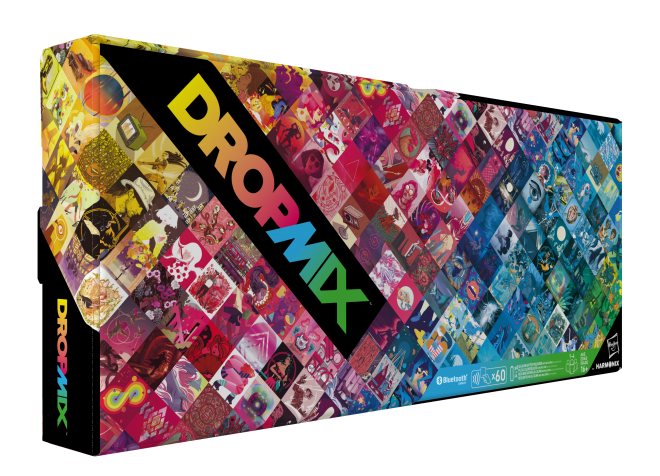 DROPMIX is a new cutting edge music mixing game created in collaboration by Hasbro and video game developer Harmonix Music Systems, Inc.   Set to be in stores in September 2017, those attending SXSW will be able to get a preview of the game by attending the Mashable’s Mashbash on Sunday March 12th.

The game (retail $99.99) will include a DROPMIX Board and 60 DROPMIX cards representing multiple music genres like R&B, Country, Hip-Hop, Pop and more. Think mixing up snippets of guitar from a Willie Nelson song, the melody from Bruno Mars, and the bass from a Tupac song.  Players will be able to download a free app to play with the game in the App Store for Apple and Google Play for Android devices.  Hasbro will release more DROPMIX cards as playlist packs for $14.99 and discover packs with five DROPMIX cards for $4.99.

“When a DROPMIX card is placed on a Mix Slot, the electronic DROPMIX Board immediately starts playing the corresponding part of the song (bass, beat, loop or vocals) noted on the card. The board reads up to five DROPMIX Cards at time and the groundbreaking software in the app seamlessly combines the music within each card to create a unique mix. The DROPMIX cards include NFC chips; a technology commonly used in smartphones with digital wallets.”

“We continue to focus on creating cutting edge play experiences and DROPMIX delivers on this in a mind-blowing way. We teamed up with Harmonix to leverage their mastery in music gaming and combine it with our expertise in physical and digital play experiences,” said Samantha Lomow, senior vice president of Hasbro Brands. “DROPMIX gives players a fresh way to combine their favorite artists and songs, find new ones, and create their best ‘drop the mic’ moments.”

“Our collaboration with Hasbro has enabled us to create the next evolution of musical play,” said Steve Janiak, CEO of Harmonix. “DROPMIX offers an entirely new way to discover, experience and interact with music that’s social, fun and competitive. When players place their first cards on the DROPMIX board this September, when they hear their first mind-blowing mix, they’re going to be completely amazed.” 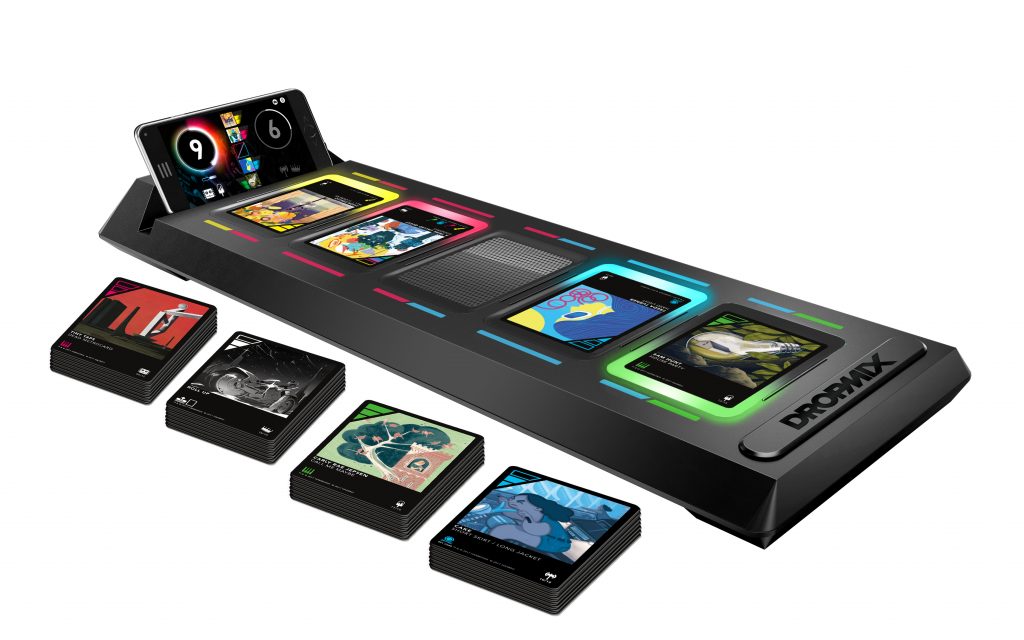