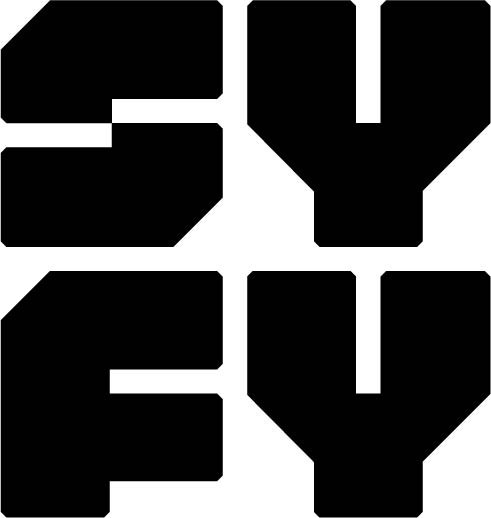 SYFY released information on panels and events at San Diego Comic-Con today. Below is a summary of all events coming to Comic-Con along with the full panel schedule.

WITH WALL TO WALL TAKE OVER

15 Panels and Screenings Featuring the Biggest Names in Sci-Fi and SYFY,

Including a ‘Battlestar Galactica’ Reunion

and Round-the-Clock Coverage by SYFY WIRE

NEW YORK, NY – July 5, 2017 – As SYFY celebrates its 25th anniversary and its recent brand reboot, the network is headed to San Diego Comic-Con bigger and better than ever before. In addition to 15 SYFY series panels or screenings, the network is rolling out a host of events, activations and parties designed to leave no fan behind. And SYFY will once again extend the fun to fans nationwide, with a three-night live TV event, SYFY LIVE FROM COMIC-CON, hosted by Zachary Levi.

“San Diego Comic-Con is the pinnacle event of the year for sci-fi enthusiasts, and as the only network dedicated to the genre 24/7, we can’t wait to celebrate in a big way,” said Alexandra Shapiro, Executive Vice President, Marketing and Digital, USA Network and SYFY. “SYFY is going to San Diego this year with a singular focus: to put fans first.”

Panels for 11 SYFY shows! Including:

Two big screenings! SYFY and Universal Cable Productions are screening an all-new episode of the grindhouse series BLOOD DRIVE and the premiere episode of “NO-END HOUSE,” the next installment in SYFY’s hit horror anthology CHANNEL ZERO.

Trivia trolleys! Test your sci-fi knowledge and compete to win prize money and other giveaways on SYFY trolleys roaming the streets of San Diego.

Cosplay karaoke buses! Take the stage – and the mic – to belt out your favorite sci-fi theme songs on SYFY buses traveling throughout the city. You might even be surprised by one of your favorite stars!

Cosplay repair carts! Get an expert makeup touch-up or costume repair at these roaming carts, designed to ensure that all cosplaying ‘con-goers are at their camera-ready best.

The Nerd Party lives on! SYFY is partnering with Zachary Levi to co-host his annual invitation-only Friday night party.

Levi will host SYFY LIVE FROM COMIC-CON, a three-night live television event that allows fans across the country to experience the best Comic-Con has to offer, dissect breaking ‘Con news, and hear from their favorite stars and creators. Airing Thursday, July 20 through Saturday, July 22, the live event is produced by Wilshire Studios.

SYFY WIRE’s intrepid reporters and correspondents are providing 24/7 coverage of all the breaking news from the ‘Con, online via www.syfy.com and on air on SYFY (including SYFY LIVE FROM COMIC-CON).

SYFY is a global, multiplatform media brand that gives science fiction fans of all kinds a universe to call home. Celebrating the genre in all its forms, SYFY super-serves passionate fans with original science fiction, fantasy, paranormal and superhero programming, live event coverage and imaginative digital and social content. The brand is powered by SYFY WIRE (www.syfy.com), the premier portal for breaking genre news, insight and commentary. SYFY is a network of NBCUniversal, one of the world’s leading media and entertainment companies. NBCUniversal is a subsidiary of Comcast Corporation.

SYFY WIRE is a genre news and editorial destination for superfans, by superfans. Featuring up-to-the-minute genre news, in-depth analysis and thought-provoking original content, SYFY WIRE covers the latest in nerd culture across TV, film, books, comics, games and technology. SYFY WIRE is online at www.syfy.com and on air on the SYFY network.

Universal Cable Productions (UCP) creates innovative and critically acclaimed original scripted and digital content across media platforms for domestic and international distribution. In the U.S., UCP’s programming can be seen across various networks including the Emmy, Golden Globe and Peabody award-winning drama “Mr. Robot,” “Colony,” “Damnation,” “Falling Water,” “Playing House,” “Shooter,” “The Sinner,” “Suits” and “Unsolved” on USA Network; “12 Monkeys,” “Blood Drive,” “Channel Zero,” “Happy!,” “Killjoys,” “The Magicians,” “Nightflyers,” on SYFY; “The Purge” on USA and SYFY; “All That Glitters,” “Girlfriends’ Guide To Divorce” and “Imposters” on Bravo; “The Arrangement” and “The Royals” on E!; “Difficult People” on Hulu; “HarmonQuest” on Seeso; and “Impulse” on YouTube Red. UCP’s content library includes critic and fan favorites such as the Emmy-award winning “Monk” as well as “Psych” and “Battlestar Galactica.” Universal Cable Productions is a part of NBCUniversal Cable Entertainment, a division of NBCUniversal, one of the world’s leading media and entertainment companies. Follow us @UCPisTV.