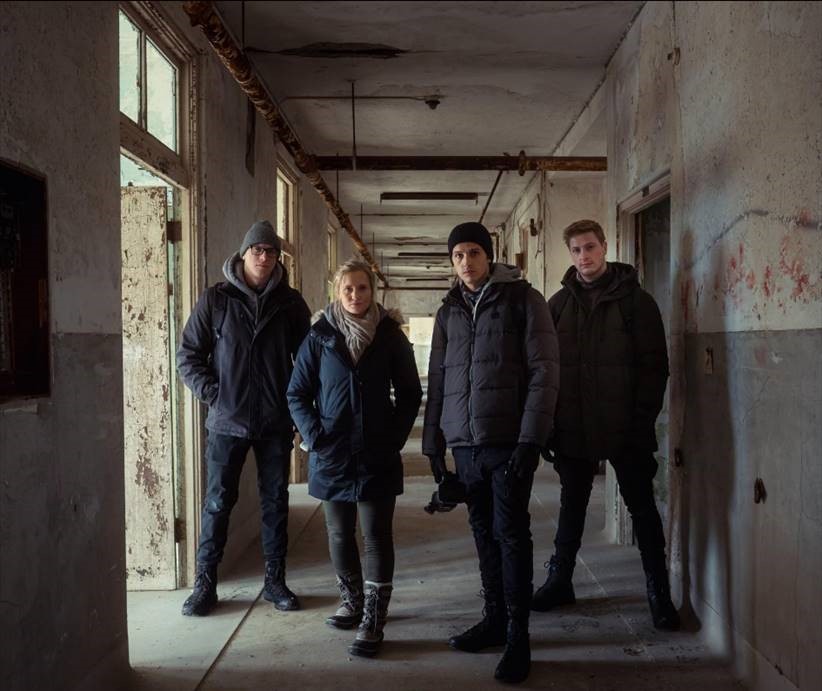 You didn’t think Discovery+ and the Travel Channel were going to sit out Comic-Con@Home this year, did you? Destination Fear is back for a new season and a panel at this year’s Comic-Con@Home! Details are below.

The fear-chasing foursome arrive at Comic-Con@Home for the first time together to share a look at their terrifying road trip across America venturing inside notoriously haunted locations including the Ohio State Reformatory, the Villisca Axe Murder House and Waverly Hills Sanatorium. Moderated by podcaster Sapphire Sandalo, panelists Dakota Laden, Chelsea Laden, Tanner Wiseman and Alex Schroeder reveal behind-the-scenes stories and an exclusive look at the new season. Hear about the scary sleepless nights the team face, how they gear up to conquer their fears and the terrifying tales that put the group through the ultimate test of strength and endurance.

“Destination Fear” back on the road for another tour de terror. Paranormal explorers Dakota Laden, Chelsea Laden, Tanner Wiseman and Alex Schroeder hit the haunted highways, byways and back roads of America once again, spending the night inside the nation’s most haunted, scariest and abandoned locations. This season, the fear-chasing foursome will be driven to the edge of endurance. Exploring under the harshest conditions they’ve ever faced and using sensory deprivation tactics to augment their paranormal experiment, this trip will test their mental, emotional and physical strength to the extreme. Confronting intense supernatural forces, the team quickly learns these entities do more than go bump in the night.

discovery+ is the definitive non-fiction, real-life subscription streaming service. discovery+ has the largest-ever content offering of any new streaming service at launch, featuring a wide range of exclusive, original series across popular, passion verticals in which Discovery brands have a strong leadership position, including lifestyle and relationships; home and food; true crime; paranormal; adventure and natural history; as well as science, tech and the environment, and a slate of high-quality documentaries. For more, visit discoveryplus.com or find it on a variety of platforms and devices, including ones from Amazon, Apple, Google, Microsoft, Roku and Samsung.

For the bold, daring and spontaneous; those adventurers who embrace the thrill of the unexpected; those risk-takers who aren’t afraid of a little mystery; if you’re up for anything, down for whatever, and above all, love great stories, journey on to Travel Channel. We’re more than you expect and everything you didn’t know you were looking for. Reaching more than 79 million U.S. cable homes, Travel Channel is the world’s leading travel media brand. Fans also can visit Travel Channel for more information or interact with other fans through Facebook, Twitter, Pinterest and Instagram. Travel Channel is owned by Discovery, Inc., a global leader in real life entertainment spanning 220 countries and territories, whose portfolio also includes Discovery Channel, HGTV, Food Network, TLC, Investigation Discovery and OWN: Oprah Winfrey Network.