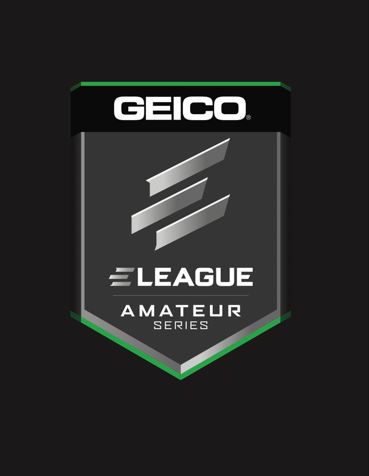 ELEAGUE and GEICO announced today they are teaming up for a Amateur Series video game tournament starting with Street Fighter V at PAX West this September. Full press release below.

August 1, 2017 — ELEAGUE, the premium esports tournament and content brand from Turner and IMG, has announced a multi-faceted partnership with GEICO to provide amateur gamers with a series of esports competitions to showcase their skills across a range of popular video games.

The GEICO ELEAGUE Amateur Series will begin with a tournament featuring Capcom’s acclaimed video game Street Fighter® V, to be held at PAX West, September 1-4 in Seattle, Wash., with live streaming coverage presented on both the ELEAGUE and GEICO Gaming Twitch channels.

“This partnership with GEICO provides an exciting opportunity for ELEAGUE to develop a deeper connection with the amateur esports community,” said Craig Barry, EVP and Chief Content Officer, Turner Sports. “We’re looking forward to broadening the reach of ELEAGUE, while providing an additional opportunity for amateur gamers to compete in an environment that closely mirrors the professional esports experience.”

“GEICO has been an incredible partner with ELEAGUE since its beginning, and the GEICO ELEAGUE Amateur Series builds on that through a very unique competition series that invites fans directly into the action,” said Seth Ladetsky, senior vice president of sales, Turner Sports. “Aligning with the vision for Turner Ignite Sports announced earlier this year, this initiative is another demonstrated example of how brand partners can harness the resources of Turner Sports in delivering fan experiences that truly move the needle.”

“The Fighting Game Community has grown by leaps and bounds into one of the most engaging and passionate fan bases in all of esports,” said Vince Giampietro, GEICO Senior Marketing Manager. “From day one, we’ve made it our goal to support the gaming community and we are excited to strengthen our relationship with Turner Sports in this new endeavor.

The tournament will begin with three online qualifiers, with the top 16 finishers competing at PAX West and 16 additional players will be able to qualify on site. Those top 32 players will be entered into a playoff bracket that will be played out to determine the winner.

Additional details, including prizing, production and commentators, will be shared in the coming weeks.

GEICO is the official auto and home insurance of ELEAGUE and has been committed to bringing the enthusiasm and excitement of esports to ELEAGUE fans since its inception in 2016. GEICO ELEAGUE Amateur Series events will be organized and managed in association with RedPeg Marketing, an experiential marketing agency and live event organizer. Two additional events are part of the inaugural schedule and additional details will be announced at a later date.

About ELEAGUE
ELEAGUE is the premium esports tournament brand formed in partnership between Turner and IMG that officially launched in 2016. A leader in the delivery of live event experiences, ELEAGUE content is widely distributed across leading digital platform Twitch, along with showcase programming airing on Turner’s TBS, a fully-distributed cable television network. In its first year, ELEAGUE produced two seasons featuring Counter-Strike: Global Offensive, along with the first-ever Overwatch® Open. As recognition of its industry-wide impact, ELEAGUE was awarded its first-ever CS:GO Major, originating from Atlanta in January 2017. The ELEAGUE Major Grand Final drove ELEAGUE’s Twitch channel to a record peak of more than one million concurrent streams, in addition to a reach of 3.6 million total viewers on TBS throughout the tournament. ELEAGUE received a Sports Emmy® nomination for Outstanding Studio Design and Art Direction in March 2017.

About RedPeg Marketing
RedPeg Marketing is reinventing the way brands connect with their consumers, creating experiences that inspire extraordinary moments. RedPeg’s campaigns bring brand ideas to life, emphasizing the power of interactivity and delivering palpable excitement to every event. Headquartered in Alexandria, VA, the agency activates at over 1,500 events each year for clients like GEICO, Enterprise, TD Bank, Jagermeister, Loot Crate and Francis Ford Coppola Winery.

About Capcom
Capcom is a leading worldwide developer, publisher and distributor of interactive entertainment for game consoles, PCs, handheld and wireless devices.  Founded in 1983, the company has created hundreds of games including ground-breaking franchises Resident Evil®, Street Fighter®, Monster Hunter™, Ace Attorney®, Mega Man® and Devil May Cry®. Capcom maintains operations in the U.S., Canada, U.K., France, Germany, Tokyo, Taiwan, Hong Kong and Korea, with corporate headquarters located in Osaka, Japan.  More information about Capcom and its products can be found at www.capcom.com or www.capcom-unity.com.

Killjoys S03E05: Attack the Rack aka The Empire Strikes First