Marvel today announced and released some cover art for their “How to Draw Variants” by writer Chip Zdarsky. The covers will come out this fall and include a few different titles (all of which can be read about below via press release from Marvel).

New York, NY—August 1, 2017—Have you ever wanted the great power and responsibility of drawing Spider-Man? Do you look at the pages of Black Panther and wish you could draw a Wakandan king? How often have you been tempted to break the fourth wall and draw Gwenpool?

Marvel has always championed rising creators, and now fans can learn how to draw like a super hero with HOW TO DRAW VARIANT COVERS by blockbuster writer Chip Zdarsky (Peter Parker: The Spectacular Spider-Man, Howard The Duck, Star-Lord.) First appearing on the back of a blank variant cover on Peter Parker: The Spectacular Spider-Man #1, HOW TO DRAW VARIANTS will debut on the covers of select Marvel comics this fall. Each custom cover features a step-by-step process for drawing one of Marvel’s iconic characters – along with some helpful “Zdarsky Advice” for good measure.

“I don’t know about everybody out there in Mighty Marveldom, but when I first started collecting comics, one of my hobbies was trying to draw my favorite Marvel heroes and villains,” said editor Devin Lewis. “Carrying on the grand tradition of the classic HOW TO DRAW COMICS THE MARVEL is this series of HOW-TO Variants by Chip Zdarsky, one of the most… unique?… voices in comics today. In addition to giving REALLY ACCURATE instructions about how to draw each of these characters, Chip’s bringing his brand of humor to each and every piece, and we can promise that whether you’re a Marvel fan old or new, at least ONE of these ‘em will give you a chuckle!”

Don’t miss your chance to learn how to draw from Marvel’s best. Be sure to visit your local comic shop and pick up your HOW TO DRAW VARIANTS for these titles this fall! 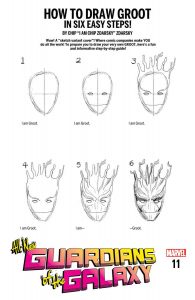 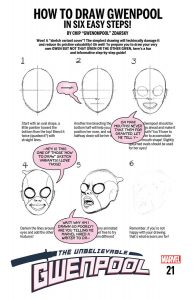 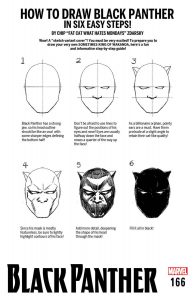 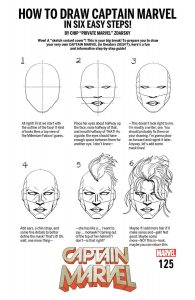 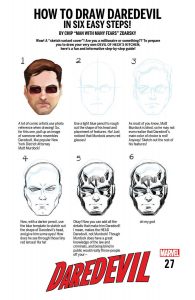 Marvel, a wholly-owned subsidiary of The Walt Disney Company, is one of the world’s most prominent character-based entertainment companies, built on a proven library of more than 8,000 characters featured in a variety of media over seventy-five years.  Marvel utilizes its character franchises in entertainment, licensing and publishing.