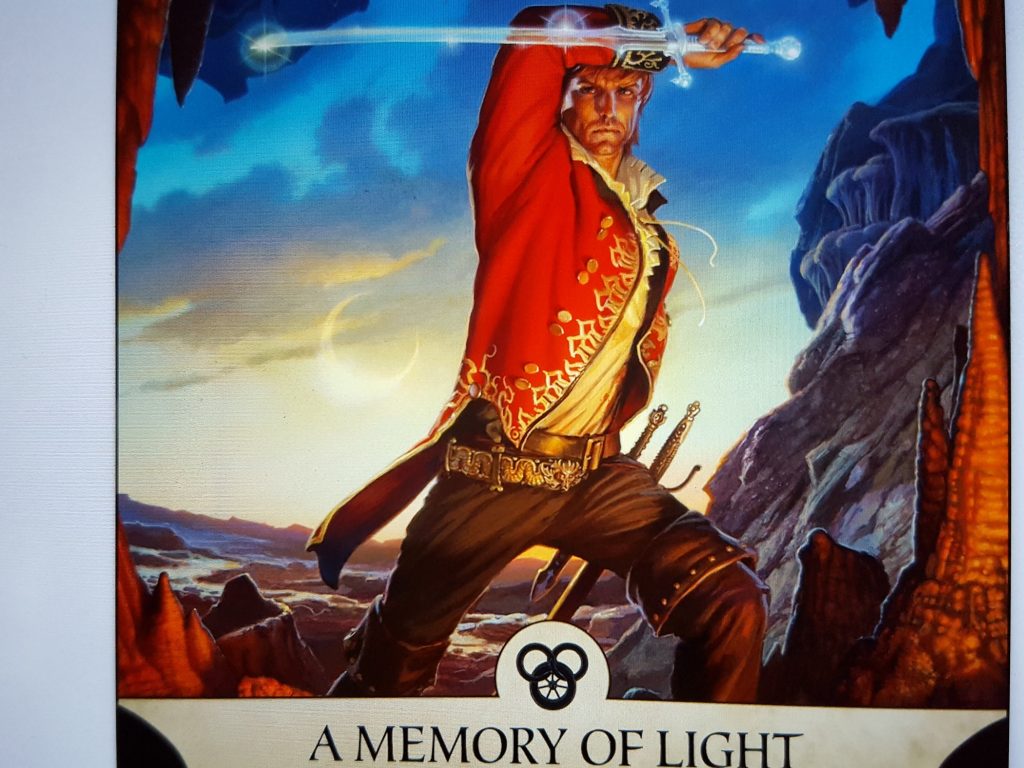 At a recent press London press event, Amazon Studios gave the the official green light for the epic fantasy “Wheel of Time” series by Robert Jordan.  For several weeks, showrunner Rafe Judkins (Marvel’s Agents of S.H.I.E.L.D, Chuck) has interacted with fans on twitter using the hashtag #WOTWednesdays.  So far what I’ve peeped is good.

With Judkins reassuring tweets and Harriet McDougal, Jordan’s widow, serving as consulting producer, the series is in good hands.  *Fingers crossed*.  The show will premiere in “on Amazon Prime Video in over 200 countries and territories,” according to the press release.

Small town dude (age around 18) discovers he’s destined to save and/or destroy the world.  Said male and friends go on an epic journey filled with magic, dice, braid tugging, and mad sword fighting. Trust me, you will need a cheat sheet.  Basically your usual fantasy world with characters to love and those you will love to hate.

If you want to check out the 13 book series before hand reading and/or listening to the audio books will be fine.  Heck you may even do a re-read before we get the premiere episode.  One thing I am looking forward to are several female characters getting their chance to shine and some AWESOME battles.

“The Wheel of Time is endlessly fascinating and resonates hugely with fans as one of the best-selling global properties, and we were drawn to its timely narrative featuring powerful women at the core,” said Jennifer Salke, Head of Amazon Studios. “We’re thrilled to extend our relationship with devotees who’ve found the book series transformative and welcome new ones by bringing it to life on Prime Video for viewers worldwide.”

“Developing and producing Robert Jordan’s beloved fourteen-books-series for TV is a big undertaking, and we don’t take it lightly,” said Sharon Tal Yguado, Head of Event Series, Amazon Originals. “We believe that Rafe’s personal connection to the material and soulful writing will resonate with the book’s passionate fans.”

“We are thrilled to have the opportunity to produce The Wheel of Time with our friends at Amazon,” said Co-President of SPT Chris Parnell. “In Rafe Judkins, we’ve found a brilliant visionary that is a true fan of the books and ready to bring Robert Jordan’s world to life.”

Judkins commented: “For so many people, including me, this book series has served as a world to escape to, to lose yourself in, to devour and inhabit completely. And I couldn’t be more honored to be the one finally bringing that world to life on screen, for old fans to lose themselves in all over again and new fans to discover for the very first time.”

I feel like once I start seeing set photos and cast announcements that is when I will be really like:

For my WOT peeps what are you most looking forward to in the series?  Which book is your fave? Sound off below in the comments!