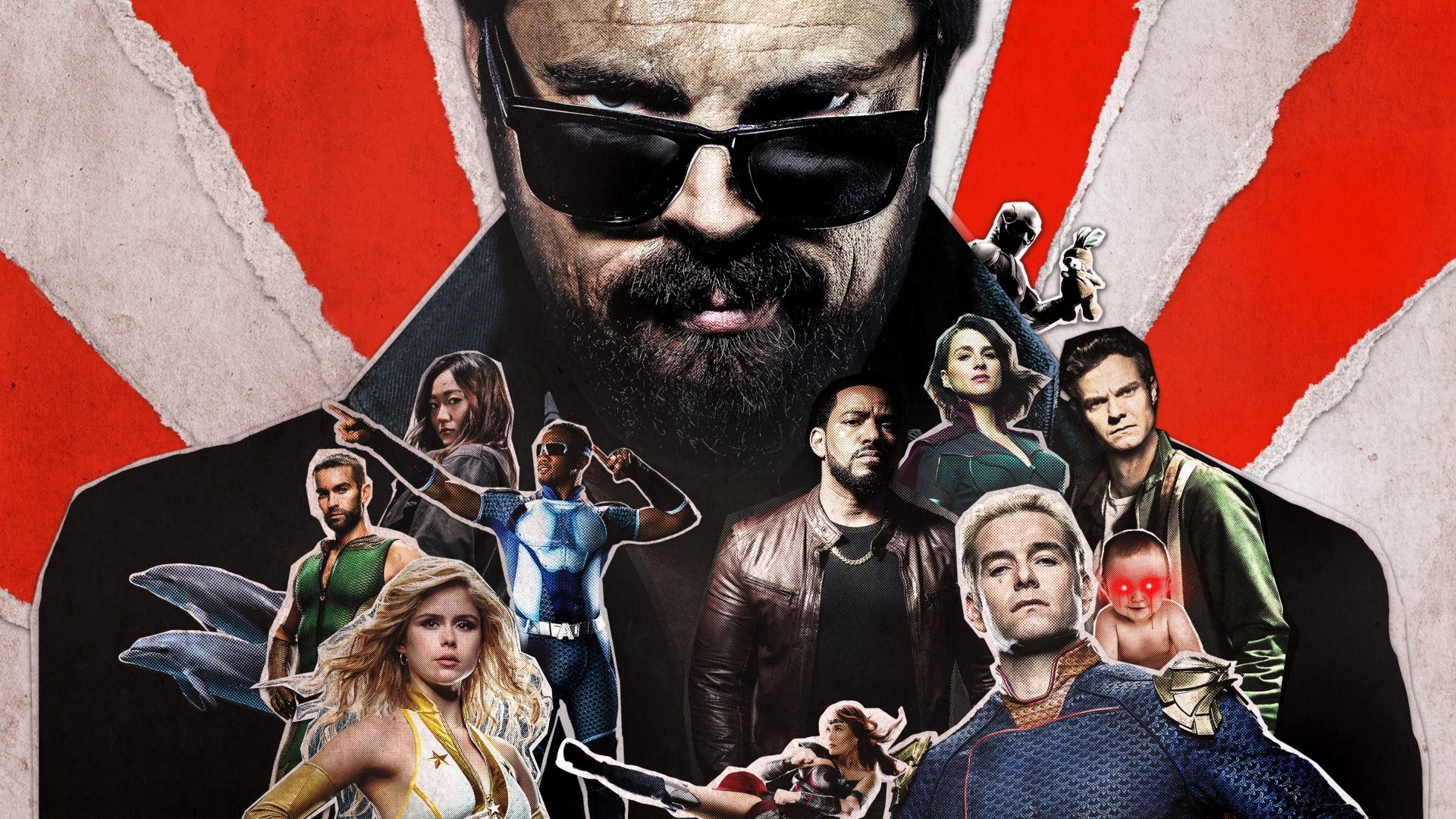 Spoiler level: This review is based on viewing the entire season, but contains only mild spoilers

The first season of “The Boys,” Amazon Prime Video’s adaptation of the Garth Ennis/Darick Robertson comic book series, introduced us to a world of supes controlled by a huge corporation, Vought International, and a group of CIA black ops members—informally known as The Boys—dedicated to keeping the supes in check and maybe, occasionally, killing a few here and there. The characters were all sketched out well enough to give the narrative sufficient thrust to propel it forward, but there seemed to be more to learn about each of them—well, at least the ones who survived.

The second season, which begins with the release of three episodes on September 4, 2020 and one per week thereafter, gives more heft to the personalities on display, diving deeper into the backstories of the main groupings and raising the emotional stakes higher. By investing into the character arcs, the show makes every emotional beat over the course of the eight episodes hit that much harder.

Last season ended with the Boys separated, and with the supes in a bit of their own disarray thanks to Homelander’s (Antony Starr) plan to create supervillains that the U.S. government could not ignore, thus guaranteeing he and his cohorts in superhero group The Seven would be part of the military. As usual with Homelander, he did not think the plan all the way through, and in the new season, it has backfired.

Additionally, some of the characters know superheroes aren’t born—they’re made thanks to Vought’s experimental drug, Compound-V. While some, especially Annie January/Starlight (Erin Moriarty), are thrown for a loop by this news, others such as A-Train (Jessie T. Usher) accept their reality because of how life has turned out for them: money, fame, and adulation.

With all that as a backdrop, showrunner Eric Kripke and his writer’s room have barreled full-steam ahead—like the boat through the whale in the season trailer—into trenchant social commentary, tackling, in no particular order: cults, Donald Trump, white supremacy and racism, social media influencers, girl power, and LGBTQ issues, and diving further into the murky waters of corporatism. And that’s not to mention identity crises, general superhero tropes, daddy and mommy issues/generational trauma, dealing with one’s past, and other heady topics. It’s a helluva full stew the gang has cooked up for a mere eight episodes, but it’s damn satisfying.

With The Deep (Chace Crawford) still exiled in Sandusky, Ohio, The Seven need a new supe to take his place. Enter Stormfront (the always-excellent Aya Cash), a brash social media influencer who shoots plasma bolts from her fingertips and targeted barbs from her lips. She nails everyone with her cutting wit, and while some, especially Annie and Queen Maeve (Dominique McElligot), see her as a breath of fresh air, Homelander sees her as yet another threat to his position. She upends his sense of masculinity and control with her forthright attitude. Watching Starr and Cash as Homelander and Stormfront circle around each other in their power dance is both exhilarating and frightening.

The new season also sees Stan Edgar (Giancarlo Esposito), head of Vought, step out of the shadows more. Edgar’s got backbone to spare, standing up to a threatening Homelander as he reveals the petulant supe knows less than nothing about where Vought’s priorities truly lie. It’s an electrifying scene as Edgar hammers every one of Homelander’s insecurities in a calm, assured manner. If he’s afraid of Homelander’s vast power-set, he doesn’t show it—not a scintilla of fear ever crosses his brow.

Meanwhile, the Boys—Mother’s Milk (Laz Alonso), Frenchie (Tomar Capon), Kimiko (Karen Fukuhara), and Hughie (Jack Quaid)—are hiding out literally underground because they are wanted for several crimes they didn’t commit (and maybe some they did). Their leader, Butcher (Karl Urban), is missing, having been blindsided in the first season finale when Homelander revealed that not only was Butcher’s assumed-dead wife, Becca (Shantel VanSanten), very much alive, but that she was also raising Homelander’s son, Ryan (Cameron Crovetti), who himself is exhibiting superpowers.

While the outward stakes are high, the inward stakes are more devastating, even if they are the source of humor. For example, The Deep has been sucked into a Scientology-like cult, The Church of The Collective, headed by Alistair Adana (Goran Višnjić), the kind of guy who thinks he oozes charm but is really giving off slimy vibes if you look past his handsome façade. The Church promises to get The Deep back into The Seven by preying on his own mass of insecurities with hilarious results.

Everyone continues to give great performances, particularly Urban as the conflicted Butcher,

whose beloved wife is protecting a hated supe, even though it’s her child. Quaid and Moriarty’s chemistry shimmers with tenderness, as does Capon and Fukuhara’s as Frenchie struggles with the choices Kimiko makes and his inability to communicate with her. Also joining the cast is Claudia Doumit as Victoria Neuman, a neophyte congressperson dedicated to taking down Vought.

The biggest trick season two of “The Boys” pulls off is bringing together a lot of disparate threads by the season finale in a very satisfying way. Pretty much every setup in the first few episodes has a payoff while leaving room for stories to continue into the already-announced third season.

“The Boys” is still vulgar, gory, and outrageous, but it’s also sweet, heartfelt, and meaningful. Yes, it skewers a lot of what’s happening in the world in a brazen way, but that’s a good thing. By shining a bright light on social ills, art illuminates that which we sometimes would rather not see or deal with and shoves it in our faces like so many whale guts. By taking the route it does, the art of “The Boys” is both a social good and blood(il)y diabolical.