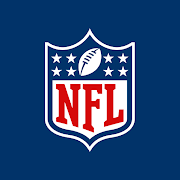 So, as the NFL season is approaching, there has been some updates to whether the football teams will have fans this year or not. The updates are that only 3 teams that will have some fans in their stadiums. The Chiefs which they play the Texans tomorrow night, Dolphins, and Cowboys are those teams who will have the fans to start off the season. While I am talking about the NFL season, I am going to predict that the Chiefs will beat the Texans tomorrow 42-17. I just think that the Texans might get off to a rough start against the Chiefs.

NFL Updates: The Jaguars have traded defensive end Yannick Ngakoue to the Minnesota Vikings, the Seahawks traded defensive end Jadeveon Clowney to the Tennessee Titans, and the Minnesota Vikings have traded defensive end Everson Griffin to the Dallas Cowboys! Wow that is big for the Cowboys in my opinion! Speaking of big, The Arizona Cardinals have signed safety Budda Baker to a 4-year $59,000,000 contract including $10,000,000 signing bonus, $33,100,000 guaranteed, and an average annual salary of $14,750,000! That is big time money right there in my opinion!!! Not only that, the Cardinals also signed a massive contract extension for wide receiver DeAndre Hopkins to a two-year extension with a $54.5 million that includes $42.5 million guaranteed. All of this information came from the NFL bleacher report.

I can’t wait for the NFL season to start basically tomorrow and on Sunday. So, make sure to stay tuned for more NFL updates.