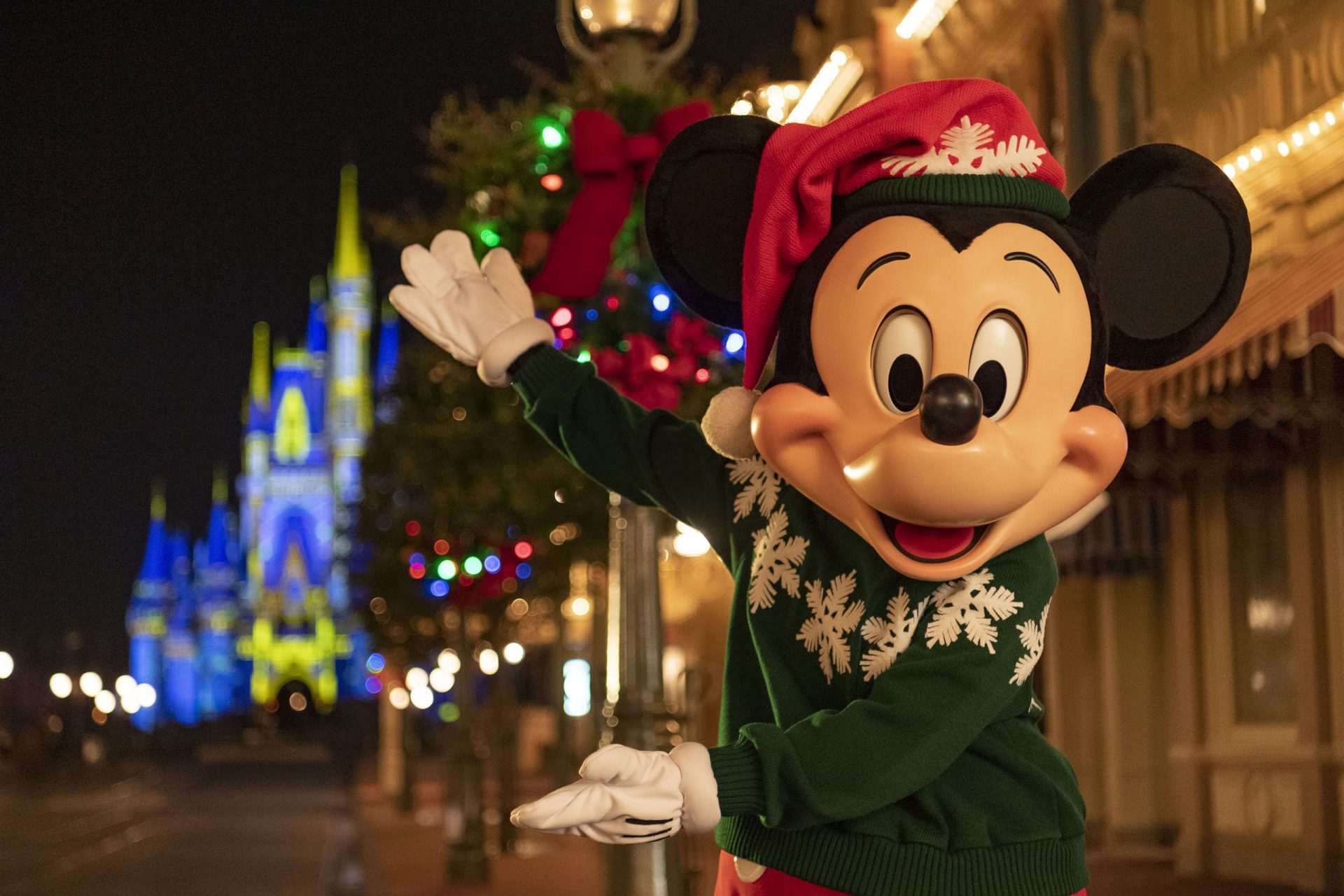 Hi everyone! I have some important information about what you should know or be aware of about Disney. At Walt Disney World, Disney World will no longer digitally add face masks on ride photos. Florida’s Disney World reopened with new COVID-19 restrictions in July, one of which included wearing a face covering at all times except while eating or swimming. Park visitors who chose to not wear a mask while riding on attractions did not receive Photo Pass photos taken on the rides.

However, Walt Disney World News picked up on a private Dec. 6 Facebook group post noting that the theme park had begun digitally adding masks to riders’ faces after the fact.

In a photo posted on Facebook from Animal Kingdom’s Dinosaur ride, there is a group of four people up front and two in the back row. The woman in the back row has a black face mask over her face that appears to have been digitally added on. Since theme park-goers could be on a ride with people outside their group, if someone slipped their mask off covertly on the ride and were captured in the group photo, no one could get that photo. The digitally-added masks allowed for those in the photo properly wearing their face masks to get the photos. In the comments under the digitally imposed mask photo on Facebook, one person said she was glad Disney was adding masks because “it’s not fair to other people that want the picture and can’t get it because of someone else.”

But another member of the group defended the woman who was digitally masked in the photo, saying she might not necessarily be an anti-masker. “In response to guest requests, we tested modifying some ride photos. We are no longer doing this and continue to expect guests to wear face coverings except when actively eating or drinking while stationary,” Disney said in a statement provided by spokesperson Jacquee Wahler. It’s unclear whether photos with mask less riders will still be unavailable for purchase.

Less than two weeks after its Florida parks reopened, Disney World updated its policy to close some mask loopholes.

In addition to face masks, Disney World requires visitors to undergo a temperature check on arrival and observe social distancing guidance. Attractions that involve person-to-person contact or interactive activities remain closed. More frequent cleanings take place throughout the park, and visitors and employees are encouraged to wash their hands.

Coronavirus cases have surged in Florida since Disney World announced its reopening plans in late May. The state had more than 1 million cases as of Friday, according to the Johns Hopkins COVID-19 dashboard, up from 360,000 in July.

Walt Disney World is surveying guests about upcoming reservations, Disney park passes, and returning to “Normal” operations. A new Disney World survey is asking guests about upcoming reservations and what would most likely cause them to cancel their trips. The survey also asked why we chose September 2021 to visit Walt Disney World because they think that people would probably choose “anticipating being able to attend a seasonal Walt Disney World event” for the park’s 50th anniversary on October 1, 2021. But they chose that we are hoping some Walt Disney World experiences would resume normal operations. The survey then asked what we were most anticipating the return of, with options like Fast Pass +, parades, Extra Magic Hours, and nighttime spectaculars. Finally, it asked which of our selections would most likely cause us to cancel our reservation. Other recent surveys asked about New Year’s Eve celebrations, Star Wars: Rise of the Resistance, and limited park capacity.

Over at Disneyland Resort, Disneyland has announced that they will be closed on Christmas Day for the first time in decades. The annual tradition of trying to figure out when Disneyland will close its gate because of holiday crowds between Christmas Day and New Year’s Day won’t take place in 2020 because of the global coronavirus pandemic.

Downtown Disney and the partially reopened Disney California Adventure will be closed on Christmas Day, Dec. 25, along with the gates of Disneyland and the doors of Disney’s three Anaheim hotels. Disneyland and Disney’s three Anaheim hotels have been closed for nine months by the COVID-19 pandemic with California theme parks expected to remain shuttered until early 2021 or next summer. Downtown Disney reopened in July and DCA’s Buena Vista Street returned for shopping and dining in November as an extension of the outdoor mall. Disneyland was forced to close outdoor dining restaurants in Downtown Disney and Buena Vista Street and furlough 350 employees because of the Southern California stay-at-home order in early December.

“For six decades, Christmas Day has always been a special time at the Disneyland Resort, where our cast members have welcomed generations of guests to make cherished memories,” Potrock said in the letter. “But this year is certainly different. Given the continued closure of our theme parks and hotels, and in alignment with typical Christmas operations at other retail locations and shopping centers, we have made the decision to close the Downtown Disney District, including Buena Vista Street, on Christmas Day.” In a normal year, Disneyland, DCA and Downtown Disney would be bustling on Christmas Day with annual passholders dropping by after opening their presents and the Disneyland Hotel, Disney’s Grand Californian and Paradise Pier Hotel filled to near capacity with holiday travelers in town during Christmas break. Of course, this isn’t a normal year. In 2019, Disneyland temporarily shut its gates on Dec. 27 as crowds filled the park and new visitors were directed to Disney California Adventure across the esplanade until attendance levels declined.

Disneyland closed its gates at 11:40 a.m. that day, less than 4 hours after the park opened. Disneyland diverted visitors to Disney California Adventure until later in the day when crowds were expected to diminish.

“Disneyland Park is currently at capacity,” Disneyland officials said last year. “Visiting the Disneyland resort during the holidays is a tradition for many people and on high demand days like today, we do all we can to welcome as many guests as possible.” Visitors who purchase a “divert ticket” with park-hopping access on Dec. 27, 2019 were able to visit Disneyland later in the day after starting at Disney California Adventure.

Disneyland occasionally halts visitors from entering when the park reaches capacity, which is estimated to be about 75,000 people. Disney doesn’t release attendance figures.

The holiday week between Christmas Day and New Year’s Day is typically one of the busiest times of the year at Disney’s Anaheim theme parks.

Touring Plans, which tracks wait times at theme parks, estimated crowds at Disneyland would be at peak levels during Christmas Week 2019 on Dec. 27-30.

Back on that busy day in 2019, Disney fans determined to visit the “Busiest Place on Earth” were met with longer than usual wait times for Millennium Falcon: Smugglers Run (125 minutes), Hyperspace Mountain (120 minutes) and Indiana Jones Adventure (110 minutes). This year, Potrock thanked Disneyland cast members for their service during a difficult 2020 as he presented them with an early gift: The day off on Christmas.

“I want to acknowledge all of our cast members for your impassioned dedication and service,” Potrock said in the letter. “We all look forward to next year, when we can again welcome guests back to spend Christmas Day at the Happiest Place on Earth. In the meantime, we wish you and your loved ones a wonderful and safe holiday season.

So, what do you guys think about all of this Disney information?!

I would like to hear some comments, concerns, thoughts, opinions, or questions down below!