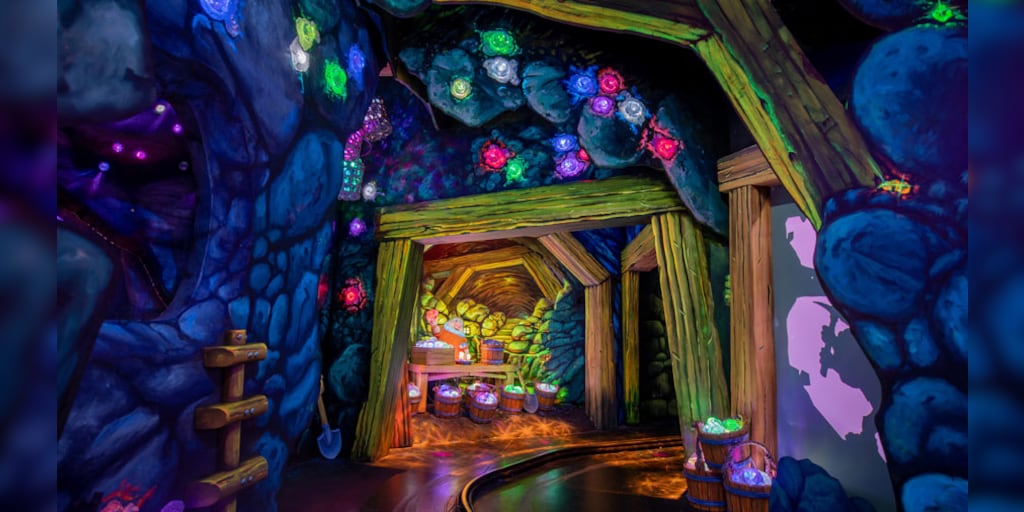 Hi everyone! Today, I have some really interesting news that I may want to share with y’all. So, let’s get started, shall we?!

At Walt Disney World, they have filed permits for the Cinderella Castle construction ahead of the 50th anniversary celebration. These first two permits list 1400 Magic Kingdom Dr. as the location, which is the official address of Cinderella Castle. Icarus Exhibits Inc is the contractor on the first permit. Icarus Exhibits Inc have worked on Star Wars: Galaxy’s Edge, Guardians of the Galaxy: Cosmic Rewind, and TRON Light cycle / Run. Although the permit just lists construction, Icarus Exhibits Inc specializes in set piece fabrication and installation. The second permit lists Coastal Steel Inc, which implies there will be some sort of steel infrastructure involved. It’s likely that whatever this construction is, it is related to Magic Kingdom’s 50th anniversary, which is coming up in 2021. Cinderella Castle has already received a new paint scheme this year.

Disney World has announced that the Blizzard Beach (water park) will be open on March 7, 2021. This will be the 25th season for the park, which is known for its 120-foot-tall waterslide.

In September, park officials said they hoped to reopen a water park in March.

The water parks at Disney World have not reopened amid the coronavirus pandemic. Epcot, Magic Kingdom, Hollywood Studios and Animal Kingdom are open with limited capacity.

Any guest who has a pass or ticket impacted by the current closures of the water parks can talk to Disney about their options at 407-934-7639.

Park officials said they will continue to monitor the pandemic and its impact on Florida.

The Disneyland fans are visiting Walt Disney World so that they can at least get some Disney fun which is a good time to do it, however, it may be crowded over there because of the holiday season is just around the corner.

Over at Disneyland Resort, they have announced yesterday that the new Snow-White ride is going to be called “Snow White’s Enchanted Wish”.  The ride, located in Fantasyland beyond the castle gates, is one of Disneyland’s oldest attractions. It debuted with the park on opening day 1955 as Snow White and Her Adventures. Like other Fantasyland rides, it was light on references to its protagonist, as designers wanted guests to feel like they were the titular character. This, of course, was confusing to adults and kids alike so the ride eventually did introduce a figure of Snow White herself. In the early 1980s, Disneyland did a full revamp of Fantasyland and gave Snow White a more adult edge. Renamed Snow White’s Scary Adventures, the ride’s plot revolved around the Evil Queen and the exterior was made to look like her castle lair. Guests journeyed through the spooky woods and were surprised by the queen popping out and cackling. This ride now has a happier ending as they have added some new music, lasers, and some new technology. They have released their first look of the new Snow-White ride and it looks pretty good so far. One of their first looks of the ride is that   A new dancing Snow White figure has been added to one of the earlier scenes, and the Dwarves’ mine has been redone with fake glowing gemstones in bright colors. Beyond the big changes, the park is also doing cosmetic repair to the paint and bricks on the ride’s exterior. Of course, the new name of the ride necessitated a shiny new sign at the building’s entrance. The projection that they also added is that the video I watched showed the 7 Dwarfs singing “Heigh Ho” “Its Off from Work We Go”. Those changes to me are really good from what I saw in the video. But there might be some more details. The promo video that I watched didn’t include any scenes of the Evil Witch, so it’s not clear if her terrifying figure has been scrubbed from the redo. But based on Disney’s messaging and the ride’s name change, it’s at least fairly likely her role has been minimized. Even her castle has been repainted in tamer colors.

“We took the opportunity this time to repaint all the exterior in warmer pinks and gold colors and a cheerier blue to make it look happier,” said Executive Creative Director of Walt Disney Imagineering Kim Irvine.

The other major change is the ride’s ending, once my favorite Disneyland gag to pull on friends. I’d jokingly warn them the ride ends abruptly, but no one was fully prepared for how abrupt it really was. Its final scene used to be the Evil Queen screaming as she plunged to her death (yes, really), immediately before the doors swung open and riders disembarked in front of a mural of Snow White and Prince Charming. Instead, the ride will now have a full scene with the prince kissing Snow White into wakefulness. It looks nice, but it’s not nearly as funny as the confusing feeling of walking out of your ride vehicle wondering if Disney ran out of money at the last moment. So, with that being said, they have made this ride less scary. It would still be scary, but not as scary as it used to be which I understand why they want to do it. The only bad thing for me about this new ride is that I may not hear the witch scream again on Disney +. Of course, we can all watch her scream in the movie Snow White and the Seven Dwarfs.

Until then, hopefully the Imagineers don’t have their eyes on Mr. Toad’s Wild Ride across the way. Long may its inappropriate hit-by-a-train-and-sent-to-Hell scene reign. I personally think that they need to have their eyes on Mr. Toad’s Wild Ride because the ride only shows pictures of characters. I am not saying that I don’t like the ride because I do like that ride, but I think it needs to be changed like Snow-White is now. I just want that ride to have a happier ending like the characters from the Mr. Toad movie being happy including Mr. Toad who is the main character of that movie. I just want to see more characters pop out and completing their goals by defeating their main villains especially the one who says “Guilty!” I don’t remember the other words he says, but at least I like that part.

I also heard that when Disneyland does reopen, some of the attractions may not reopen anymore because they have to social distance people. For instance, the attraction that I think that they may not reopen again is the Finding Nemo Submarine Voyage. This ride just might have problems with people getting on the ride because it is so tight and some people may get infected with the Covid-19. I mean, I do like this ride, but I think that it is the right decision to not reopen the ride again. But again, good thing that we all have Disney plus, at least some people do. We all can watch any Disney movie on Disney plus even though things that we love at Disneyland will never reopen again just to enjoy yourselves with your family!

Speaking of Disney +, The Disney Pixar’s “SOUL” will be coming on Friday December 25, which is on Christmas Day!

So, what do you guys think about all of this Disney information including the new Snow-White ride?!

Feel free to ask me any questions if you have questions!