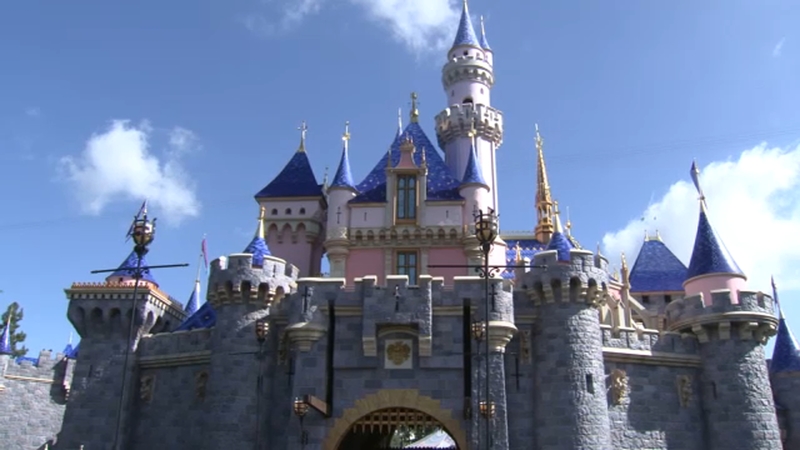 Hi everyone! Today I have some really big updates about Disneyland’s reopening date which you do not expect to happen. So, let’s get started, shall we?! So, over at the Disneyland Resort, they have surprisingly announced that Disneyland along with other theme parks can reopen potentially on April 1! Oh, my goodness!!!, I was not expecting them to announce this too early, but wow that is very good news for Disney fans who have been missing Disneyland for a year! They will have masks and safety measures required and they will reopen with a 15% capacity. But only people who live in California can buy tickets.

Ken Potrock, president of the Disneyland Resort, said in a statement that Disneyland can’t wait to welcome its guests back and is looking forward to sharing a reopening date soon.

“We are encouraged that theme parks now have a path toward reopening this spring, getting thousands of people back to work and greatly helping neighboring businesses and our entire community,” Potrock said. Theme parks will only be open for California residents and won’t be allowed to offer indoor dining. Indoor rides will also have limits based on space and ride length, officials said. California theme parks have been closed since March 2020 under COVID-19 health and safety reopening guidelines issued by the state. Starting on April 1, California theme parks can reopen at 15% capacity in the red/substantial tier 2, 25% capacity in the orange/moderate tier 3 and 35% capacity in the least-restrictive yellow/minimal tier 4.

Theme park attendance will be limited to California residents. Updated guidelines will be worked out over the next couple of weeks in partnership with theme parks.

“We appreciate the administration’s willingness to work with the state’s theme parks on the finer details of the plan so parks can responsibly reopen soon, putting people safely back to work and reinvigorating local economies,” California Attractions and Parks Association executive director Erin Guerrero said in a statement.

Santa Clara County — home to California’s Great America — is currently in the red/substantial tier 2 risk level. The Santa Clara amusement park has already set a reopening date of May 22.

The move is an abrupt about-face from the “slow, stubborn and stringent” approach to reopening California theme parks taken by the Newsom administration last fall.

In October, California officials issued separate reopening guidelines for smaller and larger theme parks in the state — with small parks allowed to reopen in the orange/moderate tier 3 while large parks could return in yellow/minimal tier 4. Attendance capacity was set at 25% in both tiers.

The “Blueprint Refresh” no longer makes a distinction between large and small California theme parks.

The Newsom administration has been under pressure from the theme park industry to revise reopening guidelines for months.

The reversal by the Newsom administration comes just days before the one-year anniversary of the coronavirus closure of California theme parks in mid-March 2020. It also comes just weeks after New York Gov. Andrew Cuomo announced that outdoor amusement parks could reopen on April 9 — making it likely that California theme parks would be the last to return in U.S. A bi-partisan bill proposed in February by California assembly members would speed the reopening of theme parks and override state guidelines.

“We are encouraged that theme parks now have a path toward reopening this spring, getting thousands of people back to work and greatly helping neighboring businesses and our entire community,” Potrock said in a statement. “With responsible Disney safety protocols already implemented around the world, we can’t wait to welcome our guests back and look forward to sharing an opening date soon.”

The extended closure of Disneyland has had a “profound and devastating” impact on Anaheim workers, according to city officials.

“This will mean so much for our working families and small businesses which have suffered so much while our largest businesses have been closed for the past year,” Anaheim mayor Harry Sidhu said in a statement. “Disney has gone to great lengths to be ready for a safe and responsible reopening, and everyone should feel comfortable and confident about coming back to Anaheim.”

“Our Disney cast members are heartened by this good news today that the Disney parks will be reopening in a month,” UFCW Local 324 president Andrea Zinder said in a statement. “They have been furloughed or out of a job for a year now and are excited to go back to work to provide Californians with a bit more magic in their lives.”

“We are ready to reopen, ready to bring our team members back to work, ready to help stimulate the local economy and ready to welcome guests,” Irwin said in a statement.

Knott’s Berry Farm, whose Taste of Boysenberry Festival kicked off without rides on Friday, March 5 and is scheduled to continue through May 2, also applauded the move.

“We’re looking forward to seeing the specific details and guidelines in the coming weeks that will help inform our plans for reopening,” Knott’s officials said in a statement.

“We are pleased by the governor’s announcement and eager to welcome our guests back to Six Flags Magic Mountain with a full complement of our world-class coasters in a safe, outdoor environment,” Magic Mountain officials said in a statement. “An official opening date will be posted on our website and social channels in the near future.”

Wow!!! I am so shocked about this news about Disneyland!! There was supposed to be a meeting on March 7 which is Sunday, but all of the sudden, it came out of nowhere! Now it could change, but holy cow! this is really big news!!

This news just came out of the Disney I looked at today!

So, what do you guys think about this big Disneyland updates?!

I would love to hear a lot of comments, thoughts, opinions, concerns, or questions down below!

Some New Reopening Updates and More!