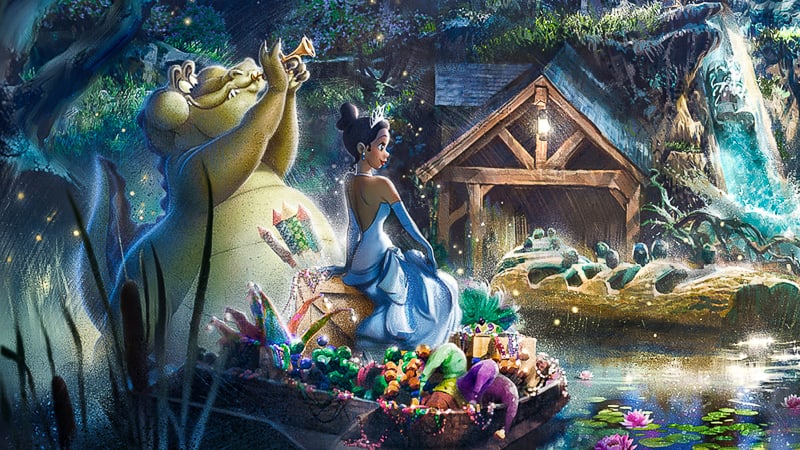 Hi everyone! Today I have some interesting updates about the attraction that has been announced, but first I want to go over 10 things that you should do at Disneyland. So, let’s get started, shall we?!

So, here are 10 things you should do at Disneyland:

5. Enjoy the Entertainment (World of Color and Fantasmic!)

9. Do some Shopping (of course)

So, these are the ones that you should do for sure! Now let’s move onto the big one here. The Disneyland resort and Walt Disney World has announced that Splash Mountain’s Princess and the Frog revamp will open in 2024. The voice actress of the movie Anika Noni has said it as well. The actress revealed for the first time an opening timeline for the long-gestating projects she’s working on with Disney’s creative team. She confirmed the group is deep into devising a re-theme of the classic Splash Mountain attractions, which the company previously announced would undergo extensive revamps to remove aesthetic elements lifted from 1946’s Song of the South, a film that had long been accused of perpetuating racist stereotypes. “They are making a ride — it’ll be out in 2024,” Rose said Thursday on Live with Kelly and Ryan. “I’ve been involved in the beginning, just talking about how we want it to be, what we want it to do, but, if I were to tell you anything else, I would be sucked into the ground and you’d never see me again.” According to a Disney spokesperson, “timing has not been determined” for opening the ride, though the company plans to share more details during the Essence Festival of Culture, which runs from June 30 through July 3 in New Orleans. Disney first announced plans to overhaul the popular log flume attraction back in 2020, with a new storyline following Tiana (voiced by Rose in the 2009 film) while she plans a Mardi Gras celebration with Naveen (Bruno Campos) and Louis (Michael-Leon Wooley). Riders will float along colorful canals as original music inspired by the movie soundtracks the journey, with Tiana ultimately leading guests to a party filled with familiar faces from the film as well as new characters. The Disney team also noted that they traveled to New Orleans to immerse themselves in the culture of the city and its history to incorporate it into the ride’s look and feel, from sounds to visuals that connect with the film’s locales. Since opening its first iteration in 1989 at Disneyland in California, two more versions of Splash Mountain opened in 1992 at Disney parks around the world: one at Disney World in Florida, and another at Tokyo Disneyland in Japan. The re-theme comes after Disney addressed backlash over its Jungle Cruise ride, eventually refurbishing the storied boat ride in 2021 to remove “negative depictions” of Native people. The planned Princess and the Frog overhaul joins a growing list of major new additions hitting Disney properties, with Epcot opening its Guardians of the Galaxy–themed roller coaster last month ahead of a planned Moana-themed walk-through water attraction set to open at the park in the near future. Florida’s Magic Kingdom Park is also currently preparing a Tron roller coaster to premiere next to Space Mountain in the Tomorrowland section of the park, while Disneyland Paris, Hong Kong Disneyland, and Tokyo Disneyland will open their frozen rides soon.

So, I think that this ride called “The Princess and the Frog” will be a better ride than Splash Mountain. I know that some people may not like the change, but I think that it will be fun to ride on for everyone. I do like Splash Mountain, but maybe it’s time for a change.

So, what do you guys think about the new ride replacing Splash Mountain and the things you should do at Disneyland whenever you go there?! I would love to hear your thoughts! Stay tuned for Disney updates.

Some Disneyland Updates Including the Pirates Ride at New Orleans Square and the Lawsuit Against Disney!

The Biggest Presentations at D23 Expo 2022