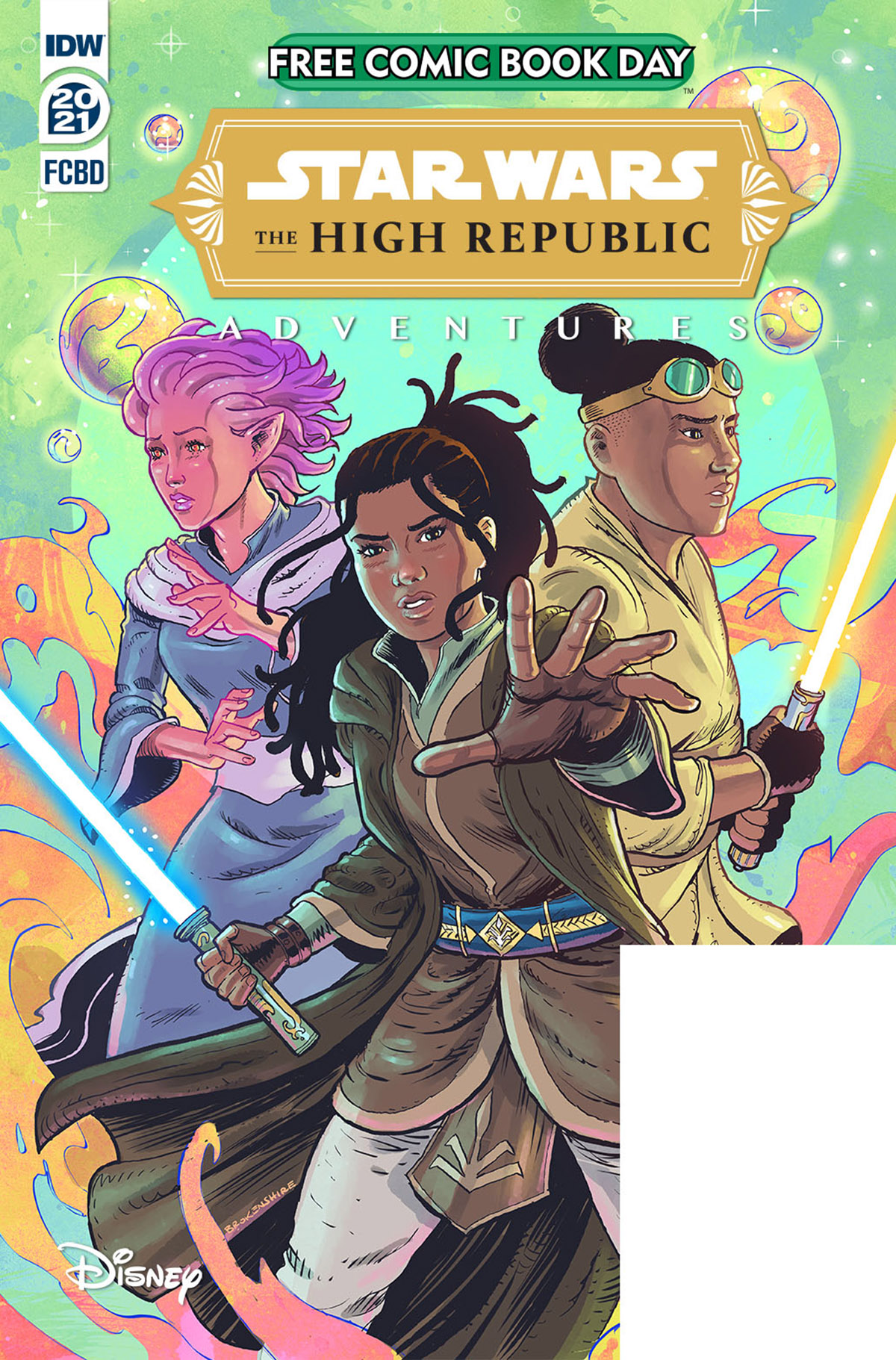 (Baltimore, MD) — (March 16, 2021) – The Free Comic Book Day (FCBD) Committee has selected the twelve Gold Sponsor comic book titles for the comic book industry’s most anticipated annual event: Free Comic Book Day. FCBD will once again be a single-day event, scheduled to take place Saturday, August 14 at local comic shops. The event, which traditionally takes place on the first Saturday in May, will be celebrated in August in 2021 in the hopes that much of the uncertainty and disruption related to COVID-19 will have passed.

“This year’s lineup of titles has something for every kind of comic fan,” said Ashton Greenwood, Free Comic Book Day spokesperson. “We can’t wait to once again share the FCBD experience with fans, especially on our landmark 20th anniversary! We hope fans will safely visit their local comic shops to celebrate and to pick up a few of the great titles available this year.”

The full line-up of this year’s comic books will be released tomorrow, March 17, when thirty-nine additional FCBD Silver Sponsor titles are announced. A complete listing of all fifty-one FCBD titles can also be found in the April issue of Diamond Comic Distributors’ PREVIEWS catalog, on sale at comic book shops on March 24.