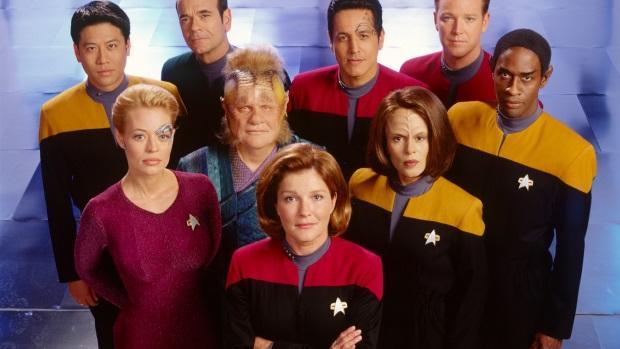 LOS ANGELES, March 15, 2021– The team behind the acclaimed Star Trek: Deep Space Nine Documentary: What We Left Behind, as well as William Shatner’s: The Captains and a delightful host of other Star Trek documentaries announces new updates for the as yet untitled: Voyager Documentary.

The crowdfunded film recently went over $700,000.00 in funding on Indiegogo at the special url: www.igg.me/at/voydoc raised by over 7000 individual backer fans of the series.

The team promises fans of the series a unique film that will meet or exceed all expectations.  The team is noted for the exceptional treatment of its previous documentaries: “What We Left Behind: Looking Back at Star Trek: Deep Space Nine” as well as the fan favorite, “For the Love of Spock” directed by Adam Nimoy, son of actor Leonard Nimoy.

Executive Producer and Director of this Documentary David Zappone:

“The entire Voyager Documentary team and Cast of Star Trek Voyager continue to be amazed and grateful to the fans of Star Trek for their overwhelming support of this documentary.  We have many more surprises in store over the next couple weeks before the campaign wraps, including working with CBS on exploring the possibility of taking select standard definition Voyager series scenes and transcoding them to a higher resolution.  Stay tuned to our social media accounts for more
information.”

Fans of Star Trek and especially Voyager are being asked to follow the social media accounts of the documentary for the latest news and information about the project.

The official social media accounts are:

The team is being spearheaded by 455 Films and is comprised of professionals from many parts of the Star Trek production and fandom world.  Together these professionals have been involved with Star Trek Series Production as well as most of the major Star Trek documentaries from “Mind Meld” with Leonard Nimoy and William Shatner from the late 1990’s, through 2019’s “What We Left Behind.”

The team promises surprises and access to the actors and the production professionals behind the series.  For questions or more information please contact: voyagerdocumentary@gmail.com