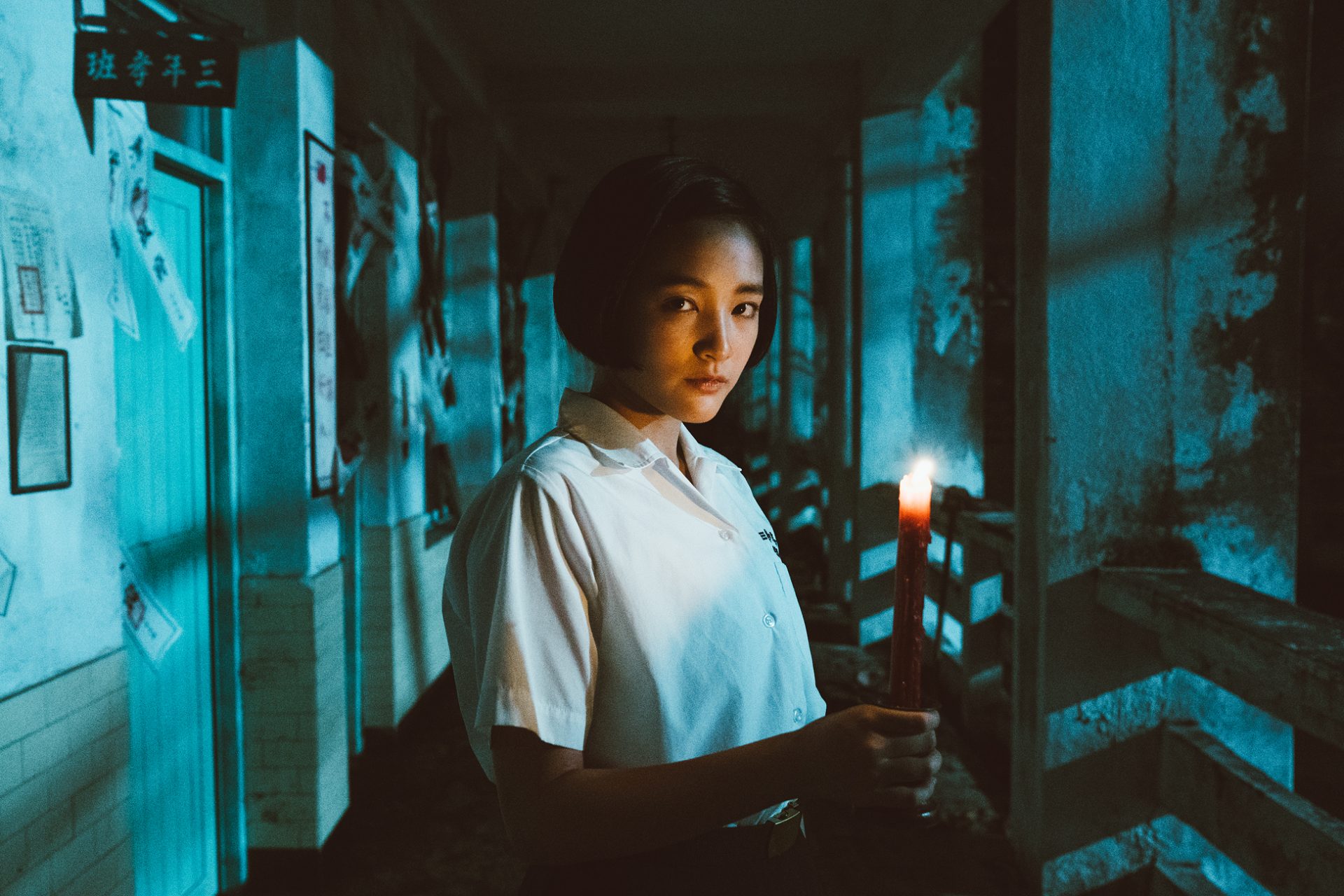 “Detention,” the first feature film from director John Tsu, is one of the better-made films based on a video game. Although the film was originally released in 2019, it is just now getting a wider release in the United States.

The game, “Detention,” is a horror side-scroller available on the Steam platform. It’s set during the “White Terror” period in Taiwan when intellectual and political dissidents were oppressed by the government. In the case of the game and the film, the period focused on is the early 1960’s.

“Detention” follows Fang (Gingle Wang), a young girl at Greenwood High School, which is a military-style school where all the students wear uniforms — the girls in parochial garb and sporting the same blunt haircuts and the boys in military uniforms with close-cut hair. Everything is regimented and study is restricted to the greater glory of the ruling party. Books about communism or left-wing thought are banned, and students are exhorted to report espionage. Not to report espionage is also a crime, as per the school’s daily announcement.

Also at Greenwood is a secret book club led by two teachers, Mr. Chang (Meng-Po Fu) and Miss Yin (Cecilia Choi). The students in the club read and copy forbidden texts and learn about the world outside their repressive regime. One student, Wei (Jing-Hua Tseng), notices Fang and appears to have a crush on her. Fang, for her part, has a crush on Mr. Chang, who tutors her at Miss Yin’s urging because Fang’s home life is miserable.

The film is divided into three parts: Nightmare, The Whistleblower, and The Ones Who Live. The story unfolds non-linearly at first, and it’s hard to tell exactly what is happening, but it doesn’t take long for the narrative threads to weave together into a cohesive whole. It’s a tragic tale of betrayal, brutal political oppression, and love thwarted by misunderstanding, told in flashback for part of the runtime.

The Nightmare section combines some nightmarish imagery and sound design, as well as a somewhat melodramatic score, to drive home the terror represented by military leaders, such as the unfeeling Inspector Bai (Hung Chang Chu) and the mirror-faced monstrosity that stalks the dilapidated halls of the now-abandoned school.

Wang’s Fang is an appealing innocent, a young girl who is conflicted by her feelings and the politics of life around her, which consume both her family and her love for Mr. Chang. Chu’s Inspector Bai is also suitably evil, a dedicated zealot whose imposing presence is enough to scare the weak into confessing all their sins, real or imagined. The sound and monster design really ramp up the creepy factor of the nightmare sequences, and while not overly gory, there’s enough carnage for gore-fans to savor.

As a film, “Detention” is confusing and overwrought and melodramatic, but it’s also fun. Its theme of how we are all haunted by our decisions despite our best intentions, and how we can be prisoners of our own desires, resonates. Although the message is a bit heavy-handed at times, and the polemic occasionally goes over the top into nationalism, “Detention” is an entertaining ghost story with enough heart to keep horror fans invested in the fates of its characters.