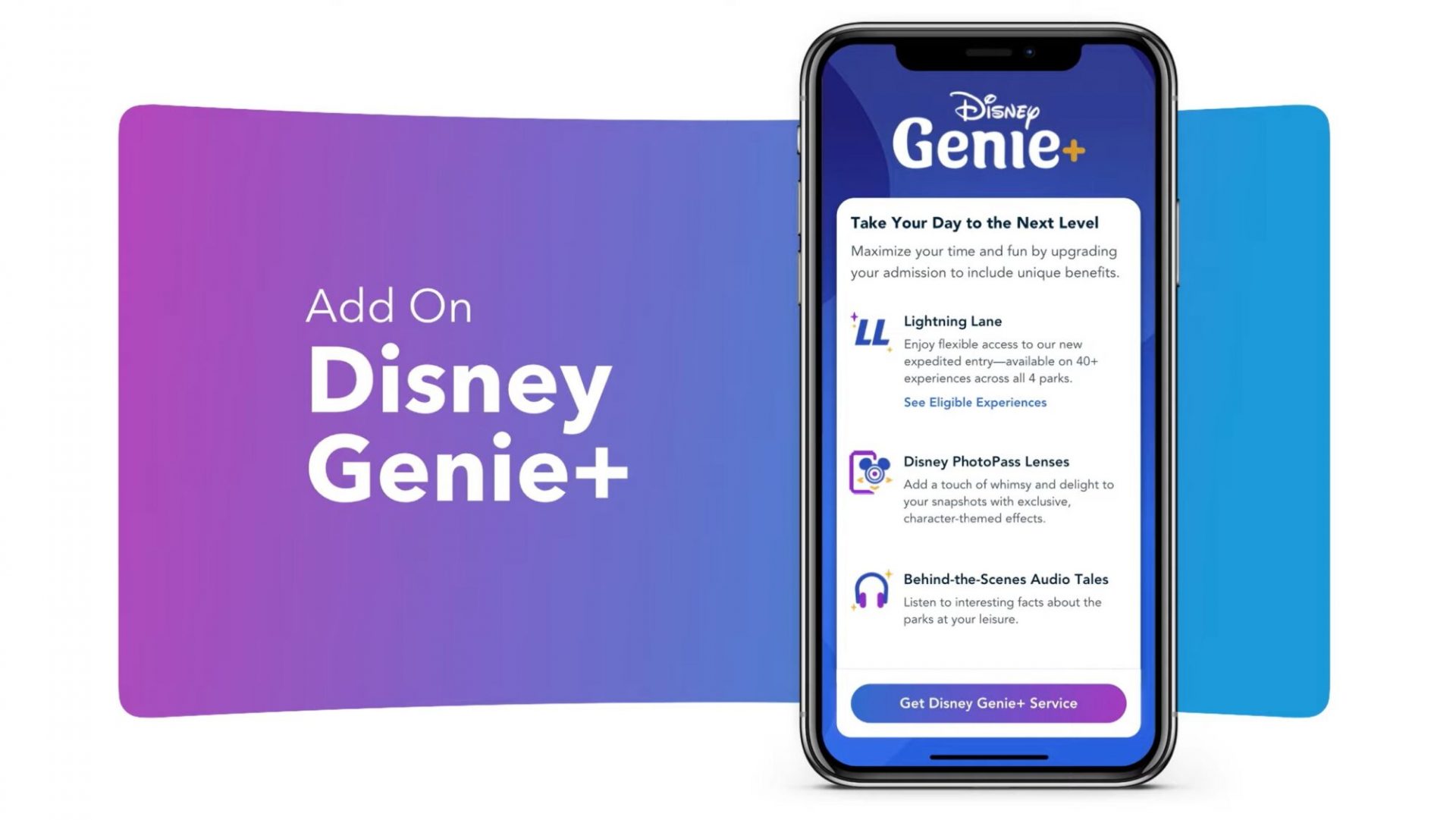 Hi everyone! Today I want to discuss some details about the upcoming Disney Genie App which is set to replace the Fast Pass, Max Pass, and more! So, let’s get started, shall we?! So, the Disney’s newest digital service, Disney Genie, is launching on October 19 at Walt Disney World Resort. The service, first unveiled in August, is an update to the company’s earlier line-reservation tools for Disney’s parks, allowing guests to plan and update their itineraries, book time slots for the most popular attractions, and optionally purchase paid access to the fast lanes’ “Lightning Lane” entrances, either à la carte on top attractions or through the “Genie+” add-on. At the core of the Disney Genie experience is a smart trip-planning capability that maps out a personalized itinerary based on which rides, attractions or food and entertainment experiences guests want to make sure to do while at the parks. That means Genie users can customize their day based on not only the top attractions, but also their general interests — like whether they need to incorporate Princess meet-and-greets into their day, or if they’d rather seek out the best cocktails at the park’s bars, for instance. Before Genie, guests could make up to three reservations in advance of a park visit through the FastPass+ scheduling system, and could then continue to make reservations through the My Disney Experience app after those first three reservations had been used. But this free system made it difficult to get reservations on top rides, as it favored Disney resort-goers who could book 60 days in advance, while others got a 30-day window. It also didn’t make all top rides (aka Tier 1 attractions) available for the initial booking. Disney Genie aims to address some of these issues, but for a fee. That’s led to quite a bit of backlash from Disney fans who feel they already pay enough for their Disney trips and don’t want to add more charges. In fact, the video announcement has a ratio of 12,000 dislikes to just 948 likes, as of the time of writing. However, paid fast-lane access to a park’s main attractions is a common staple at Disney’s theme park competitors — and one that can help those who have tighter schedules ensure they get everything done. With Genie’s WDW launch on October 19, guests will be able to choose from the two paid options — either individual access to up to two Lightning Lanes or Genie+’s broader selection. Disney says the following rides are available for the à la carte option: Seven Dwarfs Mine Train and Space Mountain at Magic Kingdom, Remy’s Ratatouille Adventure and Frozen Ever After at Epcot, Star Wars: Rise of the Resistance and Mickey & Minnie’s Runaway Railway at Disney Hollywood Studios, and Avatar Flight of Passage and Expedition Everest at Disney’s Animal Kingdom. While picking two options could help speed up your wait times, it may not include your must-have ride selections. Disney Genie+, meanwhile, opens up Lightning Lanes at a total of 40+ attractions across the four parks instead, including many more of the Tier 1 rides. It will be priced at $15 per ticket per day at Walt Disney World Resort and $20 per ticket per day at Disneyland Resort, when available. This new app will not sell out any day at Disney World.

Going over to the Disneyland Resort now! They have not announced an actual date for the Disney Genie App replacements for the fast passes, but it is set to come this fall. They have announced the 19-22 rides where you can pay to skip the lines. But first I want to go over the details of its new mobile app. Disneyland visitors will need to keep their credit cards handy now that they can pay their way to the front of the line on Rise of the Resistance, Web Slingers and many of the other popular rides at the Anaheim theme park. Expect the West Coast version of the Genie service to roll out as part of the existing Disneyland app sometime between late October and late December. The Disneyland visitors won’t be required to use the Genie service, but the digital planning tool will become an essential part of any visit to the parks. Disney’s new personal assistant app will be divided into three parts — the free Disney Genie itinerary planning feature; the $20 Disney Genie+ replacement for the former free FastPass and paid MaxPass line-cutting perks; and the individual Lightning Lane option that charges $7 to $15 to jump to the front of the line on the most popular rides. The $20 Disney Genie+ service is essentially identical to the $20 MaxPass that Disneyland and Disney California Adventure have offered since 2017. Free Fast Passes will become part of Disneyland history once the paid Genie+ replacement launches.

Six Disneyland attractions not currently on the Genie+ list make the Disney World lineup: Jungle Cruise, Pirates of the Caribbean, Peter Pan’s Flight, Mad Tea Party, Dumbo the Flying Elephant and the Many Adventures of Winnie the Pooh.

So, I know this is a lot of information, but Disney wants you to know all the details about the new mobile app because I know that many people are going to be confused and may not be happy about the change. But I think that it would be a fun one to use just to get some experience of it. Once you can learn how to use it, you can get use to it. Its good to learn new things!

So, what do you guys think about the Disney new app update?! I would love to hear lots of comments, thoughts, opinions, questions, or concerns down below!