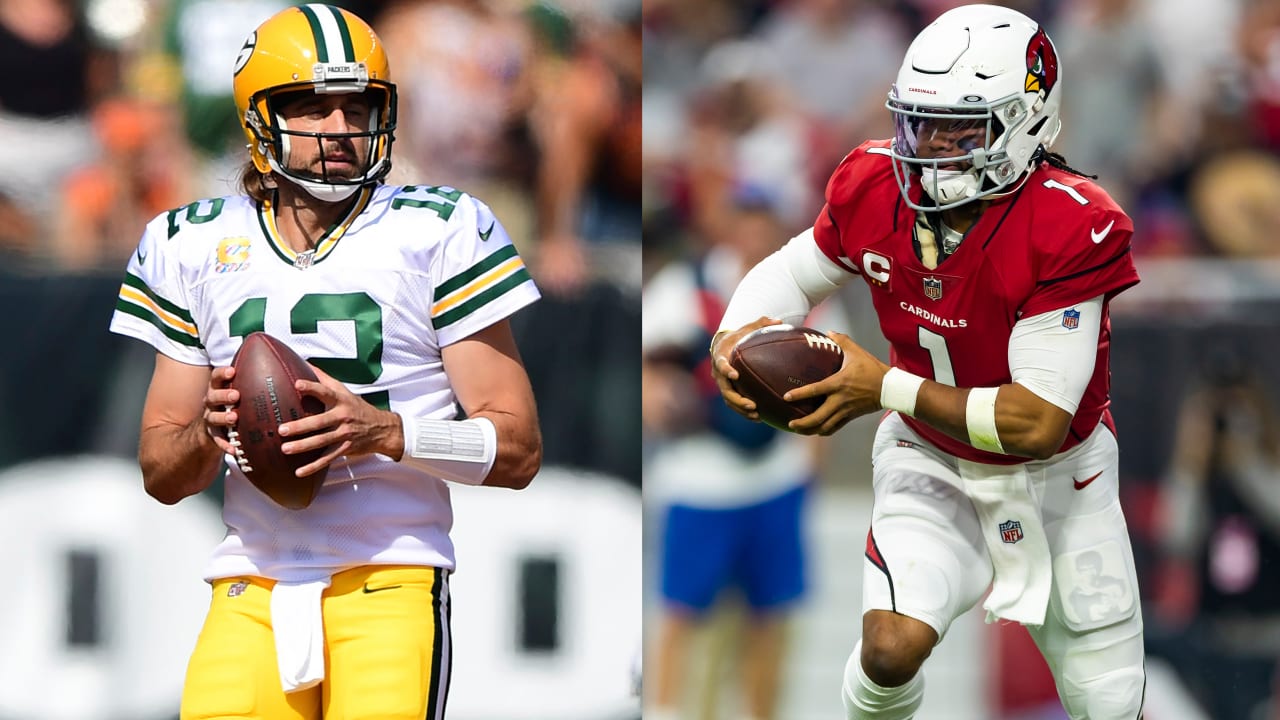 Hi everyone! Today I want to talk about the big matchup between the Arizona Cardinals and the Green Bay Packers. Both of these teams are really good teams. The Cardinals are 7-0 and the Packers are 6-1. Both of these teams are coming off with their wins. The Cardinals blew out the Texans 31-5. I predicted that the Cardinals were going to beat the Texans 41-17, but I got the pick correct! The Packers beat the Football Team 24-10. I predicted that the Packers were going to beat the Football Team 45-17, but I got the pick correct as well!

Now let’s get to the prediction and some injury updates, shall we?! So, for the Cardinals, a defensive player JJ Watt has been ruled out for tomorrow’s game. A starting center Rodney Hudson will still be out, and another center Max Garcia is questionable. If he is ruled out for the game, then the 3rd string center Sean Harlow will be starting for the Cardinals. That may be a concern for the Cardinals offensive lineman. But for the Packers, they have a couple of players who have tested positive for Covid-19. Offensive lineman David Bakhtiari, wide receivers Devante Adams, Allen Lizard, a defensive coordinator Joe Barry, and defensive back Za’Darius Smith are the ones that tested positive and may be ruled out for the game. That should be a concern for the Packers as well. Now, the Cardinals need to get off to a great start, score touchdowns, pressure Aaron Rodgers, run out the clock, make the Packers one-dimensional, don’t let Rodgers have time to get down the field to score a game-winning touchdown or a field goal if the game is really close. The Cardinals should try and run down the clock and try to slide short of the endzone because the Packers may want you to score touchdown. Just like the 49ers did against them.

This should be a great game!

So, for my pick here, I will say the Cardinals will take care of business with a close game over the Packers 33-20. I am not going to underestimate the Packers too much though. The Packers without Adams are 6-0 somehow. They should not be better without him, unless they really struggle. Again, I am confident enough for the Cardinals to beat the Packers.

So, what do you guys think about tomorrow’s game pick?! I would love to hear lots of comments, thoughts, opinions, questions, or concerns down below!

Netflix Thriller, Hypnotic, May Put You to Sleep