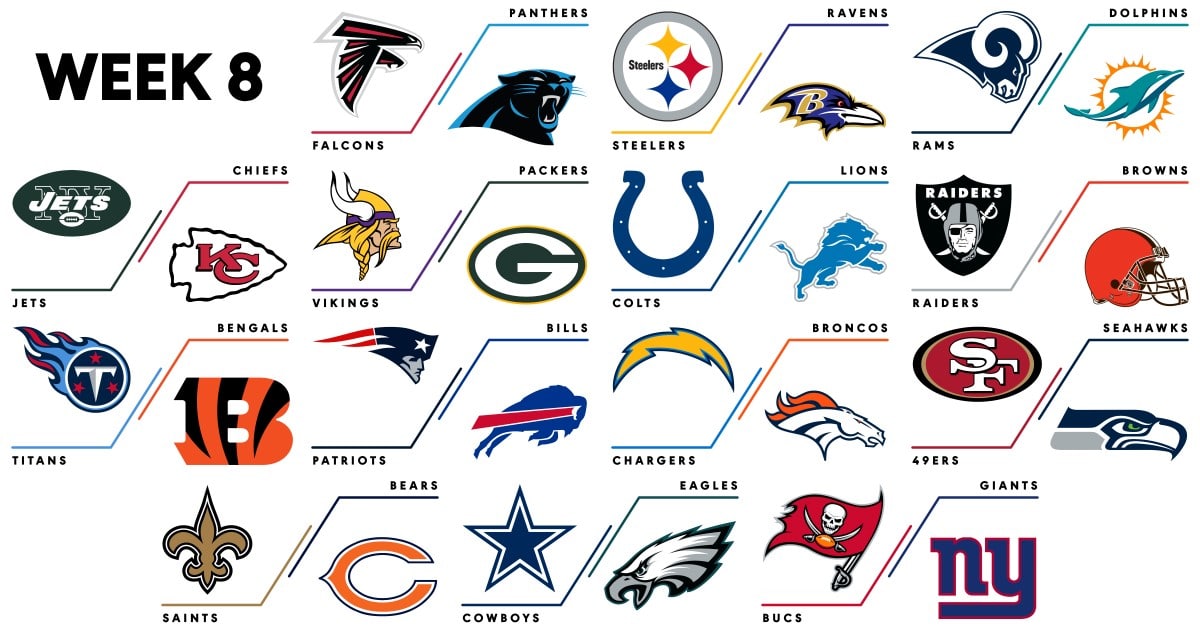 I predicted that the Ravens would beat the Bengals 27-24, but the final score was 41-17 Bengals over the Ravens. I predicted that the 49ers would beat the Colts 26-23, but the final score was 30-18 Colts over the 49ers. So, based off my team picks, I have gotten 7 out of 9 picks correct! I only got 2 team picks wrong to win and lose!

So, what do you guys think about the NFL week 8 team picks?! I would love to hear lots of comments, thoughts, opinions, questions, or concerns down below!