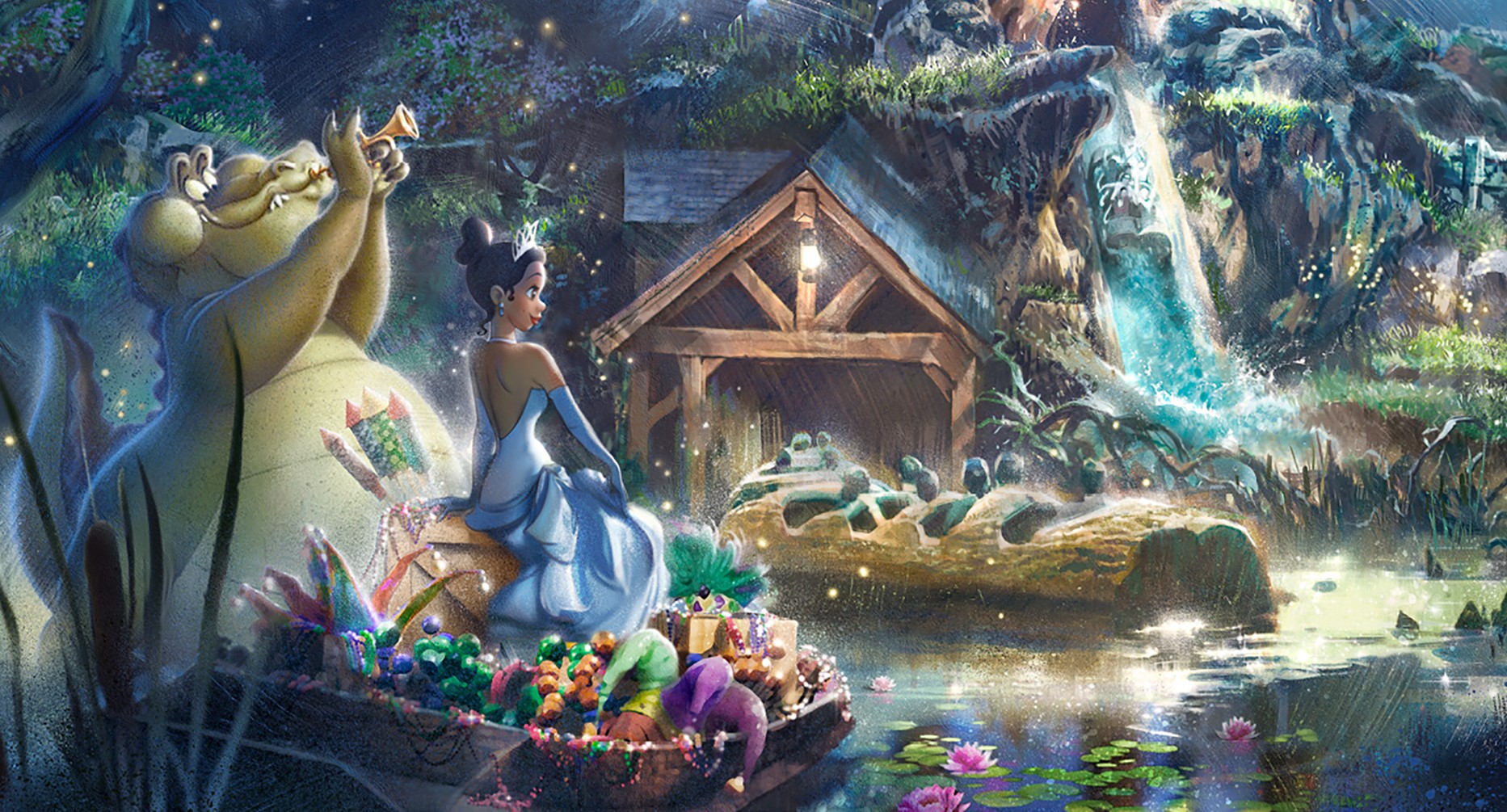 Hi everyone! Today I want to share some of the details that Disneyland has announced today about the retheme of Splash Mountain. So, let’s get started, shall we?! So, Disneyland has announced that the name of the new ride that will replace Splash Mountain is called Tiana’s Bayou Adventure. The new ride will replace Splash Mountain at both Disneyland and Magic Kingdom. The story of the ride is that Tiana, with Naveen and Louis, sets off on a journey to host a unique Mardi Gras party. Guests will be “active participants” in the ride and it will end with the “ultimate Mardi Gras party.” The attraction will have new music inspired by the film’s soundtrack. There will be new characters alongside the characters from the animated movie. Based on silhouettes of characters in the concept art, at least some may be redressed audio-animatronics from Splash Mountain. Disney did not announce when Splash Mountain will close, but Tiana’s Bayou Adventure will open in late 2024. Tiana’s voice actress Anika Noni Rose accidentally leaked this timeframe a few weeks ago. The “Tiana Reimagined” panel later today will showcase “news of ‘Princess and the Frog’, and reveal of Tiana’s new look,” so may have more information about the ride. So, I’m sure that Princess Tiana will be very excited since she is getting a ride that she deserves. I know that some Disney fans do not like the move, but Disney is planning on doing this. So, you would have to know when the attraction will close so that you will know that you should ride Splash Mountain one more time. Keep an eye out on the date that will close. I think that it will close at some point next year or the beginning of 2024. Or maybe it will close right after Mickey’s ToonTown reopens next year with its new designs, some of the retheme including Gadget’s Go Coaster, Goofy’s House, and Donald’s Boat while Roger Rabbit’s Cartoon Spin and Mickey and Minnie’s house are expected to return. Also, the addition of the new ride called Mickey and Minnie’s Runaway Railway. I think all of this makes sense!

This news just came out today!

So, what do you guys think about the Splash Mountain retheme details?!

I would love to hear lots of comments, thoughts, and opinions down below!

Some Disney World and Disneyland Updates!

Out of State Vaccine Updates!