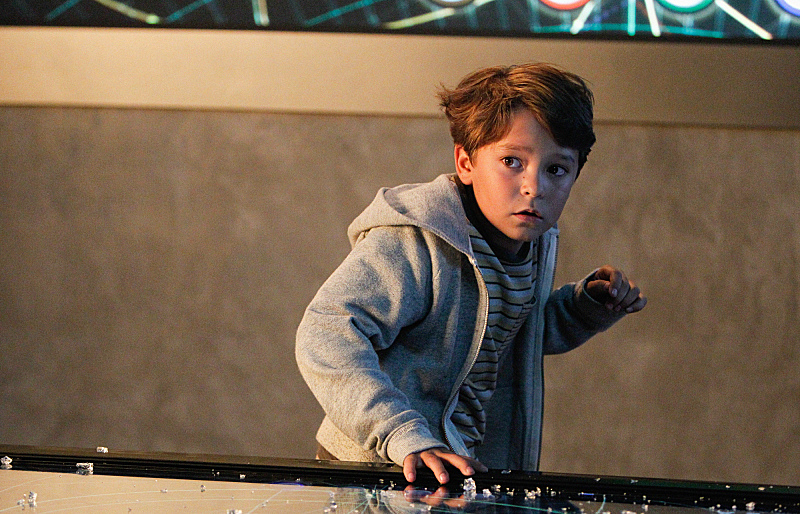 He definitely found his purpose in the season finale of Extant. As John put it at the beginning of the episode, “He’s in uncharted territory and so are we.” By the end of the episode that had so much meaning! This alien kid still doesn’t have a name. “Offspring” is not cutting it.  Those in the ISEA are calling the aliens “spores.” I guess I can call the kid “Spork”? That needs to be fixed for next season. 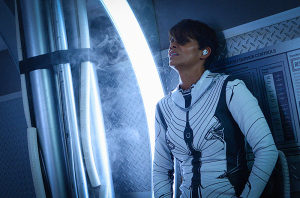 Molly is going back into space and she is wearing this really cool spacesuit and the helmet is supposed to help her be more in control of what she’s seeing. You know Sean could’ve used that spacesuit too.   Molly reunites with Ben (voiced by Eric Martsolf), the computer system ISEA uses on their missions. Molly also met up with Sean and tells him the plan. The mission is to try to get the Seraphim to move away from Earth’s orbit so the spores don’t get into Earth’s atmosphere. The other option is to blow the station up. Molly is able to tell that Kate is not really Kate and they have a brief battle, which causes Molly to wind up infected with the spores. You can guess that Plan B was going to happen. Poor Sean, didn’t stand a chance. Marcus makes a cameo again.

Meanwhile back on earth, John is dealing with Ethan having a bomb on him. John and Ethan finally have a heart to heart and I was really worried that Ethan was not going to listen to John about not dialing the phone Odin gave him. Ethan again was sad because he trusted someone and they let him down. John fortunately was able to open him up and see the bomb for himself and woke Ethan back up like he promised. I’m also glad he didn’t sugarcoat the situation.   It was nice to see Kern again, even if he was blunt about the bomb. John was right in not calling the bomb squad as Ethan was able to save the day back at ISEA. 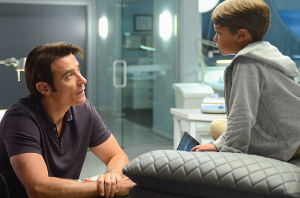 ISEA had to be evacuated because “Spork” invaded it, and someone needed to get in there to bring Molly home as Ben was having a hissy fit about protocol and probability. Ethan saves the day because “Spork” can’t mind control him. That staring contest between the two kids was like a mental battle between android and alien! The conversation between Molly, and John and Ethan was so touching, I had a tear in my eye. Ethan felt he “found his purpose” by heating his body temperature so there is a human handprint to activate the spaceship Molly was in to bring her home. By doing that he set off the bomb that was inside. He tells “Spork” to leave which he does.

It’s five days later and Molly, Julie, and John are still mourning Ethan when he pops up in every computer screen and TV around the country. He was able to “transcend” his program to the next level. Gavin messed up bigtime on this one! He should’ve left Ethan as a little kid. Meanwhile, this poor couple pick up “Spork”, not realizing what they are getting themselves into!

What a finale! I am really curious as to what direction the show is going to go in. What about the spores that came with Molly and Sean? Are they contained? Is Ethan going to get a body again? I hope so as I like Pierce Gagnon’s potrayal of the character. I also like the actor Shannon Merrill Brown that is playing the offspring as he definitely brought in the creep factor.

What did you think of the season of Extant? What are your predictions for Season 2? Sound off below in the comments.

The Legend of Korra Trailer Breakdown