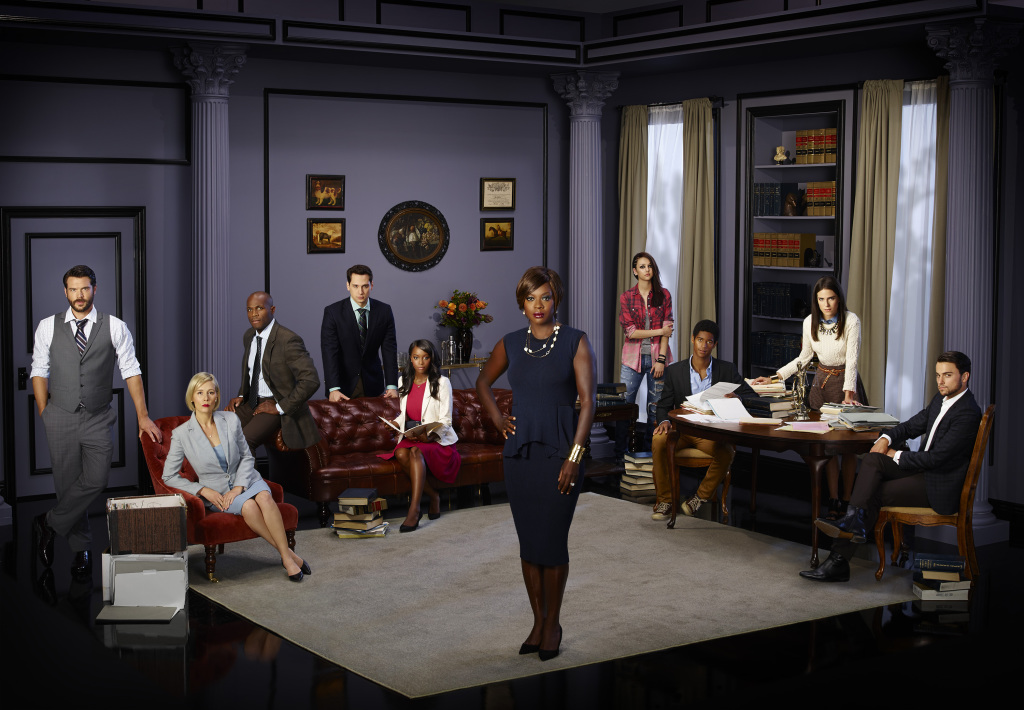 Warning: Article contains some spoilers! With a great lead in with the hit show Scandal, How to Get Away with Murder yanks us into multiple murder cover ups, infidelities, and ruthlessness in the courtroom.  Viola Davis is right at home in the role of Annalise Keating, a criminal defense lawyer as well as Law Professor at Middleton Law School.  The cast has great chemistry which makes their interactions with each other more believable. I want to be Viola Davis when I grow up!  Her portrayal of Annalise has so many layers that you think you peeled enough and realize there is still a long way to go.  Her tenacity in the courtroom to how she wants her students to succeed just scratches the surface.  Alfred Enoch brings innocence to his character Wes Gibbins that is so endearing that you want to cheer him on.  I love the moments so far where we see the beginning of that innocence crack.  Jack Falahee as Connor Walsh and Aja Naomi King as Michaela Pratt both have similar qualities in their ambitions to be the top dog in class so their word skirmishes are exciting! 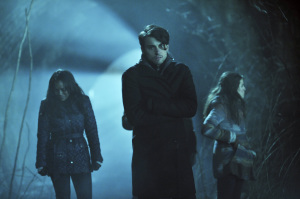 At the beginning of the episode we see a crazy bonfire party going on at the university and four people arguing on what to do with a dead body! These four people turn out to be law students Wes, Connor, Michaela, and Laurel Castillo (Karla Souza).  The episode then jumps back and forth between 3 months prior and the current situation. 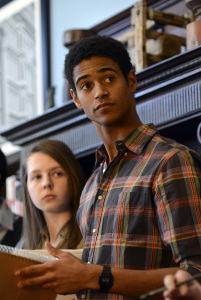 During the flashback portion we see Wes making his way to Professor Keating’s class and embarrassing himself by being completely unprepared. He did have a good excuse though as he was taken off the waiting list around the time he should have received the email on the assignment.  Laurel tried to get cute by answering Keating’s question for Wes but Annalise reams her for taking away a learning opportunity from a fellow student.  Keating’s style of teaching is getting her students involved in cases she is working on.  I think this is a cool approach since they are becoming lawyers anyway, why not observe and participate in real everyday cases?  The case she asks the students to work on is one she is currently defending which involves a mistress accused of attempted murder of her boss and lover with aspirin.  Keating has a contest where the top four students that help her get the client off will get to work in her firm. One lucky student even gets an immunity idol in the form of a statue which will get them out of an exam during the course.  I immediately thought of the show Survivor when she said that! The first part of the contest was to build their own defense in a minute and see if they could beat what Annalise had planned.  The catch was to create a defense that was not used by any of the other students before them. Wes managed to think on his feet after hearing one by one the arguments he was going to use. 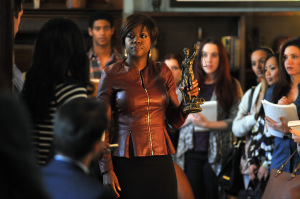 As the students find out more about the case we get to see how far they are willing to go to get information and to be at the top of the class.  Keating’s approach had three steps:

Michaela had a good line, “You should really pay attention, you just might learn something.” She was the first to start turning the case in Keating’s favor by discrediting a witness.  Connor manages to bring it up a notch by introducing a new suspect, which in this case was a business partner. He was able to do this by “sleeping” his way to get his information. “I don’t kiss and tell”, Connor says.  Cheeky my friend, cheeky.  Castillo started casting doubt as to the innocence of the client, but falls on deaf ears.  Annalise gets creative with her third objective in a way that shows she is just as ruthless as her students. We see Gibbins, Pratt, Castillo, Walsh, and Charlie Weber (Asher Millstone) finagle their way into securing a spot in Keating’s firm.  Their determination and manipulations again reminded me how some contestants of Survivor try to play the social game.  Gibbins was added at the last minute because of his potential, how he handled himself in class and his capacity to learn.  It probably didn’t hurt that he knows a secret that Annalise is keeping close to her chest. 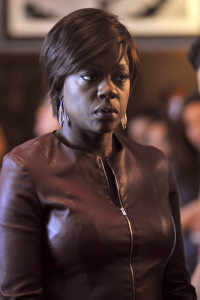 While we are learning more about Annalise’s current defense case, there are missing reports everywhere for student Lila Sangard, whose body is found by the time the episode ends.  It looks like Wes may be indirectly involved with that case as well because of his neighbor, Rebecca Dixon (Kate Findlay).  Keating’s husband, Sam (Tom Verica) who teaches psychology at the university may also be involved somehow as Lila was one of his students.

Meanwhile back to the present we have close calls with school security and random people walking by. Seriously, your phone should be on silent when trying to cover up a murder!  From the photo on her caller ID Castillo seems to be in “communication” with Frank Delfino, Keating’s assistant.  Apparently Frank has an appetite according to Bonnie Winterbottom (Liza Weil) for students.  Bonnie may be keeping some secrets as well so she can’t talk.  By the end of the episode it is revealed who these students killed. Let’s just say that I had my suspicions.  I’m glad that it wasn’t a certain person because otherwise…. 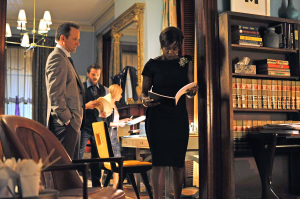 With too many innuendos as well as potential bombshells I’m really looking forward to seeing what the season has in store for these characters.  It will be interesting to see where they take Wes and Annalise’s relationship.  Right now it is more of a mentor/apprentice relationship but they seem to be hinting at something else.

Some folks on Twitter like @LaTissaChaNelle are already itching for a crossover between this show and Scandal.  I would not mind this in the slightest. Pennsylvania and DC are not too far away from each other. Just saying.  What did you think of the premiere episode?  Who is your favorite character so far? Let’s start a conversation in the comments below!