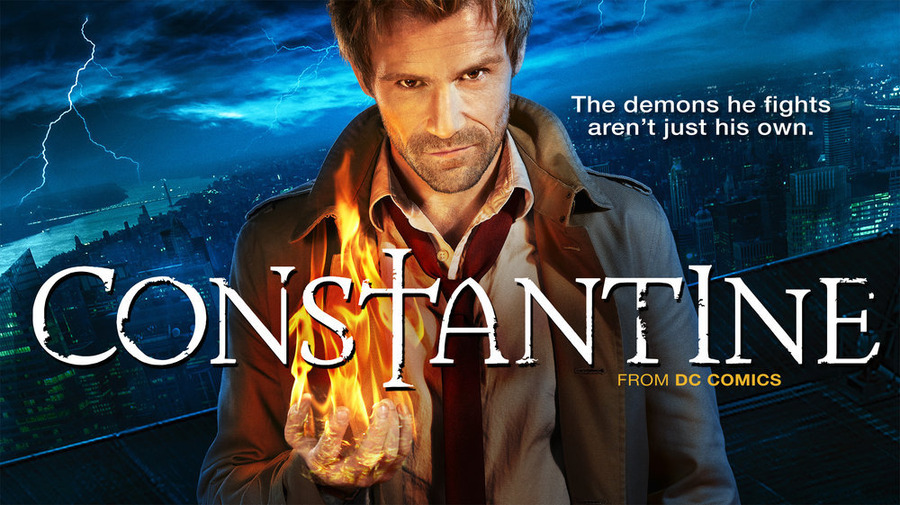 John Constantine (Matt Ryan), Exorcist, Demonologist, and Master of the Dark Arts (more like petty dabbler) is the latest comic book character in the DC Comics universe to have a TV show.  I first heard about the character from the movie of the same name starring Keanu Reeves from several years ago even though I haven’t seen it. I know I’m going to get flack for that.  I think this was overall a good debut.

*Warning* There will be spoilers in this review. 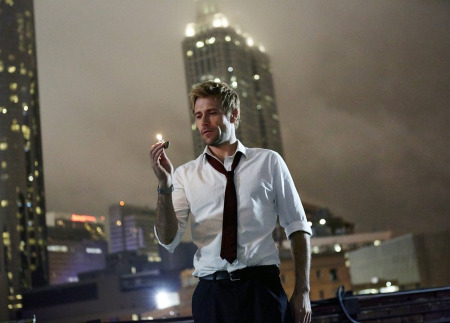 I like that we quickly get a backstory of Constantine in that he still feels guilty for damning a nine year old girl named Astra to hell and sold his soul.  She was possessed by a lesser demon so Constantine summoned a stronger one named Nergai to send the other one away.  Nergai double crossed Constantine by taking Astra’s soul. We see the girl in flashbacks as it is explained both from Constantine’s memories and others telling what happened.  Ryan brings charm, wit, and sarcasm to Constantine that makes him a likable anti-hero.  I love his accent. He can bring on the emotion and you really feel his guilt about Astra, especially near the end of the episode with his battle with demon Fucifer.  This particular demon draws strength from electricity and can create lightning and tempests.  He also uses possession of others, which we see throughout the episode.  I think the makeup of the possessed people were well done as they looked really creepy.  I also liked the makeup done on the demon’s version of Constantine in that battle scene. 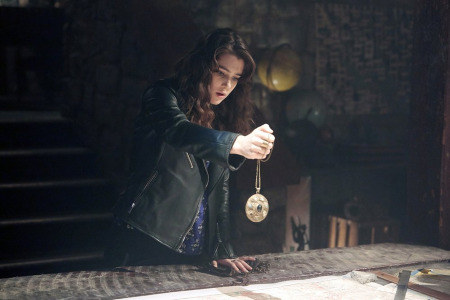 This would have been a good debut of Liv Aberdine (Lucy Griffiths), daughter  of Jasper Winter’s, a friend of Constantine, if the actress had not left the show.  Liv was in danger from Furcifer and she’s able to see souls that are trapped in a parallel planes like her father through a special pendant. This comes into play when Furcifer tries to use a fake Astra to get him out of the circle Constantine created to send him back to hell.  I did like how the show handled the exit by her not coming back to help Constantine but at least leaving it open for the character to come back.  She does get the ball rolling of Constantine helping others again by scrying with her blood where evil stuff will go down marked on a map.   At the end of the episode they introduce another character that could help him on his quests. 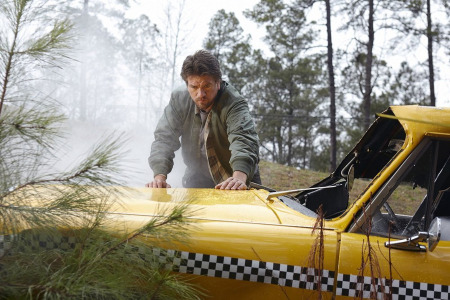 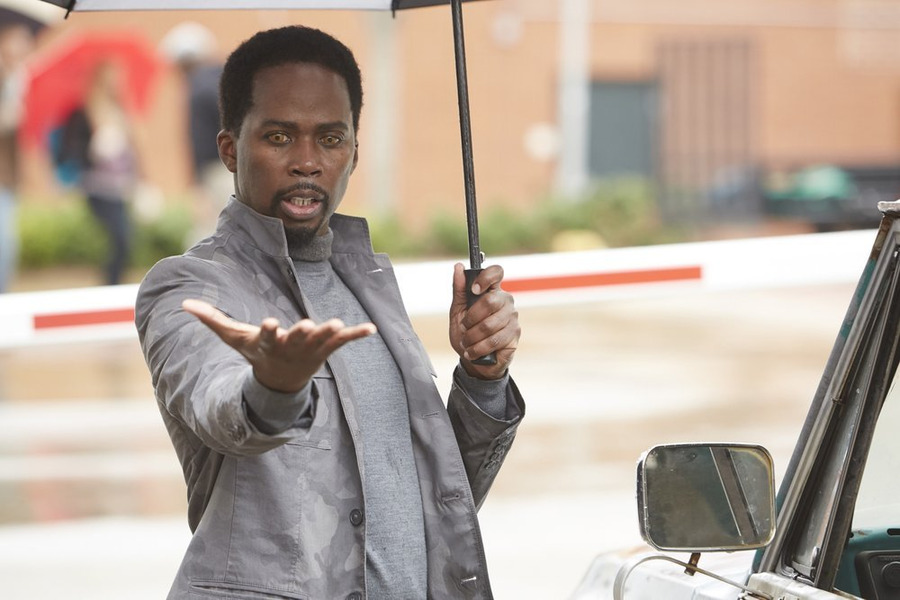 The introduction of sidekick Chas (Charles Halford) was nothing special.  However,  it was surprising to see him “die” then come back like nothing happened. This makes me want to know more about this character. Here’s hoping we get a backstory which includes his friendship with Constantine.  Manny (Harold Perrineau), an angel, is Constantine’s babysitter.  I liked the contacts that were used for Manny and he has some gorgeous wings.  Manny tells Constantine that there is still hope for him if he helps find out what the demons are cooking up.  I’m hoping that we actually get to see him fight alongside Constantine instead of being on the sidelines incognito. Perrineau brings a quiet mysterious presence to Manny that I think came out stiff in some scenes like at the beginning of the episode but cool in others like the bar scene and when he stopped the rain. Although Jeremy Davies was listed as a guest star, I’m also hoping to see more of the character Ritchie Simpson since he was there the night Astra was snatched.

This episode really piled on the special effects. The scene at the mental hospital was gross because roaches were crawling all along the walls. Yuck! I did like that it showed that Constantine is an exorcist that can pack a punch.  However, some of the special effects with the possessed patient  being thrown around in room were wonky.  The rest of the room effects were still good like the glass shattering wind and paper blowing.  The scene where Manny stops the rain and the people was really cool especially when Constantine moved the water.  I’ve seen something similar before in other movies.  The battle with Furcifer was also well done with the fire and lightning. Here’s hoping they continue to do some special effects throughout the season, but maybe tone it down some. 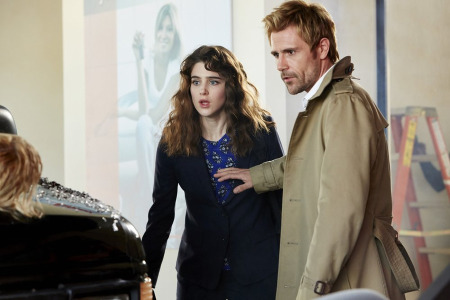 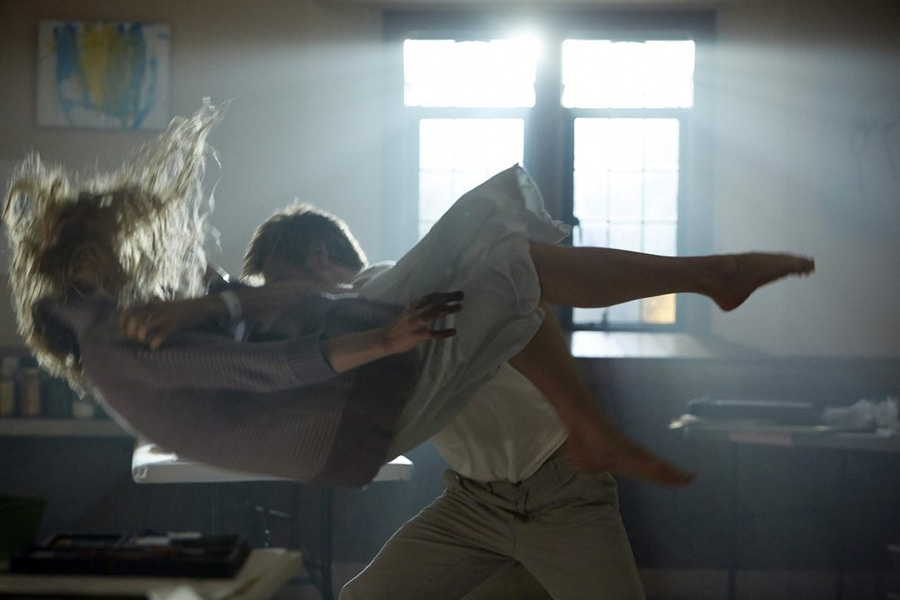 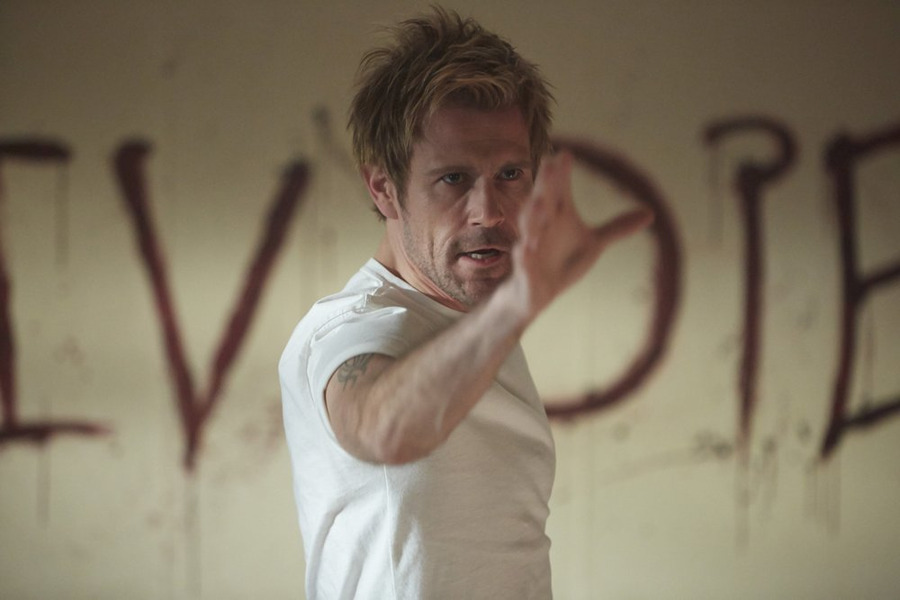 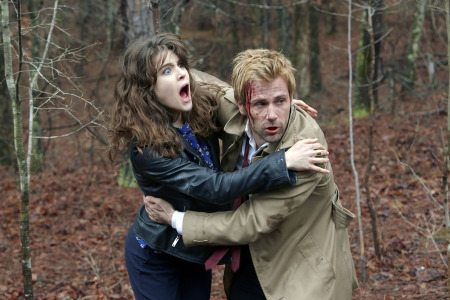 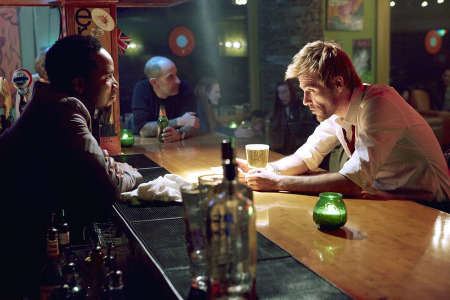 From the clips of what will be happen this season, I’m looking forward to seeing Constantine defeat more demons as well as get more character development with the other characters.  I am also hoping the show will explain how much Constantine gets paid as an exorcist if he’s dropping $500 bucks to use a roof. Definitely looking forward to an eventual showdown between Constantine and Nergai, because the show can’t leave us hanging with his fighting words from the first episode.