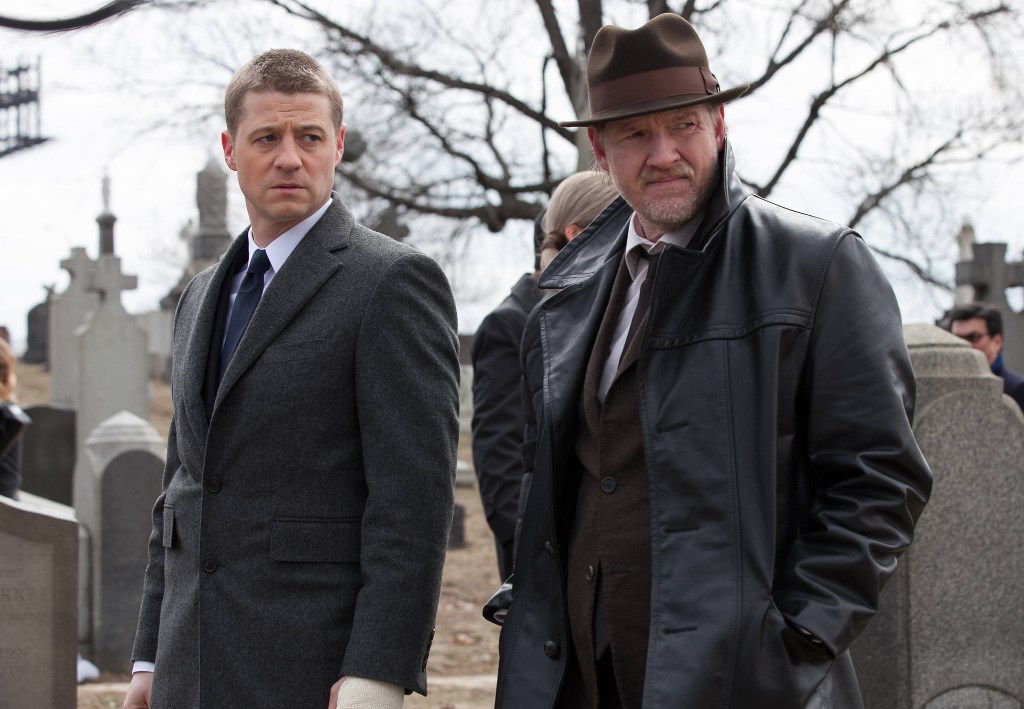 Gotham opens up where it left off from last week continuing its story arc with the case of the week: child kidnapping for The Dollmaker.

A lot of intertwining events go on in this episode – but the majority of events center around Jim Gordon and the corruption that plagues Gotham. 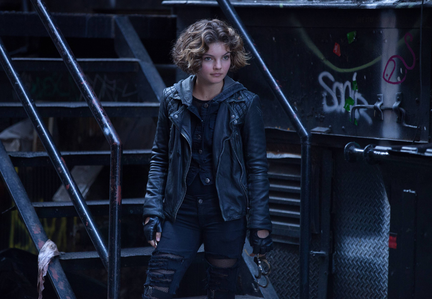 After investigating the death of a homeless man, Gordon and Bullock find out that someone called The Dollmaker has been snatching homeless children off the street for unknown nefarious reasons. After some harsh interviewing of one of the homeless kids named Macky, Edward Nygma discovers that ATP was injected into the kid and he wasn’t lying. Bullock and Gordon chase down the lead to a facility that used to sell the drugs to Arkham Asylum, they find the kidnappers and engage in a gunfight – after interrogating the seller of the ATP, they discover the whereabouts of the children and save the day. The young Selina Kyle comes into play in this episode in her usual cleverness – she explains that she must speak with Detective James Gordon and the episode ends with a cliffhanger of Selina saying that she saw who killed Bruce Wayne’s parents as clear as day. 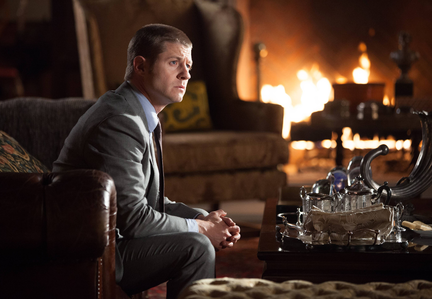 The side story with Bruce Wayne continues as we see him delve deeper into his madness – we see him testing himself in new ways again, this time with a candle burning him. Alfred stops by and invites James Gordon over because the boy “respects him”.  James Gordon and Bruce speak for a little while and Bruce explains that he is testing himself (to become Batman!) Bruce Wayne explains that he wants to give money to the homeless children that Gordon saved – and Gordon explains that the children need someone to care for him like Bruce has Alfred and Bruce states he’ll donate some clothing. We are starting to see the beginning of Batman’s future persona, the badass crime fighter during the night and the humanitarian during the day.

The Penguin returns from a swim this episode, trying to hitchhike when he is picked up by two frat boys. They offer him a beer and after making a “he walks like a penguin remark” – he kills the passenger and kidnaps the driver. Meanwhile, Detectives Renee Montoya (the 2nd Question) and Crispus Allen (the 3rd spectre) interview Penguin’s mother. She doesn’t quite seem to know what’s going on but it shows two possible characters that are coming onto the show which is worth mentioning. He rents a trailer from someone and begins to layout his plans all over the trailer walls of his return to Gotham. It’s cool to see that the meek and timid Penguin has been inspired by his ejection from Gotham to become the evil crimelord he is in the comic books. 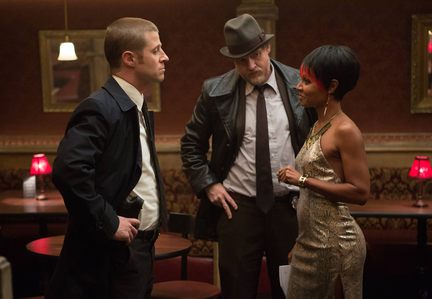 Fish Mooney and Carmine Falcone have their little tete-a-tete discussing the future of the organized crime in Gotham and how the death of Bruce Wayne’s parents has created a power vacuum that needs to be filled. Mooney states that business is good as ever and that the Falcone and Wayne Families were the pillars of the same house and does not know who will wrestle control of the Wayne Empire, particularly the Maroni’s. Falcone mentions that Penguin told him of Mooney’s plans to execute him, to take over his place because he is old and soft. Mooney denies this and Falcone accepts it faithfully and procedes to beat up Mooney’s current lover. In a fit of rage we see Mooney kick everyone out of the club. This is all some great foreshadowing for what is upcoming in the show – the war between the crime families, the police and James Gordon.