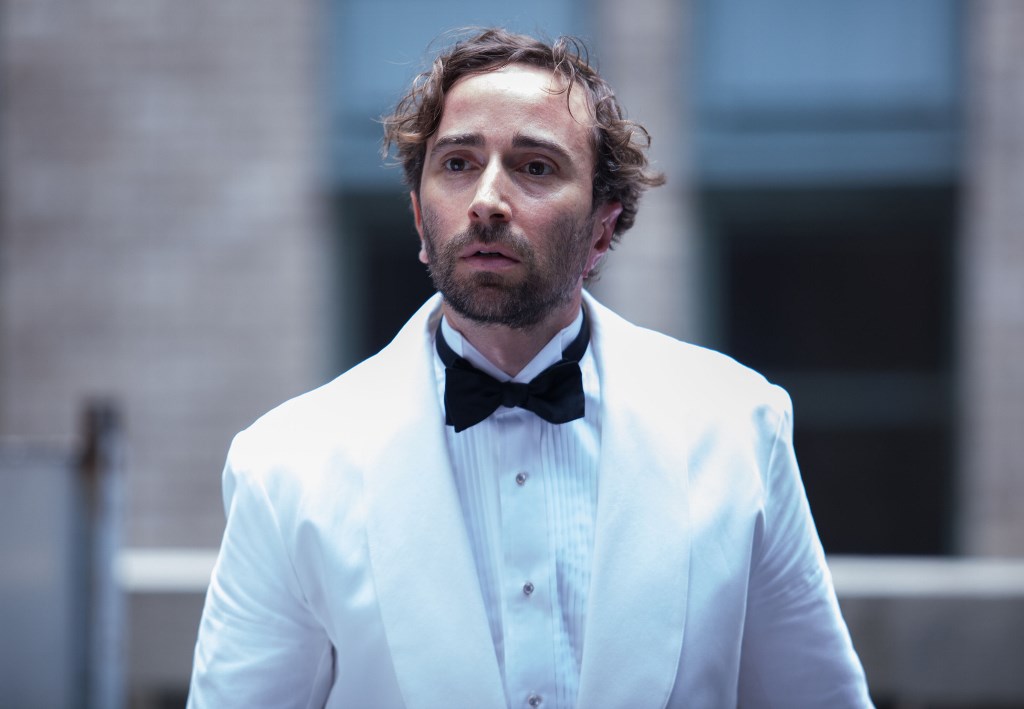 On this week’s episode of Gotham, we get to see the beginning of something we all know – venom. Venom first came along as Viper, a drug that would give you incredible strength but kill the user as the drug would use up all the calcium in the user’s bones and they would suffocate to death.

The episode opens with Bruce Wayne on track to becoming the world’s greatest detective – he’s investigated the Arkham situation and has discovered that through corruption, the crime families have received large portions of the Arkham project. The scene changes to Don Maroni talking about robbing Don Falcone’s casino. He wishes to mess with Falcone and wants to make Falcone look weak and take over. Penguin is hovering over the conversation, listening to everything.

We see a musician busking on the street, and he’s approached by a man who gives him a vial of Viper, the musician takes it and breathes it in and becomes super strong from the reaction from the drug. He wanders into a convenience store and starts drinking up all the milk, the store owner tries to attack him with a baseball bat. The musician just takes the bat and snaps it in two, and continues drinking. The scene switches to Bullock and Gordon getting hot dogs – and Gordon sees Cat steal someone’s wallet. Gordon then hears a alarm bell and Bullock reminds him he’s at lunch and not to go. Gordon runs in, only to find the store owner hidden in a niche, he asks what happens and the store owner replies that some junkie came in and stole all this milk and ran off with his ATM. Gordon asks for the description of the vehicle, and the store owner explains that he pulled it away with his bare hands. The scene then changes to the junkie running away with an ATM in his bare hands! Back at the precinct, we see Bullock and Gordon talking to the Captain about finding more about the drug. 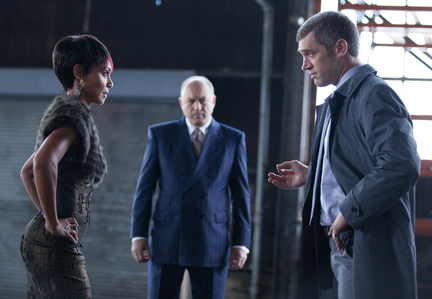 The Falcone, Mooney, and Niko crime families meet, so they can discuss the Arkham project. Niko and Mooney are working together, so Niko verbally attacks Falcone saying that he is a fool for letting Maroni having any part of the project. Mooney stands up for Falcone and Falcone breaks it up, Falcone states that they need each other and that they are family. We later see Mooney and Niko in bed together conspiring.

Bullock and Gordon are back on the beat, trying to find the man who took the Viper drug, they found out that his name is Benny, and find out where he is staying. They find piles of empty milk cartons and Benny who is asking for more Viper. He tells them to look for a man with a mangled ear. They try to arrest Benny and he knocks them both back with amazing strength. He then picks up the ATM machine and it crushes him as his bones seemingly break for no reason. We see the man with a mangled ear hand out his samples of Viper to people on the streets, foreshadowing the coming chaos.

Next we see Bruce Wayne being woken up by Alfred, who scolds him for leaving such a mess. He informs Bruce of the oncoming charity event for Wayne Enterprises. Bruce says he will go because he wants to investigate how the crime families received the contracts to build Arkham. Alfred says that is the way business is now done, and Bruce states that’s not how his family does business. Bruce then turns on the TV to see that the news is reporting Viper running rampant through the streets causing chaos.

Back at the precinct, we see the police having trouble dealing with all the Viper infested criminals. Nygma explains that Viper activates unused DNA and uses calcium as a power source to give the user extreme strength. Their craving for milk is to replace the calcium, but the drug causes the bones to crumble and the user to suffocate and die. Nygma is thrilled that such a new drug is around and when he observes someone die from using the drug, all he has to say that it is fascinating. Captain Essen states there hasn’t been any new reports for a while and can’t understand why they are giving it away, and Bullock states that is how they create demand, even if the drug kills the user. Nygma says the only lab in the city that can make the stuff is WellZyn. 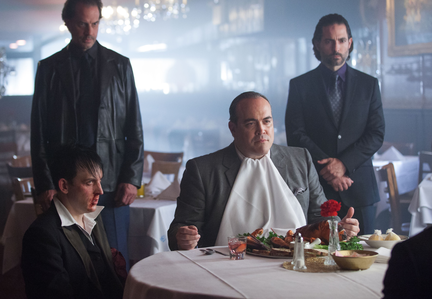 Penguin tells Maroni about the casino and a janitor who runs the boiler room – he then explains that he is Oswald Cobblepot and his story and how he used to work for Fish Mooney. Maroni immediately beats him up. Maroni calls upon Gordon to see if he is telling the truth. Gordon tells him the same story and clarifies the conspiracy of the deaths of Thomas and Martha Wayne. Maroni is full of glee that he has a secret weapon against Falcone.

WellZyn and their attorneys show up – and through some clever questioning Gordon discovers that the person making the drugs is Stan Potolsky. The attorneys make him out to be an employee who was bored with his job making shampoo and unstable but that was not the case. By going through Potolsky’s personal belongings, they find an old philosophy professor who explains that Potolsky used to make chemical weapons for WellZyn, trying to create a supersoldier. Gordon realizes what’s going on and sees that they planned this – the professor then takes Viper and attacks the two and Gordon has to shoot the professor dead to save Bullock. In his dying breath, he states WellZyn and Wayne Enterprises must pay for their evil acts. Gordon figures out that Potolsky is going to the charity. 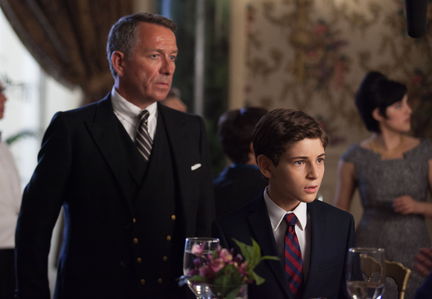 We see Bruce Wayne and Alfred enter the charity and Potolsky dressed up as a waiter carrying a canister of Viper with intentions to pump the Viper into the central air system. Bruce Wayne speaks to Molly Mathis, who explains herself as middle management, she explains that none of the board members are here. He explains that he wants to speak to the board members due to the irregularities he found in the Arkham Project, he asks Mathis to make that happen but is interrupted by Stan Potolsky and his public service announcement about how he made Viper for WellZyn, a subsidiary of Wayne Enterprises. He explains that he is going to douse the room with Viper to prove a point to the important people while Bullock and Gordon come rushing in, urging everyone to clear the room. As the Viper gas enters the room, Alfred puts a coat over Bruce and escapes and Bullock leads everyone out of the room. Gordon confronts Potolsky on the roof, and he shoots the canister of Viper which sprays Potolsky with a heavy dose of Viper. Potolsky jumps off the room and escape but asks the two detectives to check out Warehouse 39. Bullock and Gordon go check out Warehouse 39 to only find nothing, Molly Mathis is waiting in a car outside the warehouse and she explains everything is okay and should leave the detectives alone unless they get too close. We see Bruce back in Wayne Manor going over Molly Mathis and her profile, and Alfred then joins the investigation on the corruption in Gotham.

Maroni and Penguin, are outside the casino waiting to rob it – in which they successfully do. Securing the Penguin’s future in the Maroni crime family. We see the episode end with Liza seducing Falcone with all the training she received from Mooney, showing the power of her secret weapon.

This episode unfolds more of the overall story arc of Gotham, revealing its baddie of the week that contribute to the season story. We are finally starting to see the crime families go to war against each other and the ensuing chaos that will appear, probably centered around Arkham Asylum.