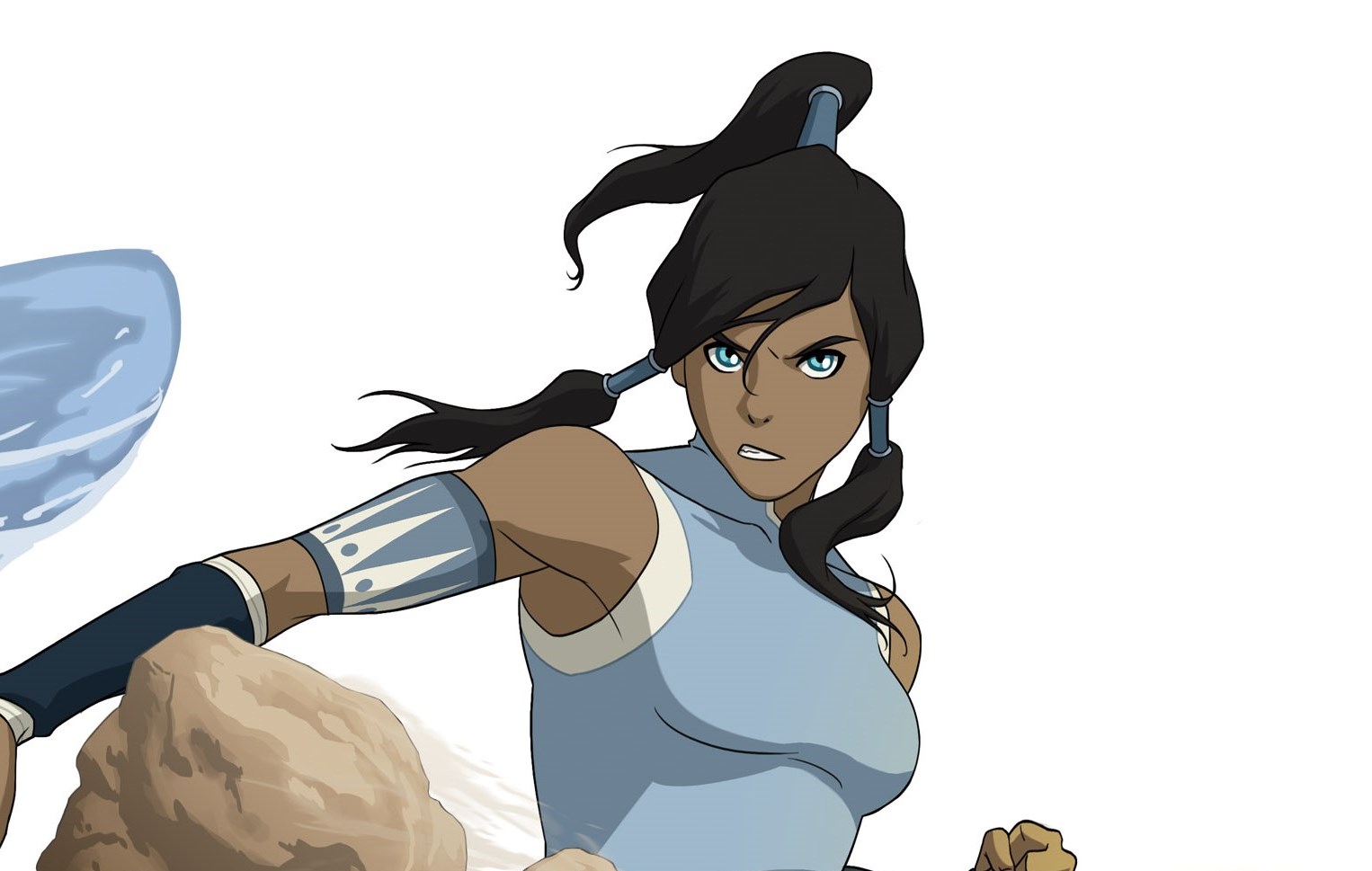 This week on Korra’s Korner – we get to hang out with the fan favorite TOPH!

This episode leaves off from the last leading up to Prince Wu’s coronation. Wu is reviewing in heavy detail (that will last six hours) on what the coronation will consist of to a bored Mako. Mako asks Wu if he’s worried about running his nation – Wu explains that he will have a group of ministers running his country while Mako and him can pal around. Mako bumps into Tenzin and the President who explain the same thing and ask if they have found Korra yet. Tenzin explains that they are still searching for her. The President explains that Kuvira will step down once the coronation begins.

Korra explains to Toph that she needs to get back into fighting shape and that the world really needs her. Toph retorts that the world doesn’t need her, it has been fine for the past 3 years – Korra jabs back saying since she’s been the Avatar “she’s stopped some really bad people from doing some really bad things.” Toph gives her some advice stating that “it’s the names change that the streets stay the same.” That she busted her butt to put away criminals but they kept coming and coming. Korra asks if Toph is going to actually going to train her, and Toph comes back with a classic “I was going to soak my feet in mud for a few weeks, but I can’t stand you being so pathetic and getting your butt kicked all the time.” Korra tries to hug Korra but Toph blocks her and knocks her down with a rock wall.

Bolin returns to Republic City, and bumps into Eska who mistakes Kuvira for Bolin’s new boyfriend. A member of the hotel staff explains to Eska that there was a mistake on the hotel room, saying there is only one room with one bed booked for two people. Eska replies that Desna sleeps in the tub and walks away. Varrick returns to Republic City again wanting to steal little hotel soaps, especially the lavender ones! Bolin and Mako meet again after a long time and Bolin explains to Kuvira how they have been helping people – Mako explains that he has been working for Wu and is obviously embarrassed about it. Suyin and Batar meet and have a little spat about how Kuvira is doing good through violence. Batar explains to Suiyin that she will have to get over her grudge and that Wu is an inept future king. Wu hits on Kuvira only to find out that Kuvira moved into his suite and Kuvira informs Wu that she always gets what she wants.

Wu meets the Royal Cabinet, only to find out that most of his Earth Kingdom kingly belongings were looted by the Earth Kingdom peoples and most of his servants have left. There’s no crown either and the only royal jewelry left is an earring and a brooch. Wu blows his top and walks off.

We cycle to Toph versus Korra who defeats her at every move – Toph explains to Korra that she must not think, she just must act and beats her again. Toph calls her the worst Avatar even though she’s only worked with one other – Korra asks Toph why she hid from the world and disconnected. Toph jollily replies that she is more connected than ever, thanks to the vines in the swamp that connect all over the world. Korra tests this theory by trying to throw water at Toph only to be knocked down by Toph’s mudbending, and Toph proclaims “You are blinder than I am!”

Prince Wu’s coronation begins and he is crowned as king – Prince Wu calls Kuvira to the stage and awards her with the Kiyoshi Medal of Freedom, the Earth Kingdom’s highest medal of honor. Kuvira gives a motivating speech on how royalty is outdated and that technology and innovation is what should lead nations . She explains after 3 years she has finally gotten control of the Earth Kingdom and states that the Earth Kingdom is no more, and that Prince Wu has no authority there. Kuvira states that it is now an Earth Empire and that she will lead the Empire to prosperity herself! The crowd agrees with Kuvira and she says she will crush anyone who gets in her way. Bolin is shocked and speaks to Varrick and Kuvira about it and he agrees to standby Kuvira and her ideals. Suyin and Kuriva speak as well, and Suyin is representing the world leaders – Suyin says for the good of everyone Kuvira needs to step down. Kuvira states she provides stability and equality and to stay out of Earth Empire business. Suyin calls Kuvira just another tyrant, and she knows what happens to the cities that don’t accept her rule. Kuvira smirks and replies that she is coming for Zaofu.

Bolin and Mako speak about Kuvira and get into a fight – Mako disagrees with Kuvira’s ways while Bolin is completely siding with Kuvira. Bolin aligns Kuvira to Korra and Mako calls her a dictator. Bolin attacks back with Prince Wu not being a person who’s fit to lead and Mako agrees – Bolin blows up at Mako vehemently saying he’s making a difference in the world while Mako isn’t doing a thing. Mako and Bolin starting yelling at each and both go their respective ways.

Back in the swamp, Toph mentions she forgot how much she misses tormenting the avatar – Korra explains that she doesn’t understand how she can’t back into her groove and Toph explains that the metal poison is still in her body and Korra demands that she gets it out. Toph attempts to get the poison of Korra but alas Korra can’t relax or stop fighting to let Toph remove the metal. Toph eventually gets fed up and explains that Korra will have to do it herself – Toph says she wants the metal inside her so she doesn’t have to go to be the Avatar again so she can’t get hurt. Toph blows her off and explains to her to that she needs to talk to the spirit who bought her there and that she can’t solve all her problems.

Prince Wu gets upset that people are wearing Kuvira shirts and throws a smoothie at them and Mako manages to rescue him. Prince Wu manages to run into a replica of the palace in the Earth Kingdom and begins to lose it and break down. Mako explains that Wu isn’t the leader that he needs to be and Wu thanks him for being the first to speak to him that way.

Back at Air Temple Island, Tenzin recruits Ikki, Jinora and Meelo to find the Avatar – Meelo is definitely up to the task but does not know if his sisters are. Back on Kuvira’s train we see Varrick experimenting with a Spirit Vine and it is now Varrick’s number one priority under Kuvira’s orders. Varrick states that his new device will change everything.

In this episode, we see Kuvira become the Big Bad for the season – that Korra will have to face her problems head on if she’s going to stop Kuvira and whatever evil plans she has.

Did you notice Eska turn her head toward the camera after she said Desna sleeps in the tub.