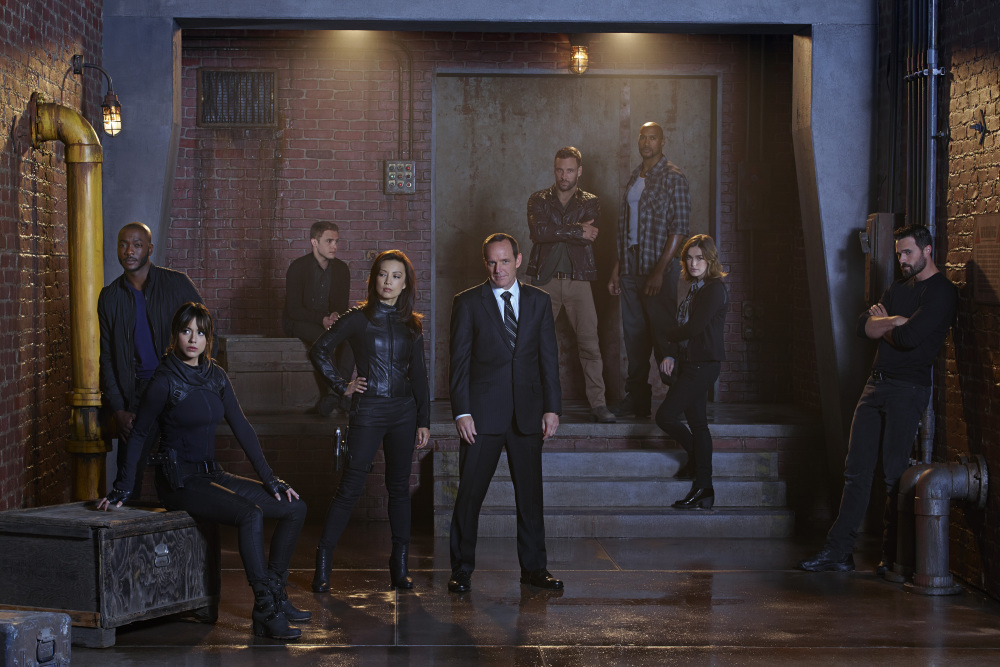 Hey guys your Nerd Element correspondent here, sorry it has been a while, but back with more AoS Recaps and I will be doing the past two episodes this time.

Starting with the episode from two weeks ago the episode starts with a group of friends sitting around a bonfire on the beach when suddenly coming out of the water is our other favorite Asgardian Lady Sif, only she can’t remember who she is or why she is on Earth. Meanwhile Skye and Fitz are still trying to keep the secret of Skye’s powers under everyone’s noses. Elsewhere, Bobbi starts to push Lance away because of the job she is actually doing that we learned from the previous episode. This was also because Mack was telling her that she needs to end it with Lance anyway, but Bobbi was thinking they should bring him in on it.

Coulson and May find out Sif is back and go to retrieve her, they also find out from a video that Sif was after a Kree warrior that can take away people’s memories. The Kree as it turns out knows about what happened in the temple that Skye was in and wants to stop whatever came out of there alive. Our team of agents eventually end up capturing the Kree and he pretty much spills the beans on the origins of The Inhumans with also giving Sif her memories back. The explanation cause Skye’s powers to active and make everything quake. This also caused all of the agents to protect her from The Kree and Sif because it was said that people like Skye are just weapons and can’t control their powers. Bobbi is able to stop the Kree and uses his own weapons against him to wipe his memories. May and Skye make it to the holding cell to try and hold off Sif while Skye tries to stop, but in the end she can’t and ices herself to stop. The action of Skye surprise Sif and she leaves Skye in the hands of Coulson. The end of the episode shows Hunter confronting Mack about what him and Bobbi are up to which leads to Mack knocking out Hunter and hiding him on the ship.

Now from last week’s episode Skye’s father, Cal starts breaking out criminals with superpowers that S.H.I.E.L.D. has detained in order to get back at Coulson and to try and show Skye that maybe this is what will happen to her in the future. Meanwhile back to our favorite team of agents, we see they are all trying to help Skye learn how to control her powers but to no avail. So May calls her ex-husband Dr. Garners, a therapist, to help Skye with controlling her powers. Mack is keeping Lance handcuffed to a bathroom inside the base in order to prevent him from talking to anybody about what him and Bobbi are up to.

Cal attacks with his new friends at a college and Coulson plus team try to go stop him. Skye (who is still having trouble controlling her powers) goes too. The team is able to take out all of Cal’s goons, but when they go to capture him No-Eyes teleports in and takes Cal away. During the fight Skye loses control for a bit, but is able to make the quakes stop, however bruises start to appear on her forearms and she passes out. When she wakes up there are some castings on her arms that Simmons made because as it turns out Skye wasn’t stopping her powers she was just redirecting them on to herself. The casting that Simmons made will help minimize the damage, but it isn’t a fix that will last forever.

Bobbi and Mack let Lance know that they are working for another section of S.H.I.E.L.D. that doesn’t want Coulson to be the next leader. We also find out that Cal is not an Inhuman like the rest, but a failed experiment. No-Eyes stopped him because he said he was making too much noise and that he might have to face whoever is in charge if he acts out again.