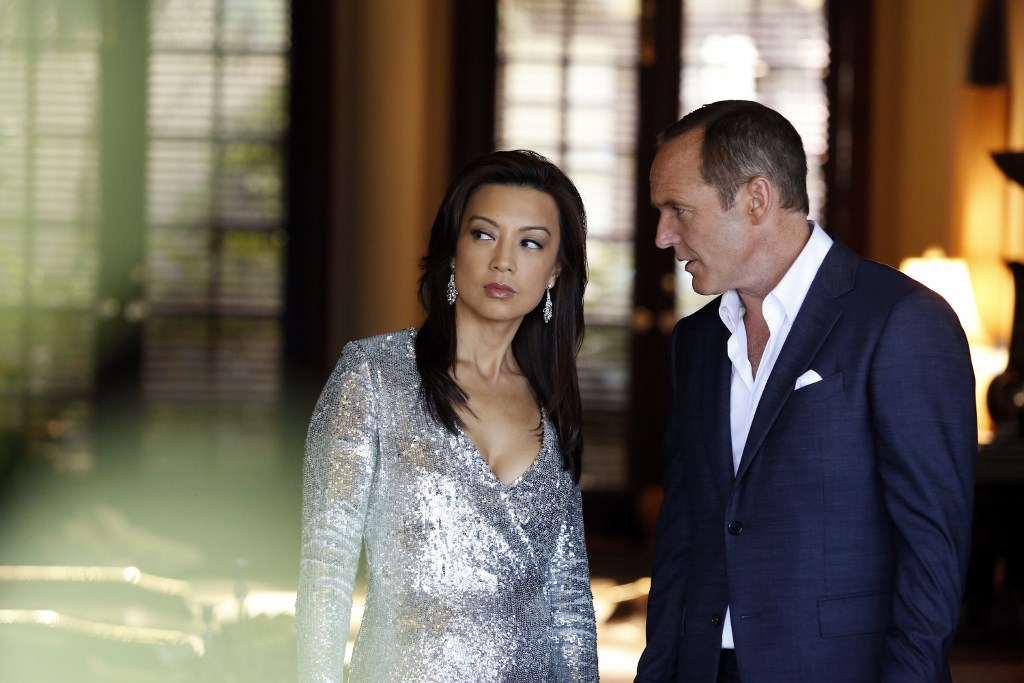 On this week’s Agents of S.H.I.E.L.D., we begin where we left off on last week’s episode: Coulson’s strange alien writing episode issues.

This episode opens up with the team trying to steal a painting – not just any painting, it’s a painting that survived a fire miraculously in a church. It also has the alien symbols that Coulson has been carving into the walls. May and Coulson infiltrate a party where the painting is being held – and scope out the environment with some uncharacteristic dancing and laughing. They talk about Coulson’s symptoms of being resurrected – they are increasing and they both worry that Coulson’s symptoms will become like those of Garrett. 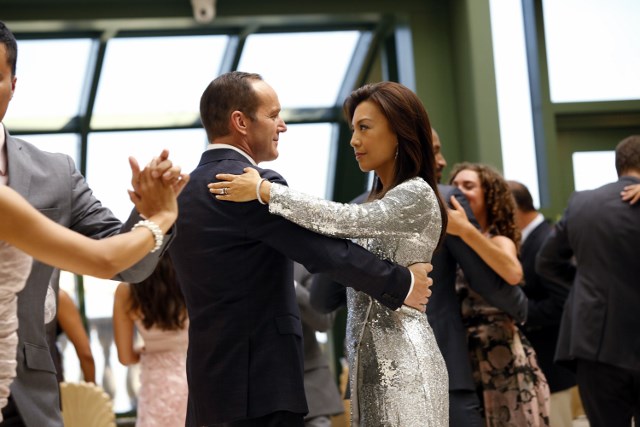 Coulson sends May to meet location only for her to be jumped by two Hydra agents, one posing as General Talbot with a special mask tech that allows the user to mimic the face of whoever. They acquire May’s bloodwork and face so the female Hydra agent can pose as May and attack Coulson and his team. Fake May reports back to Coulson, going to meet him.

We move to Fitz talking to himself and Simmons – who is complaining about the garage and the new lab – how about it’s no longer ours and no one ever asked him for his advice. Simmons reminds him that he’s still capable and needs to trust himself. Then the plane starts to go all haywire and Fitz discovers the device that was implanted by the fake May – that will cause the plane to crash and explode. Fitz explains with the help of the crew, that the device is like a virus and its traveling through the electrical system to the wings where all the fuel is and will cause an explosion. With the help of Lance, Fitz fixes the plane and saves the day. Lance thanks Fitz personally after saving the ship with a beer, and Fitz finally feels like he’s part of the team. Lance toasts to moving on, after Fitz finally seems like he’s become his normal self and the Simmons hallucinations have seemed to disappear.

Fake May meets Coulson and they move on to their next mission – while the real Agent May is being tortured by the fake General Talbot, she refuses to be interrogated and reminds him that she’s 5 feet from kicking his ass. Fake General Talbot reminds him that he works for powerful people and he rips the light fixture down and begins to interrogate Agent May with electrocution. Coulson and Fake May speak about the contingency plan after Coulson is dead – only with Coulson to ask Fake May out to get some coffee. After Fake May accepts, Coulson replies, “May hates coffee.” and punches her, which begins a fight. May manages to break free of her bonds and starts to throw down against her interrogator. Coulson and Fake May start to fight while the real May takes over and proceeds to kick the butt of her doppelganger. Her doppelganger doesn’t even stand a chance versus the fury of Agent May. Coulson chases down the fake General Talbot only to hit him with the night night gun and secure the painting. May manages to defeat fake May by zapping her with some exposed wires – Coulson barges in and they both quickly make their exit before the extraction team from Hydra arrives.

Coulson speaks with the real General Talbot who immediately chastises him for not recognizing the difference between the fake General and the real one – Coulson retorts back with stating he doesn’t know the General well, so he wouldn’t know anyway. General Talbot asks for the painting to be handed over and Coulson lies stating that the painting didn’t survive the fight that ensued – he explains that Hydra was mistaken about the value of the painting. General Talbot states he had more fun in an enemy war camp and was trying to hack Coulson’s location. Coulson states that the painting is 500 years old but the carvings on the painting are new and there’s someone out there like Coulson and they need to find them. Coulson and May have one last talk about the contingency plan and she insists that she will take care of him and will never shoot him in the head. Coulson orders May to kill him, and that being taken care isn’t the solution that Coulson needs. Coulson explains that hard choices are coming and that May needs to make this one for him. 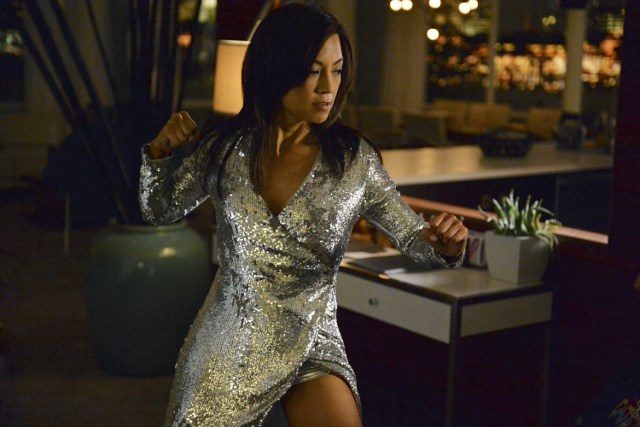 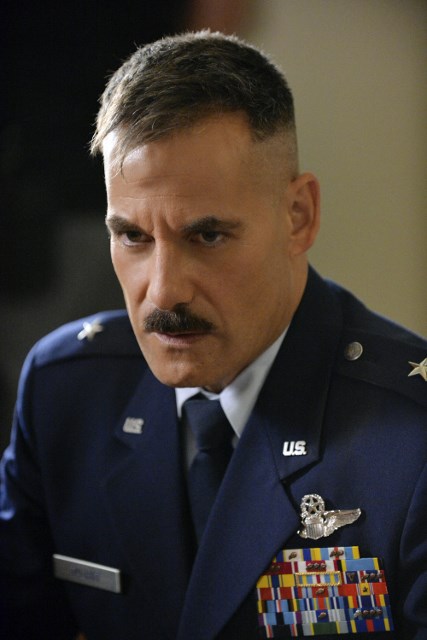 The episode ends with Raina meeting Daniel Whitehall for the first time who injects her with a torture device and gives her 48 hours to return the obelisk to him.

This episode continues to explore the alien symbols motif and what Coulson is going through – something that will probably culminate into something we will see in the Marvel Studios universe?

The spin coffee table head bash needed to be repeated no less than 5 times. That was one of the best choreographed moves I have ever seen!

I know! That entire fight scene was awesome! I’m pretty sure someone created a gif of that scene! ~ Natty