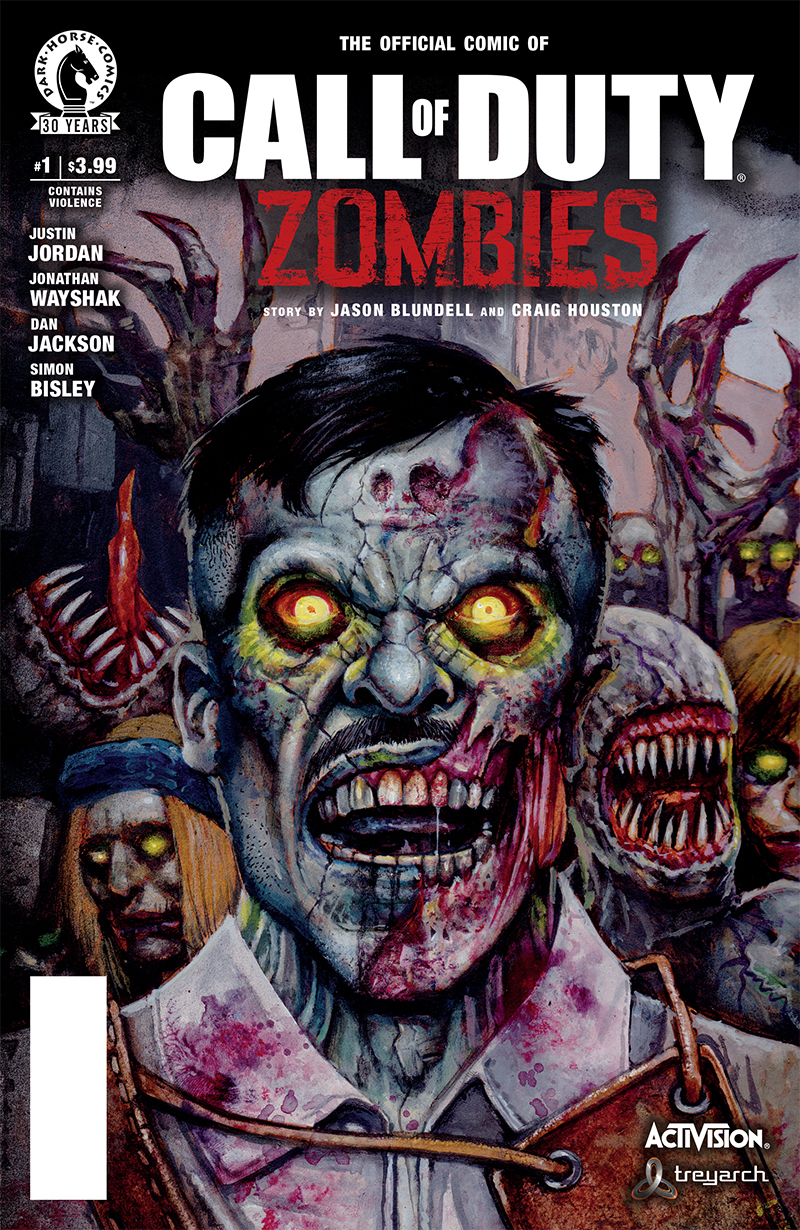 Dark Horse today announced a new comic book mini-series based on Call of Duty.  Call of Duty: Zombies #1 (of 6) comes out this October. More info and details below from their press release 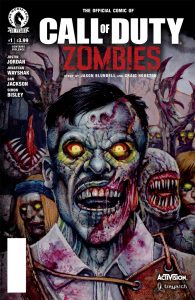 Inspired by Call of Duty: Black Ops III, The Call of Duty ®: Zombies Comic Series Uncovers Hidden Secrets from within the Zombies Timeline!

Since Treyarch first introduced Zombies to the Call of Duty franchise as an Easter Egg in Call of Duty: World at War, it has grown into its own pop-culture phenomenon, becoming an indispensable part of what game fans expect from a Call of Duty game. Now, Treyarch’s Blundell and Houston help take fans even deeper down the rabbit hole…

On his quest to secure an ancient artifact known as The Kronorium, Doctor Edward Richtofen enlists the help of The Tranzit Crew, a rag tag group of survivors last seen in the Black Ops II Zombies installment Buried. On a deeply unstable and fractured future Earth, Stuhlinger, Misty, Russman, and Marlton battle for survival against the undead horde, as they slowly uncover the truth behind Richtofen’s mysterious reappearance. TheCall of Duty: Zombies miniseries follows these characters’ perilous journey of discovery, filling in crucial pieces of the larger Zombies story.

If you need your Zombies fix before October, make sure to check in at San Diego Comic Con on Thursday, July 21 when Treyarch’s Blundell joins Dark Horse’s Comics & Video Games panel (5pm/PT), where he’ll shed light onto some of the secrets hidden within the Call of Duty: Zombies saga. Additionally, Blundell and Houston will team up earlier that same day for a special guest signing at Dark Horse Booth #2615 (noon/PT).

Fans of the franchise can also read the Call of Duty®: Black Ops III comic book series by Larry Hama (G.I. Joe) and Marcelo Ferreira (Transformers, TMNT) which follows an elite group of cybernetically enhanced soldiers as they wage a secret war across a futuristic, war-torn world transformed by technology.  Available now at your local comic store. (Warning: This comic contains violence and may not be suitable for those under 18 years of age.)