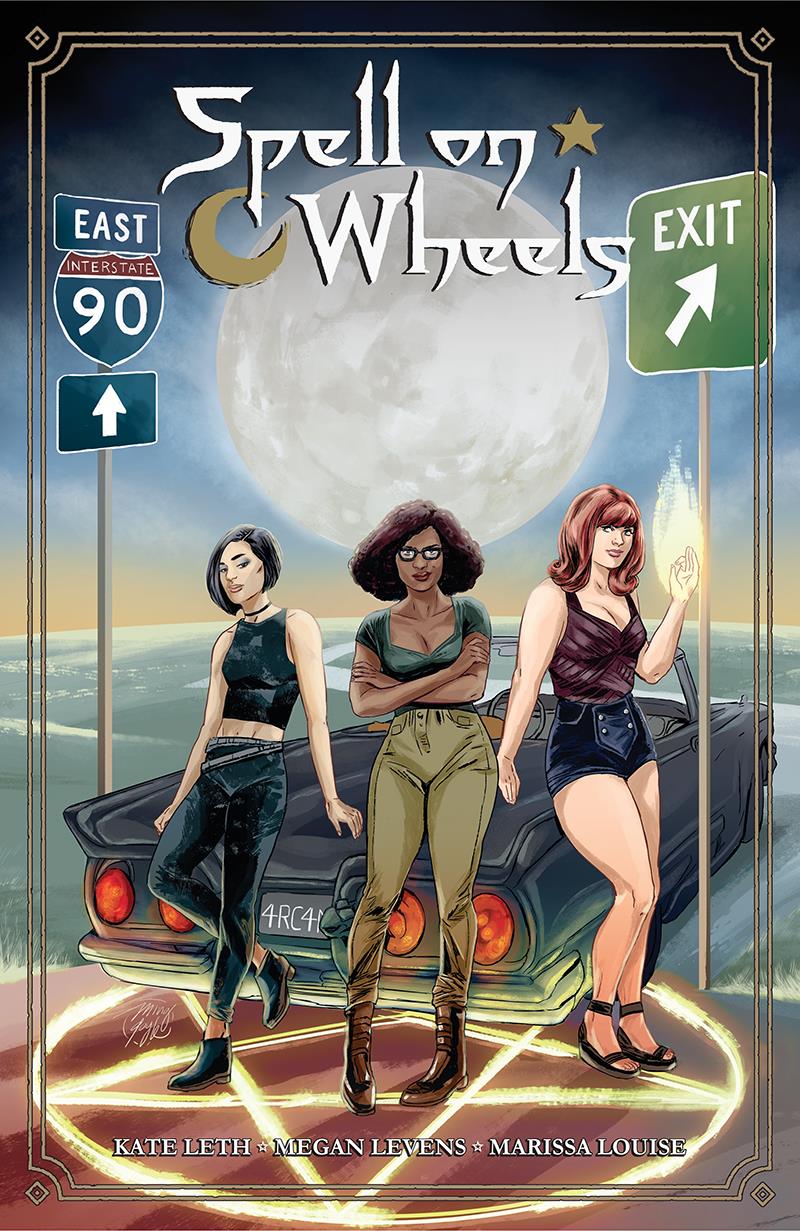 Dark Horse is looking to put a spell on you with a new title they just announced. Spell on Wheels: Night of the Wand from Kate Leth (writer) and Megan Levens (artist) is set to debut this October. More info and cover art from their press release below.

Spell on Wheels: Night of the Wand follows the adventure of three talented witches —Andy, Claire and Jolene — as they embark on a road trip to retrieve their stolen magical objects. The three witches must work together to retrieve their possessions, but are they strong enough to defeat the dark magical force behind the thievery?

The first issue of Spell on Wheels: Night of the Wand goes on sale October 19, 2016, with four subsequent issues published monthly.