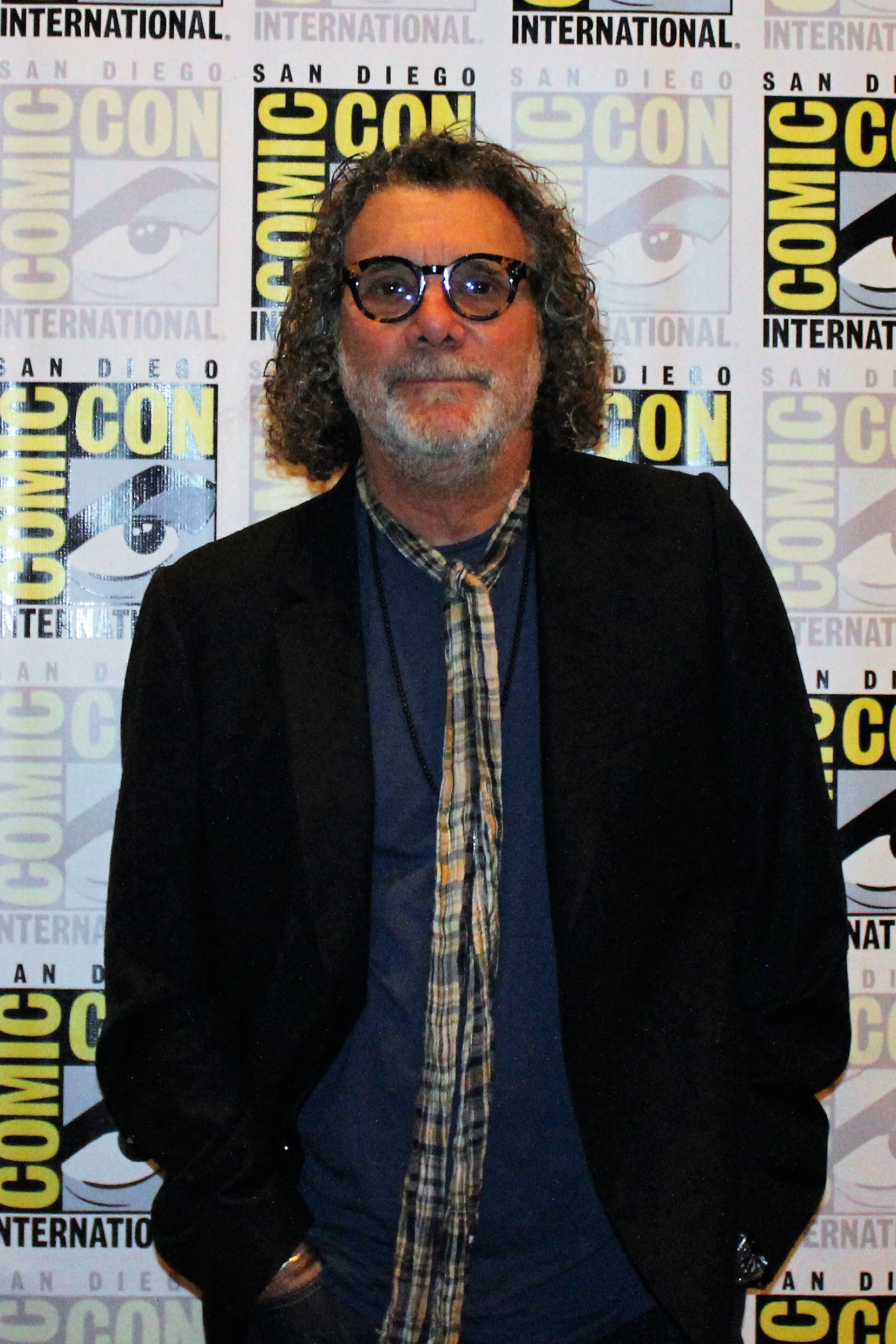 Jack Bender is no stranger to adapting Stephen King’s work; one of his last big projects was CBS’s ambitious summer series, “Under the Dome.” He’s got an impressive list of projects as an executive producer (besides “Mr. Mercedes” and “Under the Dome,” he’s also produced “Lost,” “The Last Ship,” and “Alcatraz”) and as a director, having helmed episodes of all the above series, as well as “The Sopranos,” “Alias,” and “Ally McBeal.”

Bender stopped by the roundtable interviews at SDCC 2017 to discuss his new project, “Mr. Mercedes,” which he is partnering on with David E. Kelly (“Ally McBeal,” “The Practice,” and many, many other hits).

The novel includes a horrifying incident in which a disturbed young man, Brady Hartsfield (Harry Treadaway), steals a Mercedes and drives straight into a crowd of people waiting in line for the opening of a job fair. Apart from being based on a real-life incident from 2011, this particular plot point will resonate with many, given how often something similar has occurred since then (including the attack in Paris on August 8, 2017).

The Nerd Element started by asking Bender about the level of gore that can be shown on cable vs. network TV.

“I never wanted this show to be a gorefest,” he said, “and it starts with, as you know, something that Stephen King read about before it became the modus operandi for terrorists around the world to mow innocent people down, which is daunting, to say the least; it opens our show. But our show also deals with the repercussions and the amount of lives [affected],” Bender continued, “those tragic ripples in the pond.”

“Whether it’s Brady’s world or what starts the show or different stuff that happens,” he said, “I wanted it to be realistic. I didn’t want to make it sensationalized; I didn’t want to use brilliant Sam Peckinpah slow-motion and have an action score; it’s very stark”

“If you were there,” Bender continued, “what would something this tragic look like? And I think our team pulled it off.”

Bender realized as they were making the show, especially filming this particular plot point, that some viewers may be alienated by the scene. “I feel there’s a responsibility to make it as realistic as we can but not jazz it up, which was my approach to the whole show. This is a character piece, and first and out front are these characters, and the brilliant actors I was blessed enough to cast with Brendan Gleeson in the lead,” he said.

The Nerd Element followed up regarding negotiating the realism of the scene with the audience’s possible sensitivity to the relation to current world events. “Well, I think that’s what we did, and when you see it, you may think, ‘Oh, shit, he didn’t need to do that!’

“AT&T [adores] this show and they are so proud of it,” Bender said. “I feel like certain network television—like when we did ‘Under the Dome,’—they never want us to show blood,” he recalled. “You know, the second episode where a guy shoots a gun and it ricochets off an invisible dome and comes back and hits a guy and kills him, I showed blood. It wasn’t like ‘Taxi Driver,’ like an opera of blood spewing out of this guy, it was just a little blood. I can’t show blood? And it became this horrible fight…and that became part of I think the unfortunate legacy of what went on in that show.”

Bender says at the time, he told CBS people are “not made of straw. If you’re gonna show somebody getting shot, you don’t have to glorify it.”

For “Mr. Mercedes,” he has more freedom to be realistic without being overly graphic. “We’re not doing ‘Gunsmoke’ any more where people would die in the street and they wouldn’t have a bullet hole, and their clothes would look like they just came out of wardrobe, freshly laundered. You know, television has changed, thank God. So I think there is a responsibility there and I hope we walked the tightrope of being true and at the same time, not making people run for the hills because it really is a beautiful show, it’s very character-driven and funny and odd and scary,” he said.

According to Bender, King himself sent him the galleys to “Mr. Mercedes” to see what he thought, and the two turned out to be on the same page as to who to cast as Det. Hodges, the man chasing the “Mercedes Killer.”

“I said, ‘Yes I want to do it, but the guy who has to play Hodges is this actor named Brendan Gleeson,’ and [King] said, ‘Oh my God, I love Brendan Gleeson!’ And as fate would have it, we were very lucky to get him. He’d never done a series,” Bender said.

He was also drawn by King’s “writing about the horror inside of us, not the horror outside of us. It’s about these characters and I love that, and responded to it, and we all put it together.”

Bender expressed how gratifying it was to see that King is a fan of the show. “I think in Stephen King-land, because everything he writes gets bought—I mean, there are very few projects and short stories that he’s written that haven’t been made or aren’t about to be made, and so to have him so proud of this and sign up to be an exec producer after he saw the pilot, which he doesn’t have to be, he just loves our show and that’s very gratifying.”

Bender was asked if he’s already thinking forward to a second season; he is. Although they’ve followed “the architecture and the plot of the first book…there are details and characterological things that are changed,” he noted. Based on the events of the second book (which we won’t spoil here), Bender says that they’ve “got some dreaming to do in figuring out” how to present it, but their “plan is to do in success three seasons of 10. That’s our goal.”

“I hope you enjoy it. It’s great. I say this objectively,” he said, smiling.