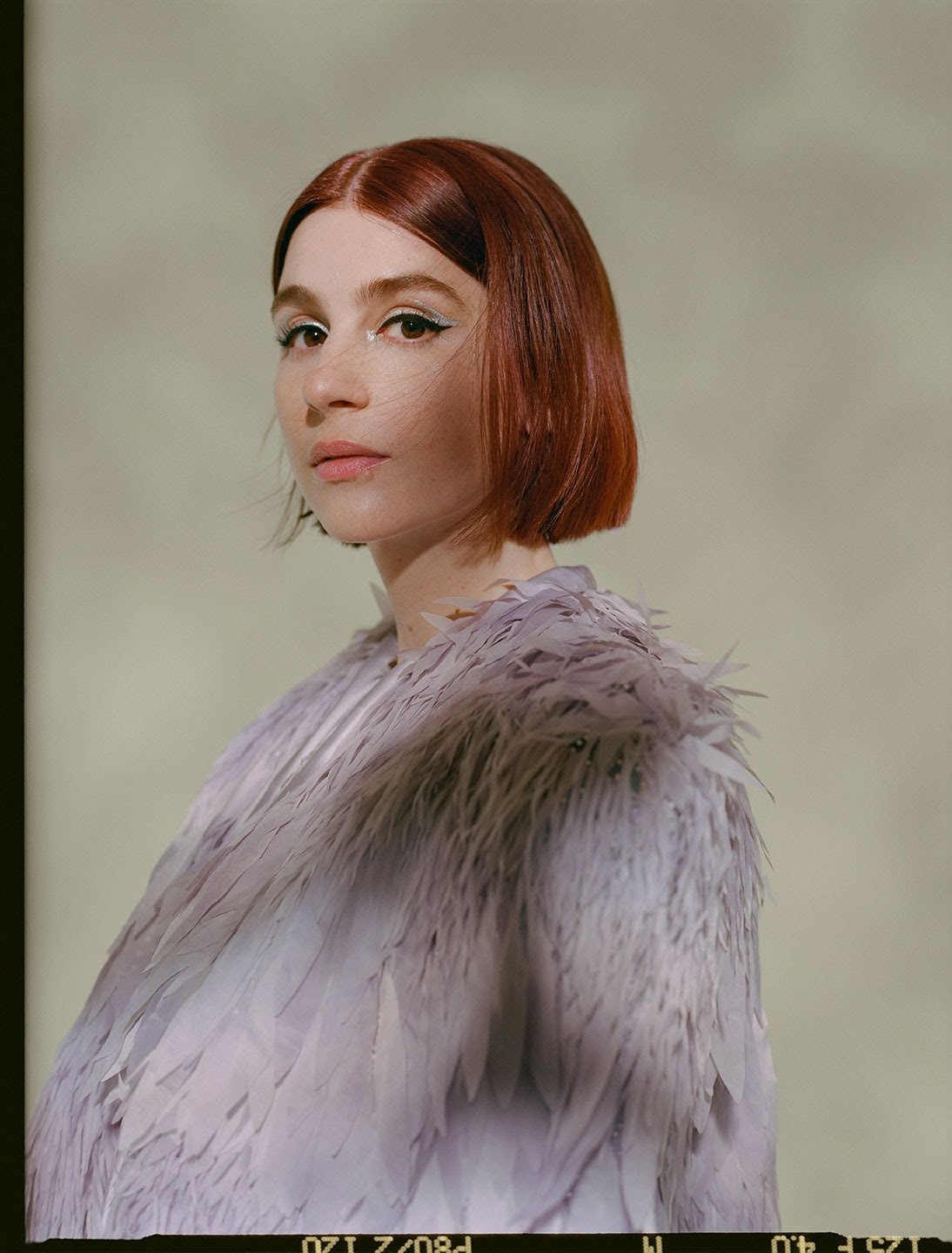 As the leader of The Seven, the superhero group against which the titular Boys of Amazon Prime Video’s “The Boys” fight, Homelander (Antony Starr) is arguably the most powerful being on earth. He’s also one of the pettiest, most insecure “supes” who has no problem destroying anything or anyone who gets in his way. Cross him when he’s in a fit of pique and he may well melt your face off with his heat vision.

At the end of the first season of the series, Homelander had done just that, having killed his handler/lover/mommy figure, Madelyn Stillwell (Elisabeth Shue), for betraying his trust and hiding his son from him. In the beginning of the second season, he’s both feeling his oats as a dad and as the number one person at Vought International, the corporation behind the supes.

Into this mix comes a new character, the apparently fearless and tremendously social media savvy Stormfront (Aya Cash), whose devil-may-care attitude may be more devilish than she lets on.

Starr, who is from New Zealand and has appeared on several series, including the roles of Garrett Hawthorne on “American Gothic” (2016) and Lucas Hood on “Banshee” (2013-16), and Cash, a California native whose roles include Gretchen Cutler on “You’re The Worst” (2014-19), as well as Joan Simon in the 2019 TV mini-series, “Fosse/Verdon,” Sherri on “Easy” (2016-19), and Janet in The Wolf of Wall Street (2013), appeared via Zoom roundtable to discuss the new season. The conversation was free-flowing and frequently funny as the two dissected what makes their characters tick and what the audience can expect from them on the upcoming second season of “The Boys.”

The Nerd Element began by asking Cash if there were any parts of Gretchen from “You’re The Worst” that she carried over into Stormfront, as both characters had an affinity for social media, although they are quite different in other ways, and also how both actors navigate the egotistical clashes of their respective supes.

Cash self-deprecatingly joked that any parts of Gretchen she brought to Stormfront were “accidental because I’m not a good enough actor.” She noted that as an actor, “you can only work from yourself and you can transform somewhat, but I’m sure that there is bleedover in different ways.”

Cash also said that Stormfront is “a lot happier and peppier,” as the character is “a much more excited, outgoing person.” She didn’t want to give too much away where Stormfront is concerned, of course, allowing the audience to experience her first-hand while watching the series, but she did say that as far as Stormfront’s interactions with Homelander, the former’s tactics are very precise.

“She knows that he will only respect her if she [pushes him],” Cash said. “It’s a calibration. You’ll see some moments where she realizes, ‘Oh, maybe I went a little too far and I have to change and shift my tactic,’ but I think she’s very aware of what she’s doing.” Cash added that Stormfront is “bad, but she’s no dummy,” which caused Starr to laugh and reiterate the point.

“I think you’re right,” he said of Cash’s description of Stormfront. “I think that’s what discombobulates Homelander, is that she does hit the ball in the sweet spot 99% of the time,” he continued. Regarding the two supes’ extensive egos, Starr said that when “you see ego, you see an incredibly needy and weak person emotionally, right?”

“Homelander’s ego is pretty massive. I’ve always looked at Homelander as the weakest character in the show emotionally,” Starr said, adding, “so when someone like Stormfront comes with a seemingly laser insight into pushing his buttons, that’s really difficult for him to handle. If she wasn’t so astute and surgical about where she’s attacking me, then it wouldn’t matter.” Starr ended by saying that for season two, this will be “the conundrum that Homelander has to deal with when this pint-size assassin comes in.”

As for why Vought would bring someone like Stormfront, who is vocal about Vought’s weaknesses as well, into The Seven, Cash demurred as to the reason, but did share that the show is “talking around things which is perfect for the world that we live in.” She characterized Stormfront as “very of this moment.”

“She obviously brings something new to The Seven with her social media savvy and with her ability to engage with an audience in a totally different way,” Cash said. She likened The Seven and Vought to show business, which is looking for new content due to the way the world has changed: “There’s ways to get content, and she is the next generation of that. Vought has essentially brought her in to bring in a new audience and sort of bring it current.”

Starr agreed that Stormfront “represents the new, whereas Homelander represents the old.” As the audience learned in season one, Homelander didn’t even do his own social media. “Homelander doesn’t know anything about that,” Starr said. “He’s an old school, chop-the-wood kind of dude.”

In the teasers for season two of “The Boys,” Stormfront is shown coming into a Vought production while live streaming on Instagram, where she puts Homelander on camera and on the spot. “That’s the imbalance of ‘old versus new’,” said Starr. He noted that “a corporation as a cold economically [and] fiscally savvy” as Vought is also knows they need to bring in the younger demographics Stormfront represents. “It’s not ‘Out with the old, in with the new’,” Starr said. “It’s more ‘Yeah, we have the old but let’s introduce the new’.”

Starr was also asked about the power shift that is occurring between the old and the new now that Stormfront is there to push Homelander’s buttons. He began by referencing how ego drives Homelander because of his terrible upbringing.

“Season one was all about Homelander really trying to spread his wings,” he said. “Everything was very external, and it was about him trying to become what he wants to be,” which he said is a god.

“He thinks supes are better and season two is all about dealing with the repercussions of season one because he took some very bold, overt actions in season one to try and accomplish that goal of becoming an all-powerful god,” Starr reflected. “Then in season two, he realizes that when you kill your mummy, you might not have that lovely person to lean on.”

Between his murder of his “hot mummy figure” (as Starr jokingly called Stillwell) and now having to be a dad himself, Homelander “is much more opened up and much more raw and available to be damaged,” Starr teased.

Both Starr and Cash were also asked about playing the villains of the series. Starr, who described Homelander as “a psychopath in Lycra,” said that he’s found people online who like the character despite his villainy because of his tragic backstory. He credits showrunner Eric Kripke and the writers for giving Homelander layers.

He also said that as an actor, he doesn’t “judge what the character’s doing. If I started judging what Homelander is doing,” he said, “then I would maybe not do it in the same way. And I think that if you’re going to be the bad guy, you’re going to be the bad guy, right? You’re always going to look for ways not to redeem but to add different shades of—you want the dark and the light.”

Stormfront coming in as she does “really destabilizes things in a way that he never expected possible,” Starr said. “She doesn’t give a shit about anything that he stands for and anything that he could potentially do to her, and that’s a very new thing for him to have to deal with. It’s an interesting dynamic right off the bat.”

Cash said that what Kripke “does so well is he writes these characters who you know are bad, [but] you have moments of going ‘Oh, I agree with them on that, but not on this, and I think that’s good, especially for the world we live in where we want to make people one thing or another and the truth is we live in paradox.”

Cash was then asked about moving from more comedic roles to one that is action-heavy. Although Stormfront does have some funny lines in the first few episodes that were screened for critics, she is a superhero who does superheroic things.

“I don’t think of acting as sort of comedy or drama. I don’t go into either with different ideas of how to approach a scene,” she said. “I’m usually funniest when I have no idea that I’m being funny because I’m playing it very seriously.”

Cash was placed with a trainer, she said, for two months, and noted she “tried to take Muay Thai, [but] I’m just not someone who’s ever done any of that.” She joked that “walking is a workout, right?” but said that while she tries “to do things for health and vanity sometimes, I’m not a big gym rat by any means.”

“Let’s be honest: my stunt double’s a rock star and did all of the hard stuff,” Cash said, adding that she would say to herself, “All right, I’m going to try.” She laughed as she noted that instead, she would “rely heavily on others’ work and take credit.”

Amazon Prime Video’s hit series, “The Boys,” returns September 4, 2020, for a second season of mayhem, fun, and psychopaths in Lycra, with three episodes being available at once, followed by one-per-week for the rest of the season